The Bold And The Beautiful (B&B) Spoilers: Liam Is Conflicted, Hope And Brooke Push 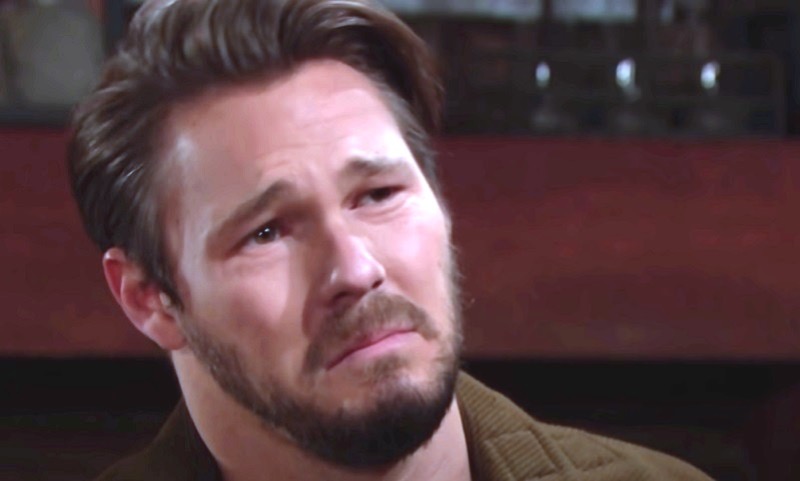 The Bold and The Beautiful (B&B) spoilers and updates tease someone’s very conflicted about pushing too hard, but someone else pushes him in an upcoming episode of B & B!

The Bold And The Beautiful Spoilers – Liam Spencer Is Conflicted

Liam Spencer (Scott Clifton) has been conflicted about telling Steffy Forrester Finnegan (Jacqueline Macinnes Wood) the truth about her shooting. Recent episodes of BOLD revealed that Steffy had blocked out at least three or four years, back to when she was still married to Liam. A recent visit showed she expected that Kelly Spencer (Sophia Paras McKinlay) was still a toddler when she’s nearly ready for kindergarten!

Taylor Hayes (Krista Allen) has advised not to push Steffy to remember too soon because repressing traumatic memories is a defense of the psyche. But Liam is being pressured by his wife and his mother-in-law to quit playing along with Steffy’s fantasyland!

After so many years of Liam waffling between Steffy and Hope, viewers can suppose that Steffy’s belief that she’s still married to Liam could feel threatening! Hope and Brooke push Liam to tell Steffy the brutal truth that she was married to a man who was killed in front of her! They cite as reasons Hayes Forrester Finnegan (Piper Harriott) needing his mother, and Kelly not being misled that her parents are back together! Brooke and Hope – likely with Brooke pressuring her – continue to pressure Liam to deliver Steffy a strong truth bomb! Brooke tells her daughter that her husband is no longer Steffy’s husband and if she wants it to stay that way, Steffy has to know! 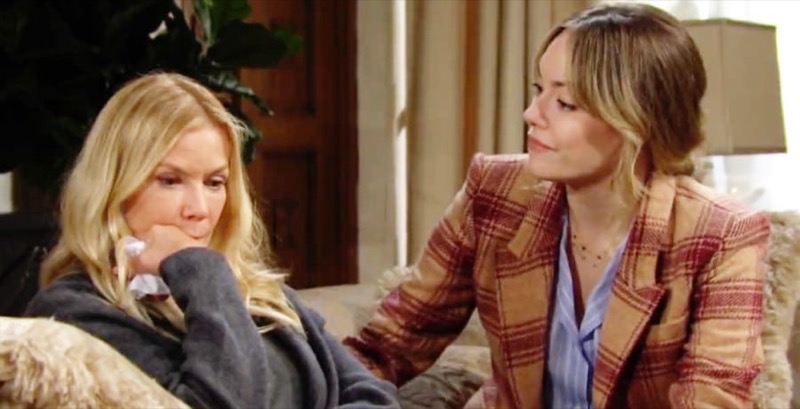 Liam remains torn between Taylor’s advice and Brooke and Hope pushing him to push Steffy to remember and asks Dr. Bridget Forrester (Ashley Jones). Bridget, being Brooke’s older daughter knows where she’s coming from but agrees a hard push could do more harm than good. Perhaps Steffy’s memory could use some gentle coaxing and together, the families can find a happy medium.

Liam thinks that possibly showing Kelly a photo of Hayes or even bringing him for a visit might help jog Steffy’s memory, at the very least she’ll adore him. But he still dreads her reaction when she remembers John “Finn” Finnegan (Tanner Novlan) and wants to know where he is, or worse has traumatic memories surface!

Liam Spencer’s Tired Of Being Nagged!

Liam still conflicted, does tire of being constantly nagged by Brooke to pop Steffy’s comfortable bubble and give her the lowdown on the reality that’s getting old! He finally gives in, after he sees Hope having difficulty hiding her anger at his constant coddling of Steffy, even though it’s in her best interests! He finally agrees to tell Steffy the truth but he will do it in a gentle way and he wants her family, Ridge, and Taylor to be present! Liam also wants everyone to be on board with this rather brutal reality check, and Brooke and Hope finally agree to the plan! Everyone will be there to support Steffy as she’s told – gently – about what really happened that night!