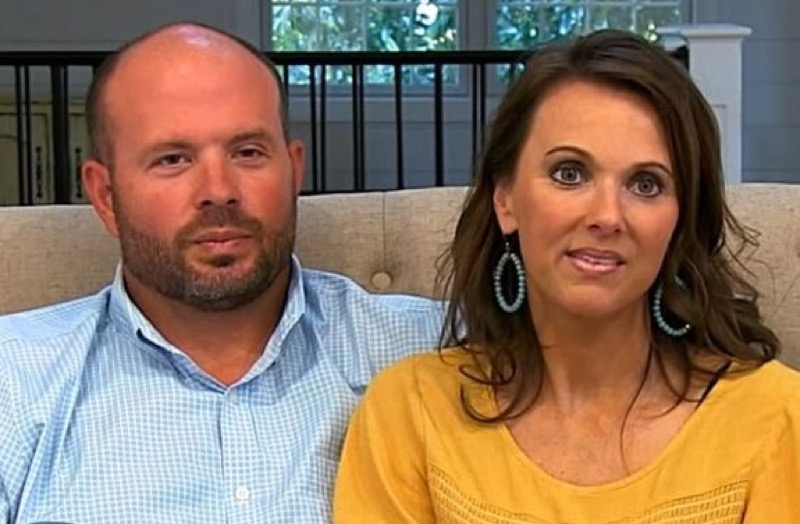 Sweet Home Sextuplets no longer airs on TLC, but Courtney and Eric Waldrop keep their fans updated about their nine kids all the time. Unfortunately, the latest news involved Rayne, one of the six babies. Instead of enjoying a happy anniversary, they had to rush their cute daughter to the ER. Will she be okay? Read on to find out.

Nine kids mean a lot of visits to the doctor’s room every year. Saylor, the eldest son has two younger twin brothers, Bridge and Wales. Then, there are the six babies. Blu, Layke, and Tag are full of mischief, and their sisters, Rivers, Rawlings, and Rayne are also very active little girls. In the past, fans always predicted that Blu would be the one who visited the ER the most often.

Recall, as a little kid, he was always climbing up on the cupboards and banisters. In March, fans saw that the girls went to the doctor to get their jabs, and Rawlings wasn’t feeling it. In fact, she was in a total mood. Unfortunately, this weekend, Rayne went to the ER for something worse than a scary needle.

Sweet Home Sextuplets fans know that raising so many kids can be extremely stressful. In fact, back in Season 1, people got exhausted just watching Courtney raise her brood. This time last year, the family nearly had an accident, that could have been terrifying. Driving to watch Saylor play baseball, their tire suddenly deflated.

If they’d been traveling at high speed, it could have been disastrous. Anyway, Courtney always gets a bit shaken up when the kids are close to danger. So, she explained that she was a bit panicky this weekend when they rushed Rayne to the ER.

Sweet Home Sextuplets – Why Did Rayne Land Up At The ER?

This weekend, Courtney Waldrop took to her Instagram and shared that she and Eric didn’t celebrate their anniversary as she hoped. Instead, they took their daughter to the ER. In her post, she shared a photo of Rayne with a cut and bloodied chin. She said in the caption, “Thank you all for the sweet Anniversary wishes!!😘 This is how we spent it😩.”

Apparently, Rayne Waldrop “fell and busted her chin open.” So, they spent a long time at the ER, only getting home in the wee hours of the morning.

The Sweet Home Sextuplets’ mom told her fans that Rayne was fine after medics numbed her chin and cleaned her up. However, she also mentioned that all three girls have now been to the ER in the past year. Apparently, like Rayne. Rivers also “busted her chin.” Meanwhile, Rawlings broke her arm. So, she has no idea how Tag, Blu, and Layke avoided a similar fate.

Rayne Will be Fine

The cute kids from Sweet Home Sextuplets later settled down happily as she got a popsicle after she was tended to. According to Courtney, “Popsicles work miracles!!😝.”