Sweet Home Sextuplets Update: Rivers Is All Mood At The Doctor’s Room 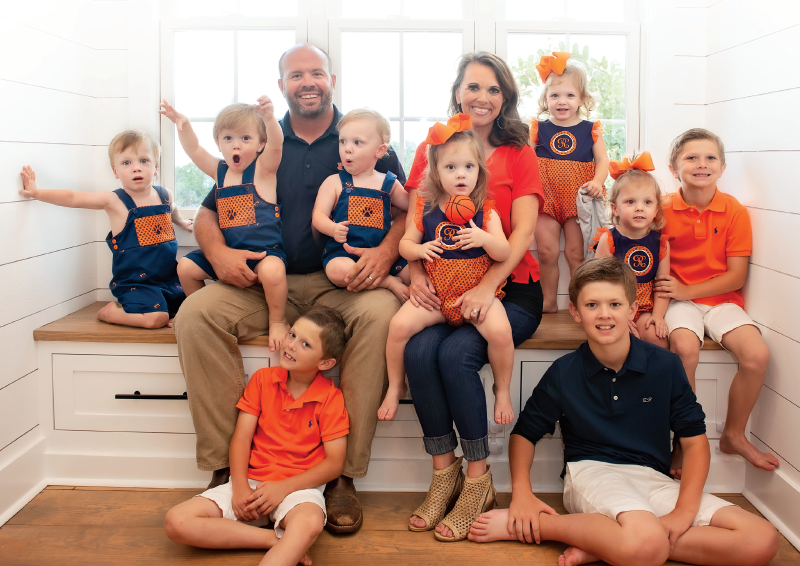 Sweet Home Sextuplets fans might not see the Waldrop family on TLC anymore, but they certainly aren’t forgotten. When the show ended, Courtney promised to keep her fans updated about the sextuplets and the three older boys. If you don’t know, Eric and Courtney raise nine kids and three of them are girls. This week, Rivers wasn’t feeling it when the girls went to see the doctor.

TLC fans felt very disappointed because Courtney and Eric decided not to live the rest of their lives on national TV. Well, they also understood that Eric works really hard with his landscaping business and small ranch. Plus, filming and raising nine children must be exhausting. Additionally, the older boys, Saylor, and the twins, Bridge and Wales play a lot of baseballs and Eric coaches them. Well, if you miss the family, then make sure you follow Courtney on Instagram,  who puts up plenty of updates all the time.

Sweet Home Sextuplets fans also heard that the older boys especially, found it difficult coping with the demands of filming for television. Of course, as they were filmed all the time practically from their birth, the sextuplets didn’t really know any other life. Well, you probably recall scenes like the sextuplets being potty trained. But now they are four years old, and time seems to have flown by. Rivers, Rawlings,  Rayne, Layke, Blu, and Tag are very active kids nowadays.

Rivers and her sisters went off to the doctor this week. Courtney told her fans that it was time for their checkup at the age of four. In the cute clip that she shared, the pretty bunch of kids sat in a row in the waiting room. There, they passed the time by singing Mary had A Little Lamb. Well, they had to invent some of the words, so Courtney wrote, “Love the ending..one of those times you don’t know what it says so you just make up the words!!🤣”

Sweet Home Sextuplets fans saw that Rivers definitely was not in the mood for singing along with her sisters. Well, the usually smiling kid wasn’t happy while they sang the song, and it turns out that Courtney gave fans a big hint as to why she was all mood. In her caption, she also talked about shots. She wrote, “4-year-old check-up today and shots for the girls😩.” Then she added, “This is what we did to pass time as we waited!! Rivers was not in the mood to sing🙈.”

Sweet Home Sextuplets fans could understand the way Rivers felt. One of them wrote, “They are so adorable!!❤️ They always bring a little cheer to my day. Shots are no fun though! 😢 Thanks for sharing!”

Another fan commented, “❤️😍😮 aww hope they did well with the shots I still don’t like shots lol.”

The Young And The Restless (Y&R) Spoilers: Adam Makes Threats To Ashland