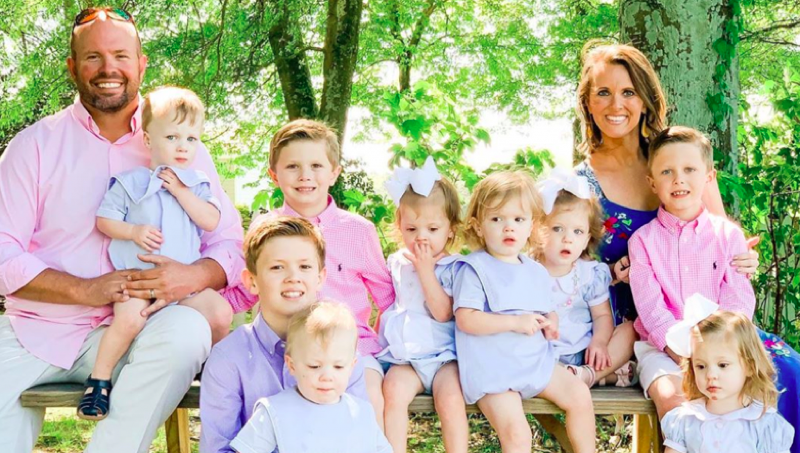 Sweet Home Sextuplets spoilers and updates tease that fans loved all the cuteness brought to their screens by the Waldrop family. Babies, lots of them, appeal to people of all ages, so the show got good ratings. However, it all came to an end, and now it joins the list of canceled TLC shows. Courtney promised fans that they will remain active on social media. So, what has the family been up to in the last month?

When the Waldrop family arrived on TLC, fans were already familiar with shows that include many little kids. Jon and Kate Plus 8 fizzled out into a toxic soup. Then, fans also followed the 7 Little Johnstons family. Notably, the Busby family from OutDaughtered also brought a  family with loads of kids. But somehow, Courtney and her nine kids grabbed everyone’s heart.

If you don’t know the Sweet Home Sextuplets show, you need to know that Courtney and Eric produced three older boys: Saylor, and twins, Bridge and Wales. Then, along came the sextuplets, Layke Bryars, Blu Wellington, and Tag Bricker, three boys. Then the girls are Rivers McCall, Rayne McCoy, and Rawlings McClaine. When Courtney told her fans in July they didn’t renew the show, it seemed like the decision came from them rather than TLC.

Sweet Home Sextuplets Updates – Catching Up With The Cast

Despite no longer featuring on the TV show, Courtney Waldrop keeps feeding fans some interesting things on social media. Finally, and probably because the show ended, she and Eric found the time to answer zillions of parenting questions in three parts. Actually, Eric always looked so tired as he helped with the kids, plus he ran his landscaping business and the livestock on the farm. Perhaps he needed a break from filming before he burned out.

The Sweet Home Sextuplets family looks like they had a fun summer. well, most of them anyway.  On Instagram, Courtney shared a photo of the kids who started swimming lessons. Unfortunately, Rawlings couldn’t take part as she broke her arm.

One photo that seemed very cute showed Layke watching his dad work. Clearly, Eric didn’t take much of a break this summer. Courtney said that Layke would get up and drive the big machine in a second if he could. 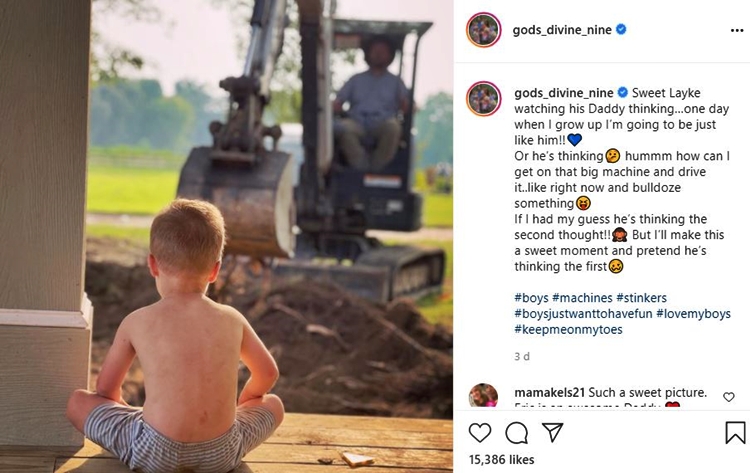 The Sweet Home Sextuplets mom also shared a photo that showed the progress on their renovated ranch-style home. The building still continues, and she can’t wait for the bedroom to be completed.

Big Boys Move Up A grade In School

For the Waldrop family, it’s time to think about school. Proud of her three big boys, Courtney shared a photo of Saylor, Bridge, and Wales. She explained, “Saylor-First day of 7th Grade:(Middle School Begins): Wales and Bridge-First day of 3rd Grade.“ 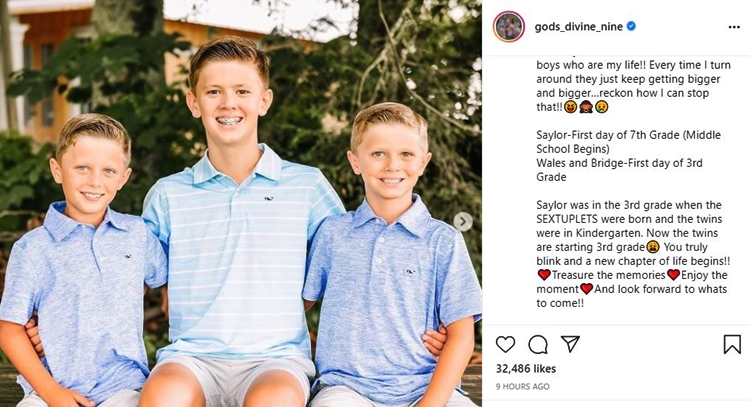