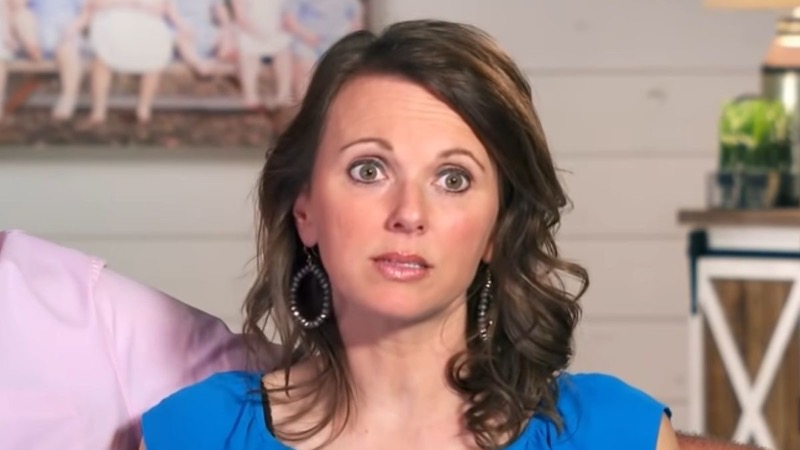 Sweet Home Sextuplets spoilers and updates tease that mom Courtney Waldrop and Danielle Bubsy on OutDaughtered share a lot in common. Both moms produced older kids and both moms raise multiples. Unsurprisingly, they see each other’s posts on Instagram, and sometimes, they comment on them. This time, Courtney spotted a post that Danielle shared on allowances and Courtney loves the reward system that she uses.

On Tuesday this week, Danielle took to her Instagram and shared a photo of her quints and their big sister Blayke. They all sat around a big chart with bunches of marks on it. In her caption, the OutDaughtered mom said, “It’s the girl’s favorite day of the month, 💵payday💵.” The TLC star explained that “each week the girls earn good marks, which then add up to allowance at the end of the month.” She also noted that it looked like the system works well.

Actually, it’s not the first time she talked about the kids earning their allowance. Back in January, she revealed the kids out shopping with their allowances. Perhaps the Sweet Home Sextuplets mom missed that post. Then again, this time, Danielle explained how they earn it. Whereas, in January, it seemed the kids might earn money for allocated chores. Judging from all the marks on the chart, it looks like Parker Kate scored the most points, followed by Hazel. 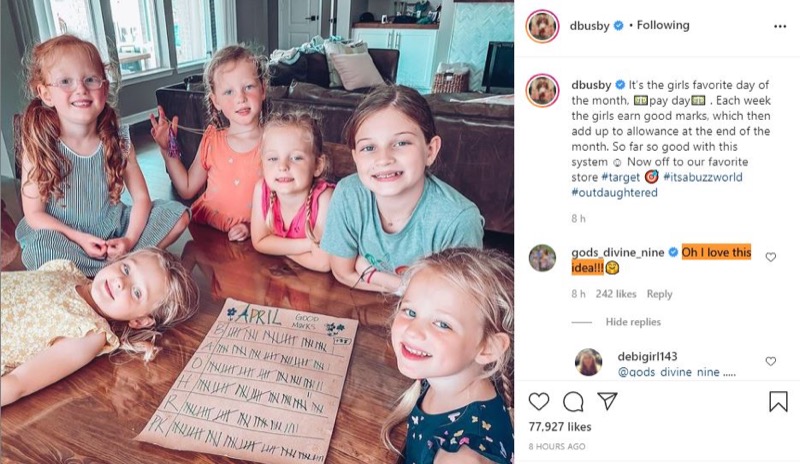 The Sweet Home Sextuplets mom wrote, “Oh I love this idea!!!🤗.” In response, a TLC fan noted, “y’all gonna have to something like Danielle but start with nickels and dimes cause of [the] amount of Babies y’all have.” Actually, allowances for all six of the little kids, plus the twins and the oldest son might add up to a lot of money each month. Right now, the Waldrop babies, Blu, Layke, Tag, Rawlings, Rivers, and Rayne might be too young for allowances. 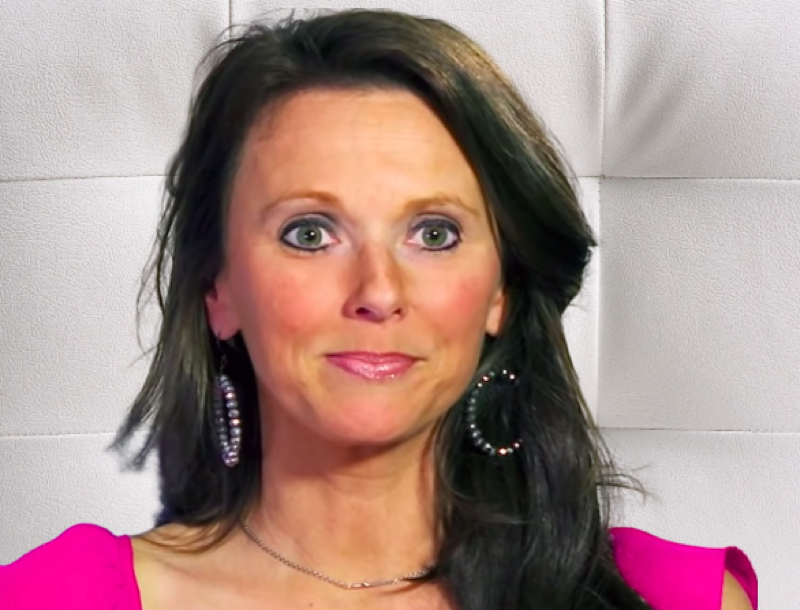 The older boys in the Sweet Home Sextuplets family probably earn some sort of allowance and it might interest fans to know what system she works on. Perhaps she will mention it on her Instagram one day. Some fans seem a bit at sea on how to pay their kids. They know that they shouldn’t pay the kids to do their standard daily chores. Also, some outlets mention the kids shouldn’t view their money as bribes paid for doing a chore they would normally do as routine anyway.

Amy Nathan, author of The Kids Allowance Book suggested that taking away money for bad behavior seems like a bad idea, as well. So, the children might just be on good behavior for financial reward. Perhaps Courtney also struggles to find the best way to figure out allowances.

Remember to check back with us often for more news about TLC’s OutDaughtered and Sweet Home Sextuplets.