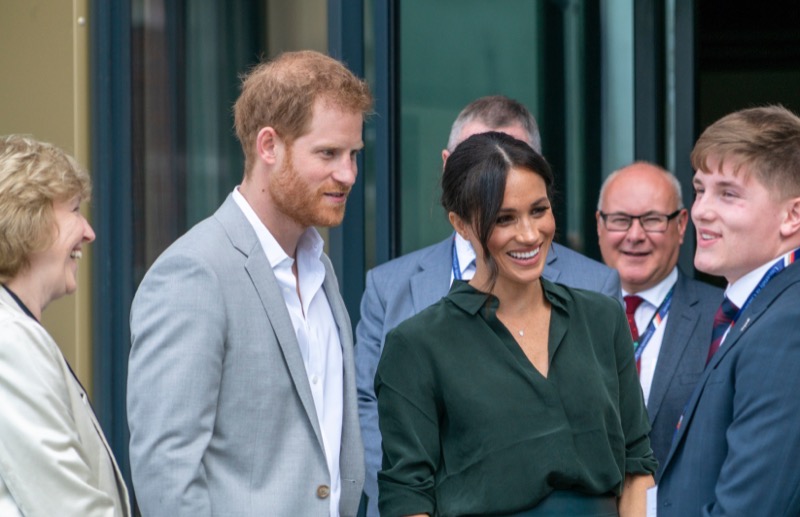 Royal family news reveals that British writer and royal commentator Tom Bower, 75, penned an opinion piece for The Sun about the possible outcome of Harry and Meghan’s surprise visit to the Queen. He said it was likely that the meeting was “perfectly orchestrated by their Hollywood Advisers” and made to be a “dramatic plotline” in “their all-important Netflix documentary”.

He went on to add that the notion that the Sussexes will attend the Queen’s Platinum Jubilee after the “clear the air” meeting is wrong because it wouldn’t fit in with Meghan’s “optics”.

According to biographer Tom Bower, he doesn’t believe Meghan and Harry will show up for the Queen’s Platinum Jubilee because they can’t stand not appearing on the balcony or riding in carriages as the other senior members of the royal family.

“Instead, they would probably be relegated to the VIP stands. The “optics”, as Meghan would say, would not be good,” Mr. Bower wrote. “On their insistence, in America, they are treated as senior members of the Royal Family.”

That’s the same family which they betrayed not only in the Oprah show and in the Apple TV interviews, but also by selling their name to commercial enterprises.

“Using his royal status to earn money was banned by Harry’s “divorce” agreement with the Queen at the Sandringham summit in January 2020. Yet he and Meghan continue to be introduced as the Duke and Duchess of Sussex.”

He continued: “For the Sussexes, it is seemingly all about money and status. But for the Queen, Charles and William it has become a family tragedy — and an existential crisis.”

He went on to add that Harry’s refusal to acknowledge Camilla as future Queen must have been “hurtful” to both Charles and Camilla.

“His silence was a portent of horrors to come in his memoir and the Netflix documentary. He blames Charles for his unhappy childhood and blames Camilla for wrecking his parents’ marriage.”

“Having spectacularly busted up with her father, Meghan seems to be happy for Harry to drift apart from his own father.”

The author of “Nazi Gold” went on to say that he doesn’t believe the Sussexes retracted any of their numerous claims in the Oprah interview and only ever wanted to see the Queen in order to keep Netflix money flowing in. The Queen, according to Mr. Bower, would be unhappy that the Sussexes have once again exploited her well-meaning advances to establish peace within the family.