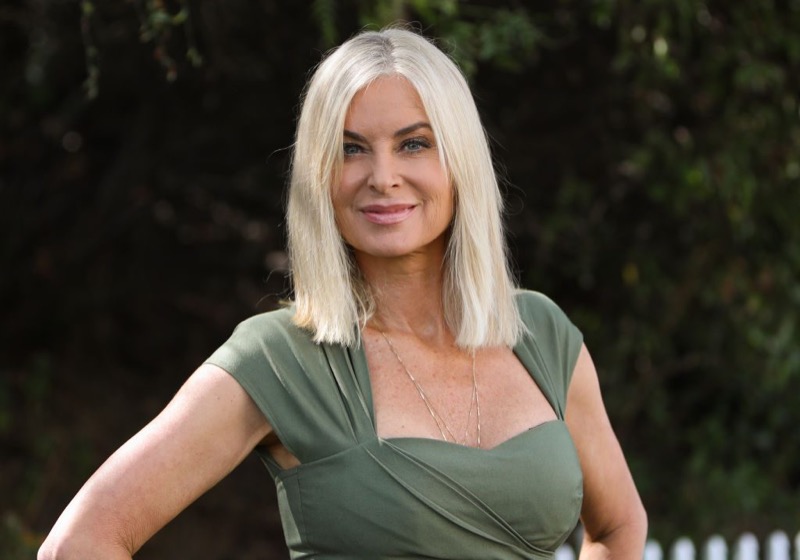 The Young And The Restless (Y&R) spoilers and updates tease that Eileen Davidson, known for her roles on The Young And The Restless and Days Of Our Lives, also starred for a few seasons on The Real Housewives Of Beverly Hills (RHOBH). And now the fan-favorite has revealed who helped her the most through her diva-filled drama with the other Housewives. But for those who hope for Eileen’s return to RHOBH, she also dropped a clue.

Find out what the Young And The Restless star shared as she looks back on her Real Housewives experience. And see if the actress could ever return. But here’s the real test for Eileen Davidson fans: Can you guess what she learned from RHOBH? Discover the answer below!

Real Housewives Of Beverly Hills (RHOBH) famously makes or breaks its cast members. And for Young And The Restless star Eileen Davidson, that near-breaking point came early in her three years on the reality TV show. But in the process, Eileen “learned a lot about other people and what they’re capable of. And me too,” she said per Soaps.

Known as Ashley on Young And The Restless and Kristen/Susan on Days Of Our Lives, Eileen felt like she never quite fit in for all three of her seasons on RHOBH. But at the same time, Davidson subtly threw shade at the long-time cast for not helping her. For instance, Kyle Richards offered no help with appropriate style.

As a result, Eileen recalls asking Kyle for advice on what to wear to her barbecue. And when Richards dismissed Davidson as “just barbecue” attire, the soap opera star showed up in a beach dress. Oops. All the other cast members stepped out in their finest gowns!

But Davidson didn’t wallow long in getting style misdirection from Kyle. After that, she always chose fashions “the opposite” of what Richards said! And Eileen did try to confront Kyle: “Oh, Kyle, you just told me to summer dress, and you’re wearing a silk caftan!” As a result, though, the actress feels that she never quite conquered the “learning curve.”

And Kyle Richards doesn’t get all the blame for Eileen Davidson’s Real Housewives problems. For instance, the actress feels that Bravo TV’s editors deliberately made her appear like a “hick.” But Eileen also blames some of the other RHOBH cast for throwing shade at her beloved jumpsuits and overalls.

But Davidson also credits another soap opera star for helping her survive those three RHOBH seasons. Days Of Our Lives star Lisa Rinna supported Eileen throughout her Real Housewives experience. And Rinna even gets credit for Davidson agreeing to the reality TV show initially. “We ended up having a lot of fun together,” recalled Eileen fondly of Lisa. And now fans hope those fun memories will persuade Davidson to return for another RHOBH season!

Tell us what you think. Do you wish that Eileen Davidson would return to Real Housewives Of Beverly Hills? And after you’ve shared your views, check back on our site for more reality TV, Days Of Our Lives, and Young And The Restless news!