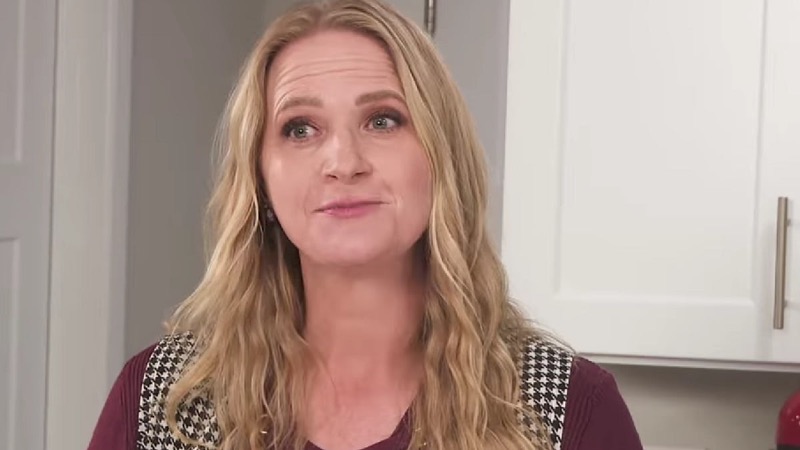 Sister Wives fans felt very happy when they heard that Christine Brown landed her very own cooking show after Season 16 on TLC. Some fans were afraid that the upcoming Season 17 might be the end of the series. And, others hoped it would be. But, it seems that everyone who turns in and watches the new show loves it. In Episode 3 this week, fans saw that she made some Thanksgiving rolls, but they are fine for just about any occasion. So, fans gave her a huge shoutout.

While some fans might have tuned in for the first episode of Cooking With Just Christine to support her, it looks like most of them return because of its good value. Firstly, she’s not a slob in the kitchen, which fans appreciate. At the same time, she doesn’t go over the top, so fans at home can easily replicate what she makes. Importantly, she uses ingredients that almost anyone can afford to buy from their nearest retailer. Then another draw-card, is that TLC fans get to see much more of Mykelti. The last two episodes featured her in the kitchen with her mom.

Sister Wives fans know that Kody’s third wife practically raised most of the kids in the Brown family. So, she has years of experience when it comes to making tasty meals with affordable ingredients. Recall, Meri only had one daughter, Mariah, and a lot of the time, Janelle worked. So, that explains why fans get so angry with Kody when he speaks badly about his now ex. Anyway, these days, Mykelti’s mom looks happy, relaxed, and professional as she films for Cooking With Just Christine

Christine Brown and Mykelti made some dinner rolls. Christine said that it’s not Thanksgiving, but they can be made for any occasion. Apart from taking fans through the easy steps, she also made delicious-looking sandwiches out of them. At the time, she talked about mixing and matching the correct combinations for tasty and nutritious fillers. We’re willing to bet that a lot of people ate dinner rolls with tasty fillings for dinner on Sunday night.

Plenty of comments arrived from Sister Wives fans about  Christine Brown’s Thanksgiving rolls for any occasion. One fan raved about them being the “best ever dinner rolls.” Meanwhile, others agreed that the recipes seem easy to make, with delicious results. One enthusiastic fan who shouted out the show said, “Oh THANK YOU Christine and Mykelti !!!! For the best Dinner Rolls recipe.
I love this show !!!”

Another person opined, “I’m loving this channel. Happiness and food … always a great combo ❤️.” Meanwhile, others urge TLC to give Kody’s ex a real cooking show on their main channel. Right now, you can’t find it on the main site where they air shows like OutDaughtered and 90 Day Fiance.  If there is any criticism, it comes because fans hope to see more of all her kids on the show.

Your Thoughts On Cooking With Just Christine?

Did you tune in and watch Sister Wives star Christine Brown doing her cooking show? Do you agree that she makes it interesting, fun, and at the end of it all, nice to copy? Let us know if you ever tried out one of the recipes, and how it worked out for you.

Be sure to catch up on everything happening with the TLC show right now. Come back here often for more Sister Wives spoilers, news, and updates.