General Hospital (GH) spoilers and updates tease Josslyn Jacks (Eden McCoy) has been put into a bad position. Joss has been dating Cameron Webber (William Lipton). Joss and Cameron decided that they would take their relationship to the next level. Joss and Cameron did not know that Esme Prince (Avery Kristen Pohl) would film their first time together. Esme has posted the video which has caused Joss and Cameron to have many problems.

Joss and Cameron believe that Esme is behind their problems. Esme has been trying to find a way to frame Trina Robinson (Tabyana Ali) for filming Joss and Cameron. Esme wants to discredit Trina in the eyes of her boyfriend Spencer Cassadine (Nicholas Chavez). Esme knows that Spencer and Trina have been getting close and she wants get Trina away from Spencer. Joss and Cameron believe that Trina is innocent and want to help her prove her innocence. Joss and Cameron want to get Spencer to help them to prove that Esme is the one who is guilty. Spencer is having trouble with his feelings about Trina and Esme because he does not want to believe that either one of them is guilty. Cameron and Joss will have to find a way to get Spencer to believe that Esme has framed Trina. Cameron and Joss are determined to make sure that Trina does not get into trouble because of Esme. 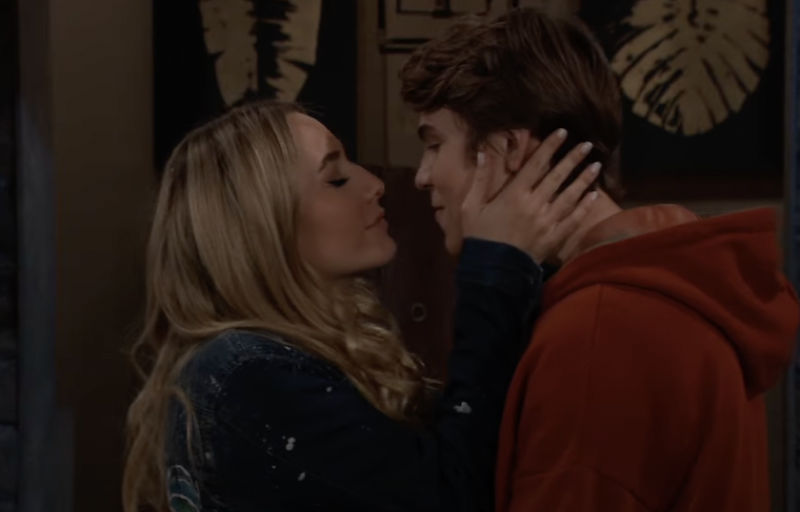 Josslyn Jacks And Cameron Webber Deal With The Fallout