Days of Our Lives (DOOL) spoilers and updates tease that Kayla Johnson (Mary Beth Evans) will be ordered to fire Marlena Evans (Deidre Hall) after the fallout from her possession last fall. Will Kayla lose her job by refusing to fire her friend?

Days Of Our Lives Spoilers – The Board Wants Marlena Evans Gone

Days of Our Lives Marlena has already revealed that she is afraid she is about to get fired from her job at the hospital. While Marlena was possessed, the devil handed out some pretty shady advice that Marlena’s patients followed causing their lives to be turned upside down. Marlena even encouraged one woman to cheat on her husband causing their marriage to blow up. Now the fallout is catching up with Marlena and is about to ruin her career of several decades. However, Kayla may find it hard to bring herself to fire her friend even though she attacked her as well. Will Kayla sacrifice her job by defending Marlena?

Days of Our Lives Leo Stark (Greg Rikaart) is rumored to have his eyes set on Kayla’s job for his boyfriend Craig Wesley (Kevin Spirtas). Kayla’s job could easily be on the line if she refused to fire Marlena and Craig may be waiting in line for that Chief of Staff position. However, Craig may also be using that position to trap Leo as well. Craig knows what Leo has done in the past and that he could be trying it with him. Craig may act interested just to get Leo to show his hand. Will Craig take Kayla’s job? 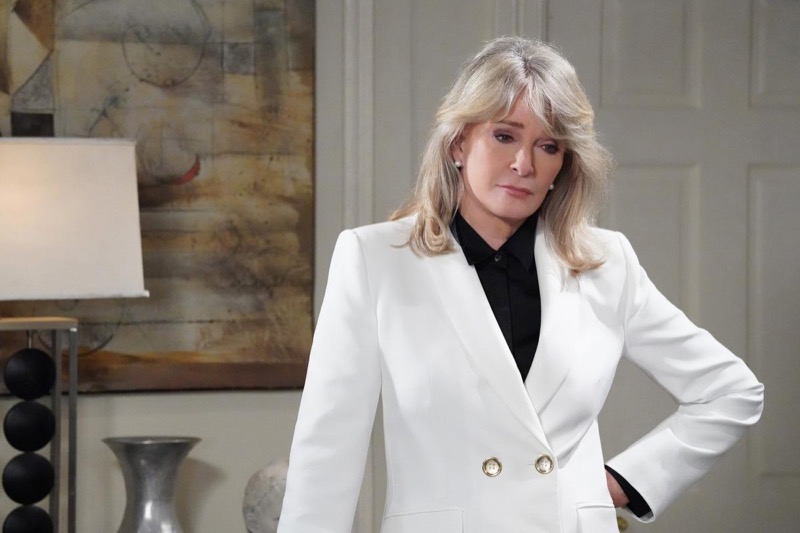 Kayla Johnson May Be Willing To Fire Marlena Evans

Days of Our Lives Kayla may be more than willing to fire Marlena after she attacked her. Kayla knows that Marlena was not in control but she still hurt her. Marlena also put Tripp Johnson (Lucas Adams) in a coma and on a ventilator. Kayla could feel that Marlena is no longer capable of doing her job. Marlena needs to take some time to deal with her issues before she can help others with therapy. There has to be some underlying issue that allows Marlena to be possessed time and again. Is it time for Marlena to concentrate on her mental health instead of trying to help others?

Kayla worked hard to get the job she has and cannot afford to lose it for someone else. Will Kayla do as the board asks or stick up for her former sister-in-law?