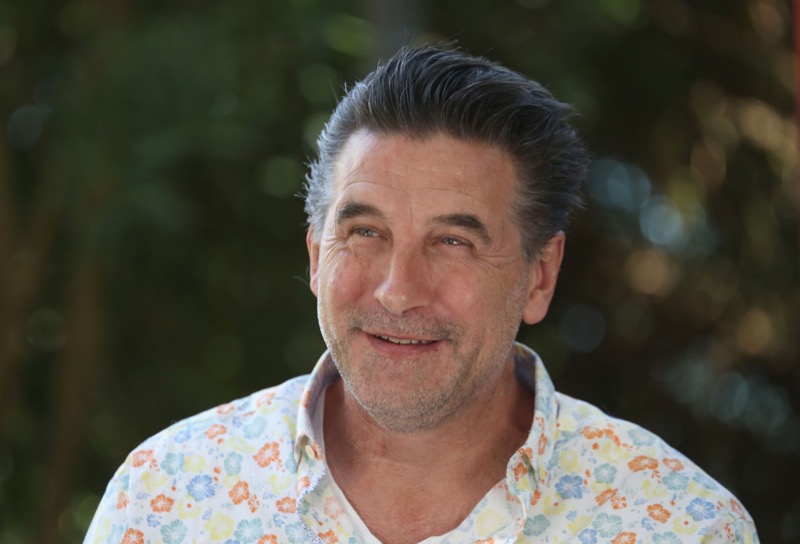 Days Of Our Lives (DOOL) spoilers and updates tease that Billy Baldwin, the brother of Alec Baldwin, auditioned for a part in the daytime soap. Unfortunately, it didn’t turn out too well for the actor.

In an Instagram post, the actor shared the details of his audition. At that time, he signed with J. Michael Bloom and Associates as his agent. IT was an exciting yet scary time for the actor.

Baldwin shared that he went on several meetings and auditions with showrunners, casting directors, network executives, etc. He eventually found an opening and took the opportunity to audition for a DOOL part early in his career.

“One time I was submitted to read for the soap opera ‘Days of our Lives,” he said. The actor revealed that during that time, he was unsure whether he wanted to do soap. But he took the chance anyway for experience and exposure.

DOOL was looking for an actor who was an “Alec Baldwin Type.” But not only that, the actress who’s playing the character’s love interest was someone he knew and spent a lot of time with.

“Ironically… I was reading to play the love interest, Ivy Jannings,” the actor continued.

At that time, Ivy Jannings was portrayed by Holly Gagnier, who was the fiancé of Baldwin’s brother, Alec. Obviously, they knew each other and spent time together when he was in NYC.

Unfortunately, he didn’t get a call back after he read for the part. His agent, brother, and even Gagnier didn’t mention his performance during the audition.

“It just disappeared and was never mentioned again as if it never happened,” Baldwin said.

Belle Brady (Martha Madison) will have some new information about the case of EJ Dimera (Dan Feurriegel). The latter will feel down and unhappy but Belle will try to offer him support as his friend and attorney. Meanwhile, Orpheus (George DelHoyo) and Clyde Weston (James Read) will scheme against EJ.

Meanwhile, trouble is brewing at DiMera Enterprises. Chad DiMera (Billy Flynn) and Gabi Hernandez DiMera (Camila Banus) will both vie for the CEO title. They have no idea that Johnny DiMera (Carson Boatman) is revealing himself as the devil to Jake DiMera (Brandon Barash)