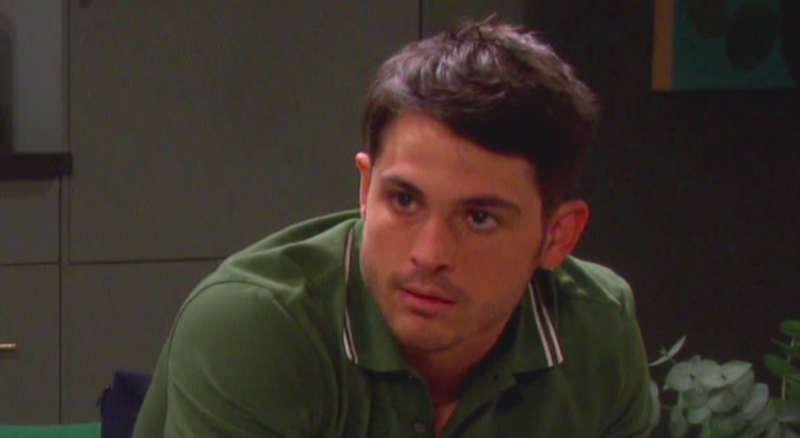 Days of Our Lives (DOOL) spoilers and updates tease that Sonny Kiriakis (Zach Tinker) will suffer a case of visual TMI and disapprove of Justin Kiriakis’ (Wally Kurth) marriage to Bonnie Lockhart Kiriakis (Judi Evans) in an upcoming episode of Days of Our Lives!

During the week of March 7-11, Sonny and Will return to Salem, and Days of Our Lives viewers will see that the main reason that they are returning is that they’re answering a distress call! Days of Our Lives viewers will recall that Brady Black (Eric Martsolf) and Chloe Lane (Nadia Bjorlin) have been trying to talk some sense into her father, Craig Wesley (Kevin Spirtas) about his new boyfriend – Leo Stark (Greg Rikaart)! While in Salem, Will and Sonny of course both will catch up with their families; Will seeks out his grandmother Marlena Evans (Deidre Hall) and he’ll eventually get around to the rest, including his younger sister Allie Horton (Lindsay Arnold) and perhaps his half-brother Johnny DiMera (Carson Boatman). Later, Will and Sonny might check in on their buddy Chad DiMera (Billy Flynn) as well, but for this week on Days of Our Lives, Will checks in on Marlena, and Sonny checks in on the Kiriakis clan.

Days Of Our Lives Updates – Sonny Kiriakis Sees London, He Sees France, He Sees Bonnie Kiriakis Has No Underpants!

Days of Our Lives viewers will see Sonny head over to the Kiriakis mansion and he’ll see something he cannot unsee – he’ll walk in and he’ll see London, he’ll see France, and he’ll see Bonnie has no underpants – or anything else on! The Days of Our Lives weekly preview shows he turns around and covers his eyes immediately, like Justin, who is still fully clothed, steps in front of Lady Godiva-namely Bonnie, and she quickly puts her robe back on! Bonnie and Justin were in front of the fireplace, though they had the Kiriakis mansion to themselves, and Bonnie told Justin she always wanted to make love in front of a roaring fire! Viewers can be sure all three Kiriakises’ faces felt like they were on fire during that embarrassing situation, and certainly, Sonny will apologize for interrupting their would-be passionate moment, perhaps being reminded to knock or ring the doorbell! 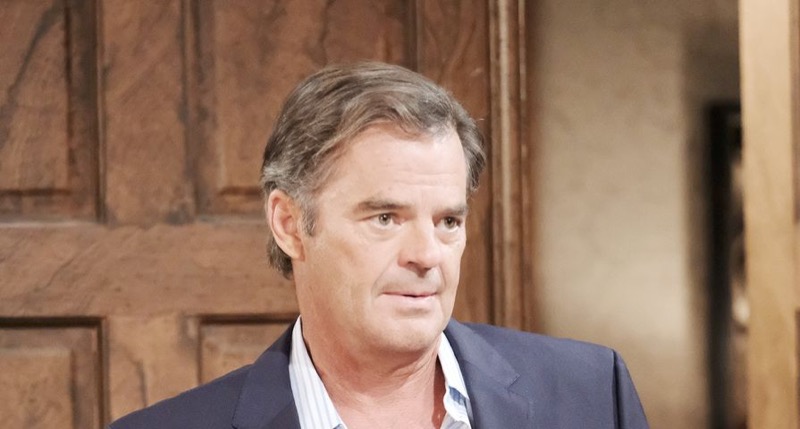 Once Sonny and Justin have a chance to talk alone, Days of Our Lives viewers can expect that Sonny will admit that he’s never been on board with either Justin’s relationship with or marriage to Bonnie. It’s possible that Sonny thinks that Bonnie is using Justin or that because of her marked resemblance to his late mother Adrienne Kiriakis (Judi Evans) that Justin is trying to subconsciously replace Adrienne.

Days of Our Lives viewers will recall that Justin has been accused of that before, early on in his and Bonnie’s relationship. Justin loves Bonnie for Bonnie, and the fact that she resembles Adrienne has nothing to do with it, and he’ll hope, as with his other friends and relatives, have done, that Sonny will give her a chance. Sonny still will be wary of Bonnie and any acceptance won’t be immediate, but he’ll be fair and give it a try.