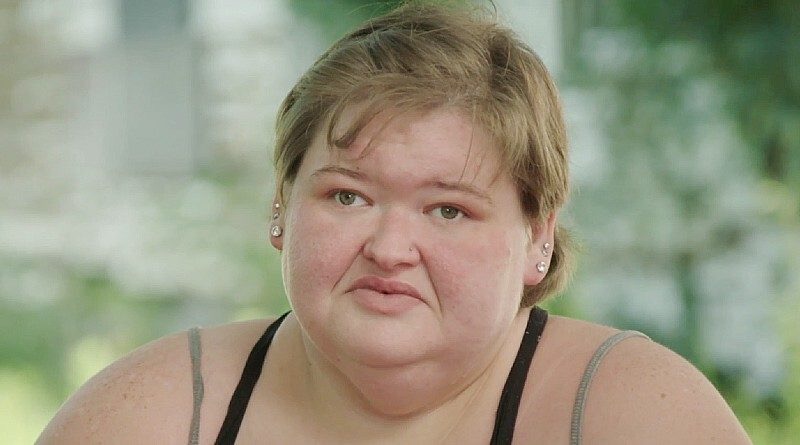 1000-Lb Sisters star Amy Halterman told her TLC fans on January 2 that she expects another baby. Actually, the news came during Season 3 of the show. So, fans seemed surprised that she announced the news. After all, if Season 4 comes along, it could potentially cover her second pregnancy. Recall, in Season 2, fans saw that she gave birth to baby Gage.  This weekend, Amy revealed the gender of her second baby.

In Season 2 of the show, Amy fell pregnant before the doctor advised that she do so. Recall, she had not yet reached the optimum weight. Plus, it came hard on the heels of her gastric surgery. So, some complications came along. Additionally, during her pregnancy, she seemed less concerned about putting on more weight. Well, after the pregnancy announcement this month,  fans saw that her doctor seemed disappointed. That was because she seemed to have already stopped worrying about her exercise and diet. In fact, she blamed moving house for eating takeout.

Last week, the 1000-Lb Sisters star gave her fans an update about her pregnancy. At the time, she told her TLC fans that she waits for further blood tests, so she can’t give them the exact gender of her second child. Well, some fans suggested various folk law methods like the baking soda test. However, she didn’t wait very long before she shared her gender. That came on Sunday, January 30.

Amy Halterman took to her Instagram on Sunday and told her fans about the gender reveal. Then, she directed them to her YouTube channel. Mind you, some folks who watched the video took to the comments section and told other fans what it was. That’s a bit unfortunate, as it probably means that fewer people watched the actual video. Some fans felt it was “lame.” However, it was obviously done without TLC tossing in the money. So, it seemed more like any other real-life celebration.

In the video, the 1000-Lb Sisters star had some friends and family around and they all wrote what they thought the gender would be. The piece of paper eventually showed a list of choices. Next to her, Amy put up a pink balloon and a blue one. Then, she wrote the gender on a big card and held it up. So, Amy now revealed that she expects another boy. Well, if you have not watched it, you might do a girl a favor and go and see it anyway, as the spoilers in the comments probably cost Amy some monetization.

TLC Fans Reacted To The Video

1000-Lb Sisters fans took to the comments section of the gender reveal by Amy Halterman. Well, Amy hoped for a girl, but fans assured her that once Gage’s little brother arrives, she’ll fall in love instantly.

One very impressed fan wrote, “I’ve literally never been so excited for another human being in my life. The person Amy’s becoming is astonishing. The progress she made, the goals she reached, the happiness she welcomed in her life through persistence, vulnerability, and kindness… You deserve all the best things in life and more, Amy. Her smile is so radiant, her attitude is so graceful. What a woman. Congratulations on this fantastic thing, darling.”