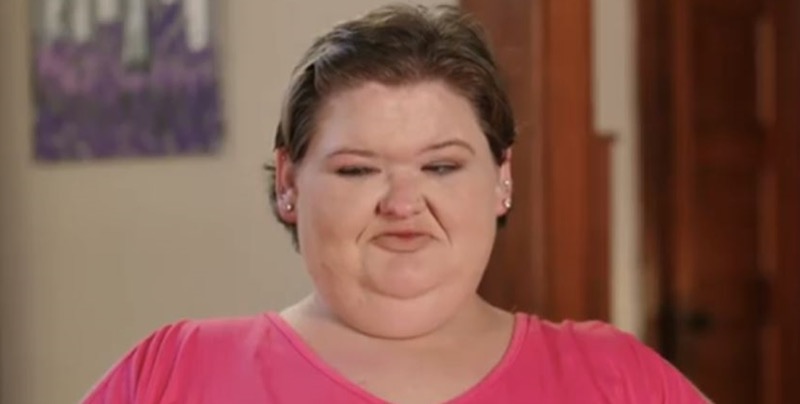 1000-Lb Sisters Star Amy Halterman looks set for another season on TLC. The news arrived in the current season, that she was weighed by her doctor who discovered that she had not lost as much weight as she hoped. However, other news emerged that she now expects a second baby. So, that might account for that. This week, she took to her Instagram and updated on the progress of her pregnancy.

In season 2 of the TLC show, fans heard that Amy Halterman fell pregnant before her doctor advised she was ready. When she weighed in, it turned out that she was sitting at 288 lb. While that was a massive improvement from her original 400 plus weigh-in, he was concerned that she fell pregnant too soon after her gastric surgery.

1000-Lb Sisters fans saw that the predicted complications did arise. However, the baby was delivered safely. In the current season, she weighed in at 275 lb which seemed like an improvement, but taking into account the fact that previously she was pregnant, Dr. Proctor felt disappointed with her efforts to maintain her weight loss.

Season 3 mainly focuses on Tammy Slaton who seems headed for an early grave as she fails to take her weight loss seriously. Nevertheless, Amy’s pregnancy might see Season 4 return to TLC.

On January 24, Amy took to her Instagram and updated fans on the progress of her current pregnancy. Unfortunately, at this time, she is unable to advise on the gender of her second child. She told her TLC fans that she waits for further blood tests. In the comments, some fans gave her some folklore advice, with one of them suggesting that she tries the baking soda test.

The 1000-Lb Sisters fan noted the common belief that mixing baking soda with urine can predict the gender of a child. Apparently, if it fizzes Amy has a boy. Meanwhile, other fans really hope that Amy produces a sister for baby Gage. Of course, they know that Amy was inspired to undertake her weight loss journey specifically so she could become a mom. So, fans generally sound very happy that she now has the opportunity to raise another child.

The 1000-Lb Sisters star is now 15 weeks into her pregnancy, so hopefully, she carries her baby safely until it arrives. Some fans seemed worried by the latest episode, that she might not try to lose weight. However, she adores being a mom. Hopefully, she stays healthy to protect her little one.

Come back here often for everything happening with the TLC cast. Remember to check back with us often for more 1000-Lb Sisters news, spoilers, and updates.

Days Of Our Lives (DOOL) Spoilers And Rumors: Abigail And Sarah Plot To Pull The Wool Over Kristen’s Eyes