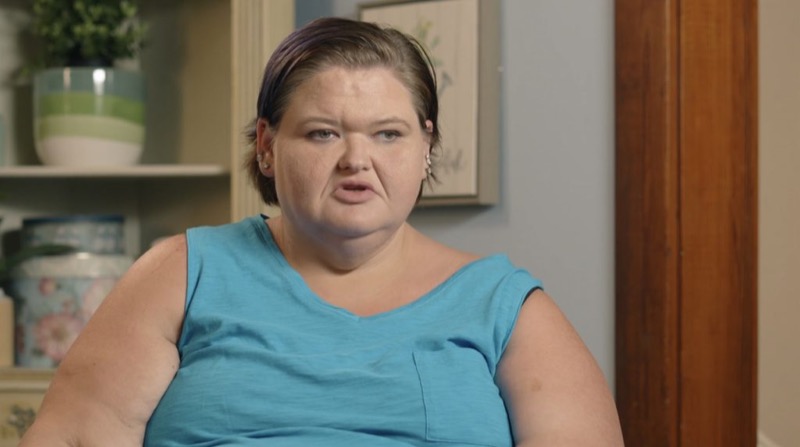 1000-Lb Sisters fans know that Amy Halterman expects a second baby. Actually, some folks got a bit worried as she’s very open about baby number 2. So, some people fear that as she doesn’t seem to be under an NDA about it, TLC might not renew the show. Well, she already announced that the gender of her baby is a boy. But some fans are not sure of the due date.

Tammy Slaton’s sister seems very good about updating fans about her kids. Ever since Gage arrived, she shared about his milestones. Despite critics, he seems to be happy and thriving. Of course, with the new baby coming along, her updates are also about the sibling for her son. Early on, fans started wondering if she’d have a girl this time. After all, she always said that she was keen on a daughter.

1000-Lb Sisters fans noticed that Amy seemed a bit down when she announced the gender of her new baby. Well, it turned out to be another boy. Anyway, TLC fans hope that once her little man arrives, Amy falls in love with him instantly. Right now though, Amy suggests that she won’t have a third child and she might get her tubes tied after the arrival of this new baby.

1000-Lb Sisters Updates About Due Date

On February 21, Amy took to her Instagram and shared a funny post about her son, Gage. In her photo, she colored in a mustache and beard on his face. So, fans decided he looked exactly like his dad’s mini-me. Anyway, in the comments, a fan asked her when her due date for her second baby comes along. Well, Amy told them the date. But, she already shared it on her YouTube some time back.

The 1000-Lb Sisters star shared quite a detailed video in January. In it, she and Michael shared photos of her scans and she said that she was 11 weeks into her pregnancy at the time. Anyway, she clearly noted that her due date is July 18, 2022. If you missed the video, you can catch it further down in this article.

Amy Talks About The Baby’s Name

In the same Instagram post, a 1000-Lb Sisters fan asked Amy if she and Michael chose the names for their baby yet. Well, she confirmed that they have not made a final decision yet. However, they have several different options in mind. Some folk hope that she stays with the horror theme. Recall, Gage was named after the nightmare baby in Stephen King’s Pet Sematary.