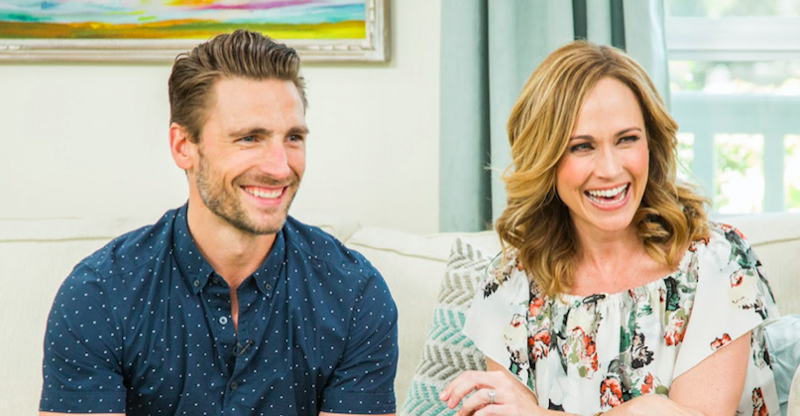 As fans and Sleuthers know, Hallmark Movies & Mysteries are currently revamping their Signature Mystery program. However, after actor Andrew Walker made a cryptic post to his Instagram Story, it looks like a new mystery could star himself and Nikki DeLoach. Plus, the movie or TV series has the absolutely delightful title, Dying For Chocolate.

Andrew Walker And Nikki DeLoach In A New Hallmark Mystery?

So far, it is literally a mystery that Andrew Walker and Nikki DeLoach will be starring together again. However, it is starting to look that way. Walker headed to his Instagram Stories on Monday, where he made a mysterious post. The image revealed the screen of his MacBook Pro, on which a new script could be seen for a movie titled Dying for Chocolate. It seems that Andrew was browsing a scene in the script.

As can be seen from the Instagram Story, the scene involves two characters, Goldy and Marla. The two women are talking about being questioned by a detective. Meanwhile, Andrew tagged fellow actor Nikki DeLoach and Hallmark Movies & Mysteries.

It doesn’t take much to solve the mystery, as it certainly does look like Andrew and Nikki will be starring together in a new Hallmark mystery movie.

The Plot Of Dying For Chocolate

As it definitely looks like Andrew and Nikki will be working together on a new Signature Mystery, what can we find out about the new project? According to GoodReads, the movie will be an adaptation of the 1992 novel Dying for Chocolate by Diane Mott Davidson. Even better, the book is one of a series of 17 books, with the latest published in 2013. This gives plenty of potential for a full series of mysteries.

The plot of the mystery features Goldy Bear, a single mother who is “bright, opinionated” and a “wildly inventive caterer.” However, while successful in her career, Goldy has problems in her personal life. Among them are an abusive ex-husband and a whole load of overdue bills.

One other “problem” is that a couple of gorgeous men are interested in the single mom. However, while Goldy is working as a live-in cook at the Aspen Meadow Country Club one of those gorgeous hunks turns up dead. 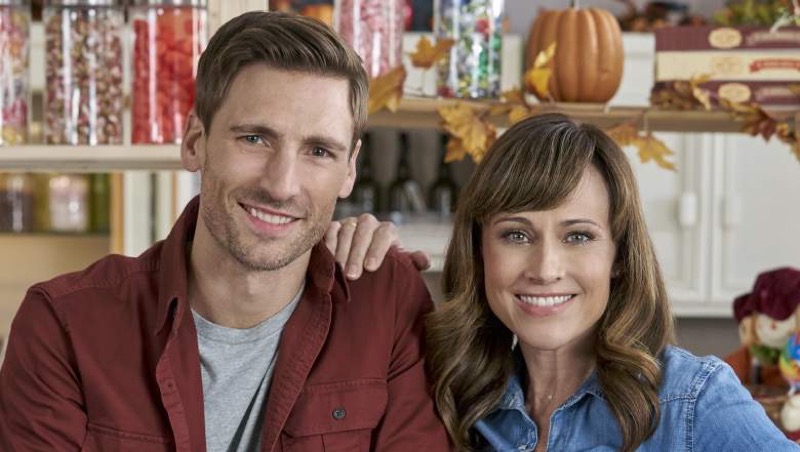 Who Is Involved In The New Hallmark Project?

Looking at the official IMDb page for the upcoming movie, few details are out as yet for Dying for Chocolate. However, Anthony C. Metchie is listed as the film’s director, and John Christian Plummer and Erinne Dobson will be screenwriting. Plummer is known for his previous work in the Mystery 101 series. Meanwhile, the official title of the movie is listed as Dying for Chocolate: A Curious Caterer Mystery.

While no cast members are listed as yet, the movie is set to release on April 10, 2022, so Sleuthers won’t have long to wait.

Readers, are you excited to hear about a new Hallmark mystery starring Andrew Walker and Nikki DeLoach? Let us know by dropping a comment below.