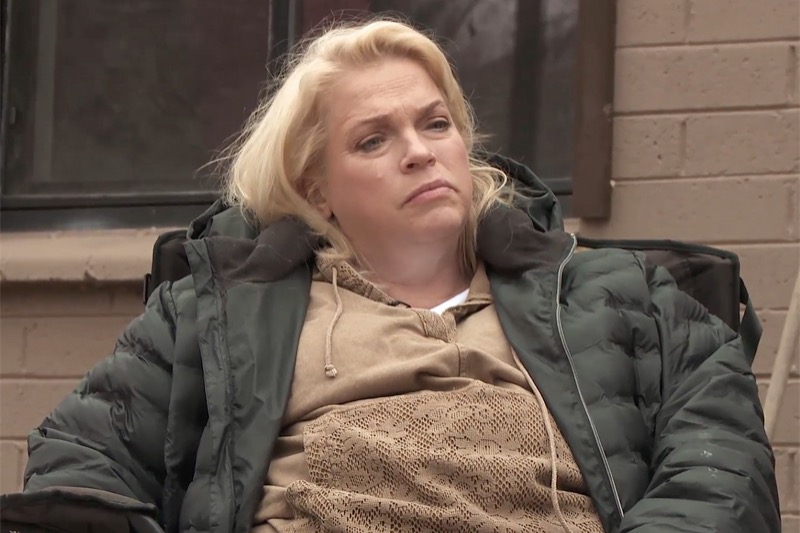 Sister Wives Season 16 fans watched the finale episode on January 23. After the show, fans who saw that Christine Brown left Kody discussed the probability of Janelle doing the same. A long discussion arose on the TLC Sister Wives subreddit and fans contributed their thoughts.

During Season 16 on TLC, most of the focus was on how Kody Brown and Robyn agreed on a set of social distancing rules which Christine and Janelle tended to ignore. Well, Kody disliked the fact that both women were ignoring his decrees. So, he got upset with them because they showed a bit of spirited independence.

After watching the entire season, fans hoped for some explosive ending, only to discover that Kody was punishing her for not obeying him. So, he told her they would no longer have an intimate relationship. Well, she already spoiled that she left him. When the news emerged that she dumped his stuff in the garage and planned on moving out, it wasn’t anything earth-shattering.

Meanwhile, Janelle also found criticism from Kody during Sister Wives because she wouldn’t keep the kids at home during the coronavirus. Although the virus eventually visited the family and her sons tested positive, it didn’t come via her kids. Instead, it came via Robyn’s nanny.

During the season, Kody gave Janelle and her sons a very hard time. So, fans wondered if she’d stand by her kids and tell him genuinely that she had no intention of staying with him either. The subject arose on Reddit and fans debated that the possibility exists that she might leave Kody or that she’s already left him.

While Twitter is a great place to follow along as people comment on the show, Redditors tend to go away and really think about the ideas that they throw out about it.  Well, all credit for the title question must go to user r/sandy-horseshoe who talked about Janelle’s passive attitude to life in such a witty way.

Sister Wives fans seem to like Janelle Brown a lot because she lives rather more independently of Kody than Meri who emotionally desires him. Meanwhile, Robyn has him around all the time. Plus, Janelle never seemed quite as jealous as Christine was in years past.

Janelle came out as a bit of a mama bear with Kody after he had a go at Gabe for not adhering to the coronavirus rules. So, some fans argue that she might throw her lot in with her kids who clearly disrespected their dad, and leave him once and for all. However, a number of them decided that Janelle is just too passive to bother with uprooting her life just to get away from Kody.

Some Sister Wives fans recalled that when Kody moved the family to Flagstaff from Las Vegas, Janelle initially came out very against the idea as it would impact Gabe’s studies. However, she soon backed down when she realized that none of the other wives would really support her. In fact, the whole impression fans get of Janelle, is that she avoids confrontation and would rather take a passive road.

Other fans noted that Janelle seems to like Flagstaff and wouldn’t want to go to all the bother of relocating to Utah when the lifestyle that she craves is right there at her fingers tips. Is she actually jealous enough of Kody to bother who he sleeps with? So for now, fans who loved the witty comment about the destination “Coyote Pass-ive,” agreed that she’ll settle right where she is. What are your thoughts on this? Sound off in the comments below.

Be sure to catch up on everything happening with the TLC right now. Come back here often for more Sister Wives spoilers, news, and updates.