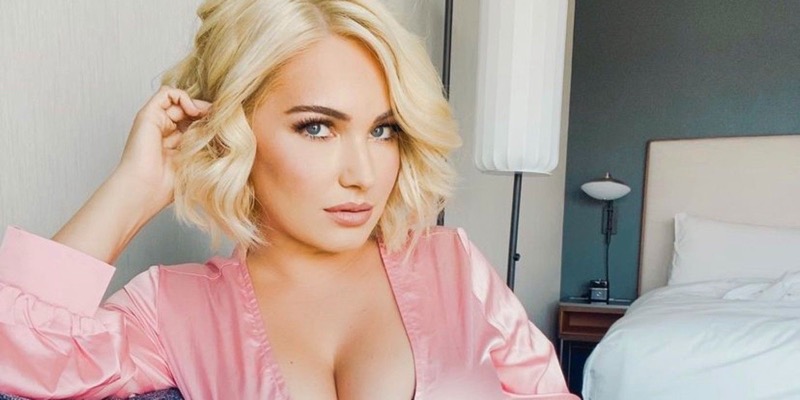 90 Day Fiancéstar Stephanie Matto reappeared on The Single Life. When fans first saw her, she was dating Erika Owens from Australia. At the time, they grew irritated with her as she claimed to be the first same-sex couple on the franchise. However, she seemed to get cold feet when it came to intimacy. Now, her OnlyFans account activity simply disgusts them.

Apart from the fact that fans felt Stephanie Matto messed with Erika Owens’ head, fans didn’t like her previous status as an influencer. On YouTube, she gathered a large following as she engaged in personal light p**n on the internet. At the time, it was almost unheard of for the cast to do that.

These days, fans see many other 90 Day Fiance stars running their OnlyFans Accounts. However, Stephanie seems to go into some very graphic stuff. So, some fans now express their disgust on social media. If you are not aware, she recently sold farts in a jar and claimed to make a lot of money. However, that seems fairly tame in comparison to the wording of her recent ad.

An Instagram account shared the ad that Stephanie put up for her OnlyFans. It’s really not ideal to cite the quote on a family-friendly news outlet. Suffice to say, she graphically explained what fans could expect to receive in exchange for a payment of $50. Many fans sounded disgusted and the word littered the comments. Meanwhile, a lot of retching emojis went up.

One 90 Day Fiancé fan mentioned how her mom must feel. You might recall that when fans first met Stephanie, the show also revealed that her mom was very concerned about her daughter traveling to Australia with her medical condition. Stephanie claimed that she couldn’t really explain coming out to her mom because she wouldn’t understand. However, fans simply believe that she had no idea that her daughter was even bisexual.

Way Too Much Info From Stephanie

90 Day Fiancé fans went to town slamming her. After all, the tone of it seems to confirm that she went on the show for all the wrong reasons. TLC fans will tolerate a lot, but not fakery. The comments suggested that fans dislike her using the show to boost her income from p**n.

One fan said, “she’s too much!”  Then, another fan commented, “wait, is this real? This is so gross!”

What are your thoughts about Stephanie who seems to just use her fan base to increase the value of the p**n content that she sells? Sounds off your thoughts in the comments below.

Check back with us for everything that’s happening with the TLC franchise. Remember to come back often for more 90 Day Fiancé news, updates, and spoilers.