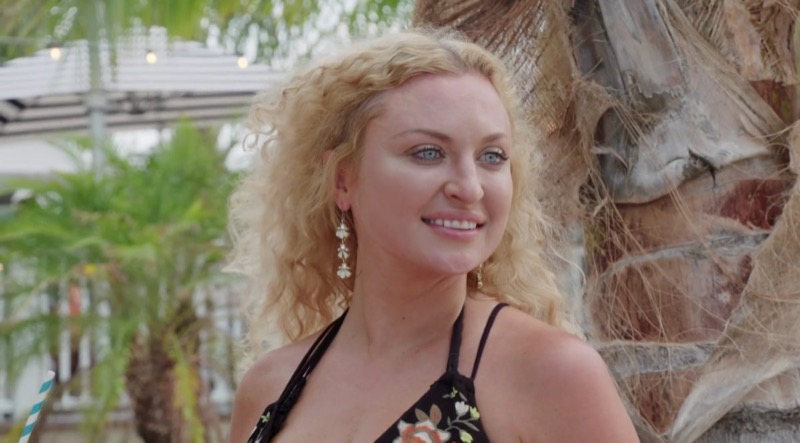 90 Day Fiancé rumors run around social media about Natalie Mordovtseva. From being pregnant to secretly still being in love with Mike Youngquist, the latest rumor might not sit well with TLC fans. Apparently, she might be filming for another spinoff. If you don’t know, she recently appeared on 90 Day: The Single Life. Not the most popular character, fans probably won’t jump for joy if it turns out to be true.

Like so many TLC rumors, the pregnancy one arose when Natalie shared a photo of herself that had been photoshopped. A flower looked very odd as if she had tried to hide a baby bump. Well, fans have been right before. Recall, they guessed that Jinger Vuolo from Counting On was pregnant long before she made an announcement. Then, they were wondering about Tori Roloff’s pregnancy right up to the day she said that she lost her baby. So, they could be right about Natalie.

The question is, if she is pregnant then who might the baby daddy be? In The Single Life, she dated a guy named Johnny. 9o Day Fiancé fans saw that she also played golf on a fun date with Josh who caught cold feet when she told him about her complicated relationship with Mike. Actually, she was still married to Mike. In the Tell-All, Mike tells her he wants a divorce sooner rather than later. So, probably, the baby is not theirs. Anyway, she might not even be pregnant but now David Murphy leaked that she apparently films for another spinoff.

According to Screenrant, the rumor that Natalie Mordovtseva films for another spinoff came via Instagram news account @truecrime_jankie. who shared a post by  Redditor u/Divide_Big. Even that is a bit of a tea-dropper as David Murphy told Amira that Natalie films at the moment. Well, rumor has it that she is dating David now and she currently visits Las Vegas. In the clip that was shared, David mentioned the filming to Amira. According to True Crime, the video was dated January 20, 2022.

Speculating that the 9o Day Fiancé star might have gotten pregnant by Mike sprang up. However, you might recall that she always wanted a baby and he didn’t. Still, if she has a baby storyline then potentially, it could mean that the spinoff story is more than a rumor. Things become so complex between the couple, that fans can hardly keep up. Recall, Mike’s mystery girlfriend spilled the rumor that their entire relationship was staged. If you are not totally sure who Natalie is, you might recall that she had a rat and gave it most of her attention during a fight with Mike.

9o Day Fiance fans truthfully don’t like Natalie much and they seem unimpressed at the idea of her returning to the franchise again. One of them said, “Wait..are big mike and Natalie still together and this has all been frauded? Like, they’re together/together, swapping fluids?”

Meanwhile, others seem disgusted that she appeared on The Single Life while still married to Mike. Also, as David mentioned, it’s not clear that Mike would want to appear in another TLC show. Time will tell if fans of the show get to see Natalie on their screens again.

Be sure to catch up on everything happening with TLC right now. Come back here often for more 9o Day Fiancé spoilers, news, and updates.