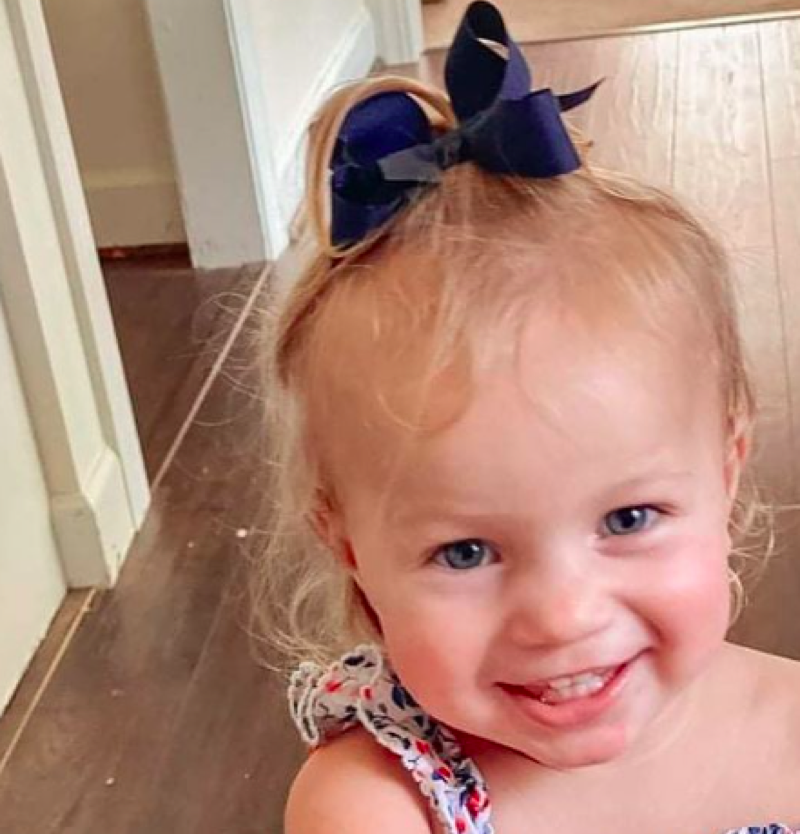 Sister Wives star Maddie Brown Brush always makes sure that Evie-K and her brother Axel enjoy the seasonal holidays. Well, Christmas is just days away, and she and the kids get out and do the usual things that excite kids so much. This week, with school out, they all went out as a family and ended up eating some pizza. Along the way, Eve-K proudly showed off her false foot to someone special

Evie-K was born with FATCO syndrome and fans felt terribly sorry for the baby. After all, it quickly became obvious that she might never walk properly. However, Maddie and Caleb were determined to give her the best life. Actually, some TLC fans were shocked when they opted for a Boyd amputation, so doctors could fit a false foot. Unfortunately, that came on her first birthday. But at two years old, she’s a cheerful and determined little girl. She started going to a class for little kids and seems able to hold her own. Naturally, Maddie’s very proud of her.

Sister Wives star Maddie Brown Brush revealed that sometimes, Evie-K struggles with physical activity. However, she lets her try and overcome her challenges without too much interference. Certainly, tough love isn’t always easy, but the young kid becomes fiercely determined. Actually, many fans agree that she’s a very strong personality. Not only that, but she seems completely unperturbed that she walks around on a false foot. This week, she proudly showed it off!

Maddie Brown Brush took to her Instagram on Monday, December 20, and posted up a photo of the two kids with Santa. In her caption, she said that Evie-K didn’t seem too sure about the big man in red. However, she later took to her Stories and showed that Evie-K soon got over her fear. In fact, the cute little kid proudly displayed her false leg to him. Maddie said that she feels very “glad” that her daughter’s so obviously “proud of her leg.” Later, they all went out and enj9yed some pizza as a family. 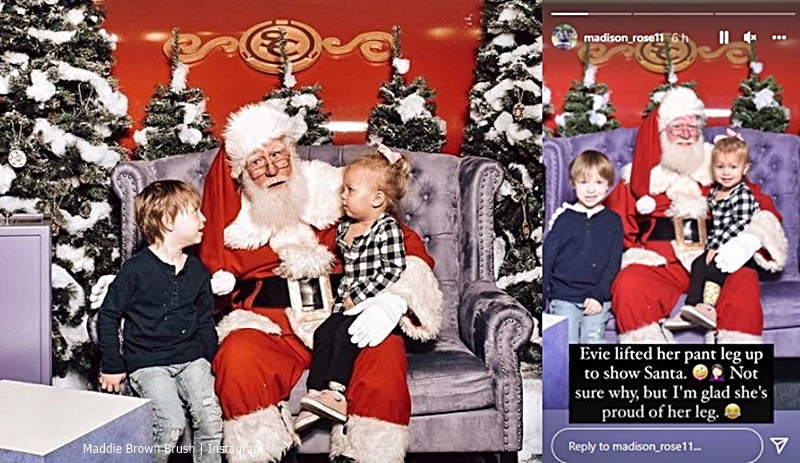 Monsters and Critics explained the condition that little Sister Wives star, Evie-K suffered from. The outlet noted, “FACTO Syndrome, [is]a rare genetic condition that affects bone growth in utero.” Notably, she was born “without a thumb, toe, and two of her fingers were webbed together.” Additionally, “the bones in her legs were also affected. One was completely missing and the other was bowed out.”

Plenty of Sister Wives fans told Maddie Brown Brush that Evie-K’s “cute.” One of them said, “The look Santa is giving Axel is priceless and Evie is not crying so it looks like a major WIN for the Santa visit!” Then, another one commented, “I am impressed she was not afraid of him. At least that’s what it looks like.” Well, it certainly looks like Evie is a strong and determined little girl. So, it’s unlikely that Santa would totally terrify her.

Be sure to catch up on everything happening with the TLC right now. Come back here often for more Sister Wives spoilers, news, and updates.