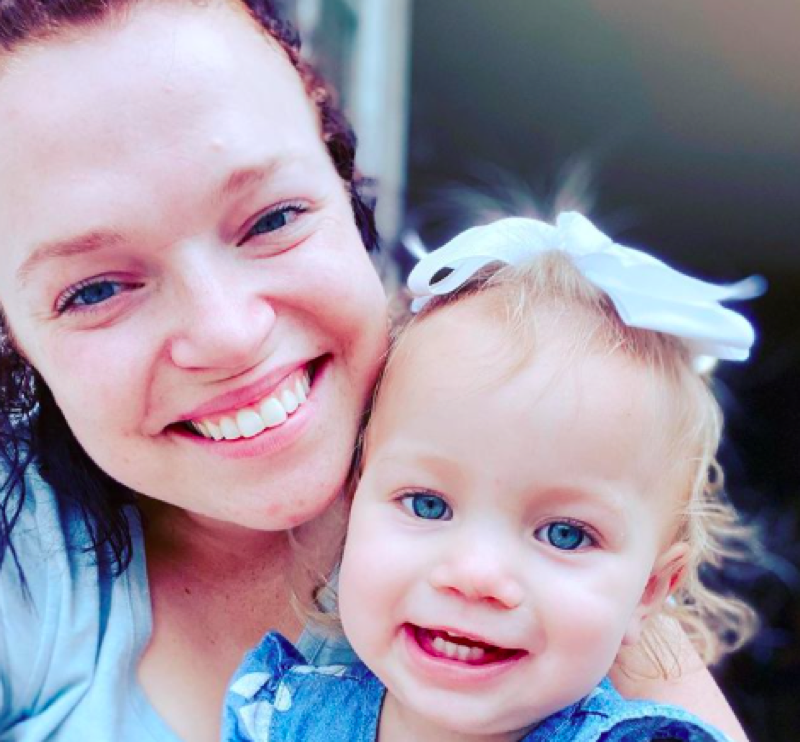 Sister Wives spoilers and updates tease that news often comes from Maddie Brown Brush who updates TLC fans on her kids. Almost daily, if she doesn’t share something on her main Instagram, she posts up clips and photos in her Instagram Stories. On Wednesday, May 12, she shared about her very determined daughter Evie-K.

A few days ago, Maddie Brown Brush shared that her daughter Evie-K ran a fever and seemed rather ill. She also hinted that either she or her son Axel also fell sick. Of course, fans always worry about the coronavirus when they hear people suffer flu symptoms. Anyway, it sounds like Evie-K got over her sickness and plays outside again. In her Instagram Stories on Wednesday, Maddie mentioned that she’s been busy and forgot to reply to a text. Perhaps she catches up with work in the home now the kids are better.

Other Sister Wives spoilers that emerged from Maddie Brown Brush on Instagram Stories also related to Axel who loves singing songs. However, the newest Disney film doesn’t have any which upset Maddie. So, texting someone back or not and Axel were on her mind. Perhaps she referred to a text from her dad Kody Brown. Once or twice he gave her advice about parenting. Moving on from that, the TLC star also revealed a clip of Evie-K playing outside. 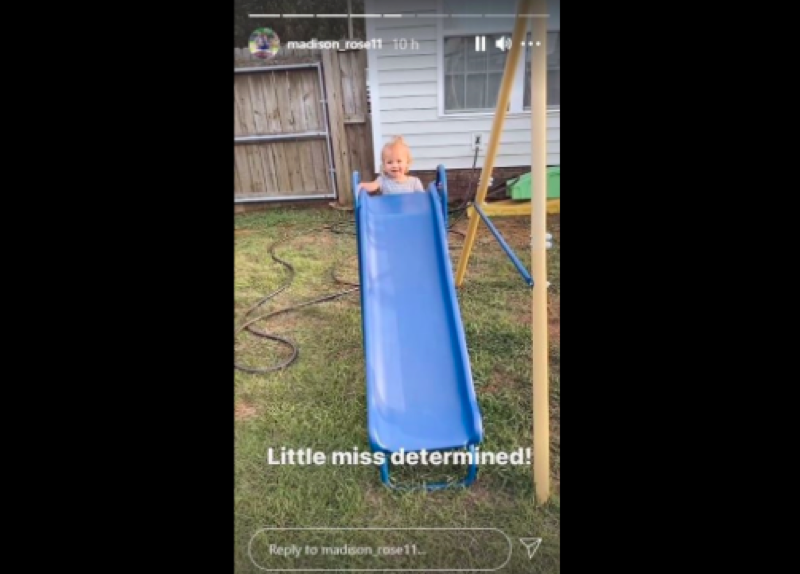 Soon after the birth of Evie-K, Sister Wives spoilers emerged that revealed the new baby arrived with FATCO syndrome. Well, since then, the little girl underwent a Boyd amputation and got a fake foot fitting. Nowadays, she toddles around happily. However, she obviously struggles sometimes. Maddie Brown Brush never hovers over her kids. So, when Evie-K faced difficulty getting up the steps of a slide, she didn’t rush over and help her. Instead, she called encouragement and told her she could “do it.”

In the Sister Wives spoilers photo, Maddie captioned it with, “Little Miss Determined.” Well, fans already know that the cute little kid is full of determination. Often, on her Instagram, TLC fans tell Maddie that she raises a strong daughter who surely becomes a role model as she grows older. Incredibly, when she underwent her Boyd amputation surgery on her first birthday, the little star very quickly flashed the cute smile that fans fell in love with.

For Evie-K things won’t always come along nice and easy. After all, she struggled from birth with her leg. Adversity makes people strong and it encourages determination. Even before her amputation, the strong kid showed her determination to be just the same as any other kid on the block.

Remember to check back with us often for more Sister Wives spoilers and news about Maddie Brown Brush and her daughter Evie-K.