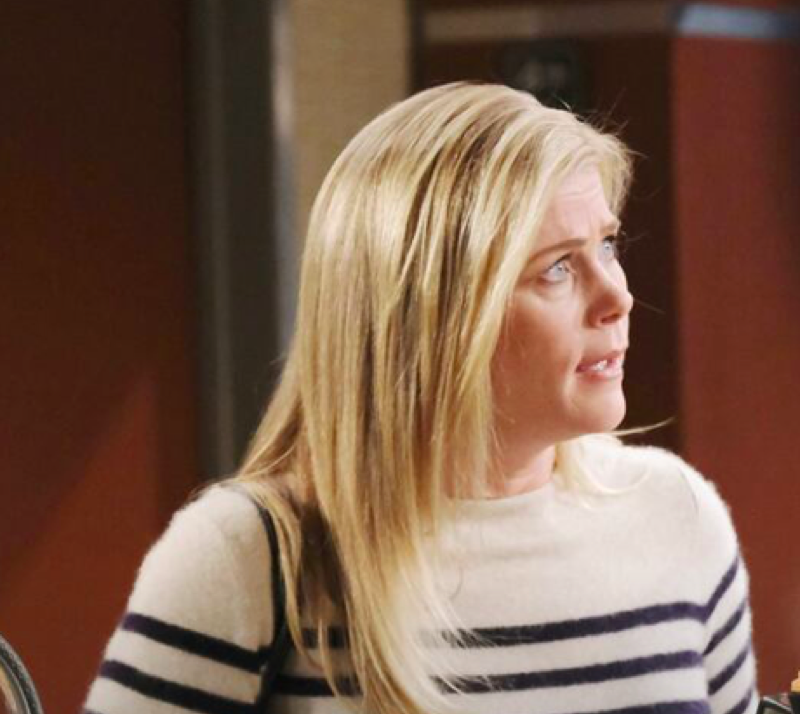 Days of Our Lives (DOOL) spoilers and updates tease that Sami DiMera’s (Alison Sweeney) cheatin’ heart might tell on her – could Sami turn up pregnant in upcoming episodes of Days of Our Lives?

Days of Our Lives viewers will recall that Sami and Lucas Horton (Bryan Datillo) had sex once for sure and maybe working on a second time down in the DiMera wine cellar where Kristen DiMera (Stacy Haiduk) has them trapped! Sami has four children – her two older with Lucas and her two youngest with EJ DiMera (Dan Feuerriegel). Longtime Days of Our Lives viewers will recall that for the past several years, after Sami discovered EJ to be alive and being cared for by Kristen in Dr. Wilhelm Rolf’s (William Utay) warehouse facility in Nashville, Tennessee she has been taking care of him.

It was implied that he needed a lot of care as he recovered from a gunshot wound, and he and Sami have probably not had much of a physical relationship, if any at all, for several years. This may explain why Sami gave into her passions so easily, but it also implies that perhaps she has not had any need for the use of birth control for several years, either! Kristen’s threats to tell EJ that Sami had cheated on him may be a moot point – if Sami has not been on any kind of birth control for several years, there is a good chance that her sexcapades with Lucas could wind up with her having a third child with him! 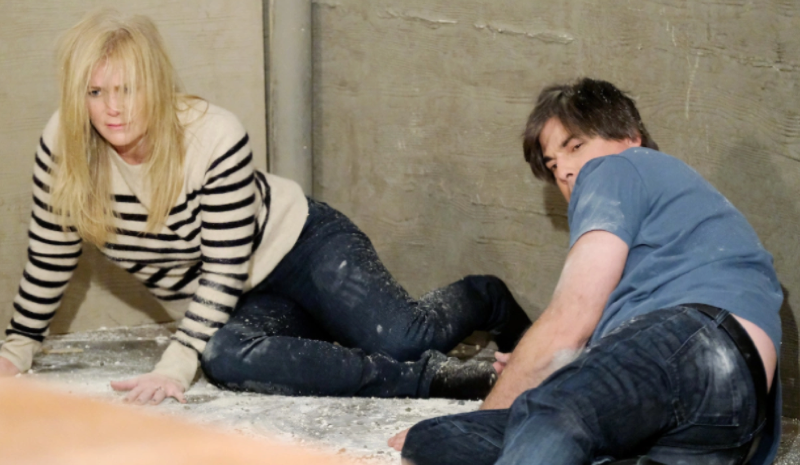 Days Of Our Lives Updates – What Will Sami DiMera Do?

Days of Our Lives viewers will recall that Sami just had a new grandson through her daughter Allie Horton (Lindsay Arnold). Allie is right there in Salem, and if Sami turns up pregnant from Lucas how will she explain it to Allie? Sami seems like she is in no hurry to get back to Italy and EJ and her two younger children, and now she will be in even less of a hurry!

Sami may even consider terminating this pregnancy before anyone has a chance to find out, but that may even be difficult because in Salem, everybody knows everybody, and her mother works in the hospital! Marlena Evans (Deidre Hall) may wonder what Sami is doing going to an obstetrician’s office, and even if she didn’t see her, her aunt Kayla Johnson (Mary Beth Evans) might! The Bradys are Catholic, and abortion may not even be a consideration for Sami.

Days of Our Lives (DOOL) Spoilers: Ben And Claire Get Up Close And Personal – Steamy Kiss Ahead!

When she first came back to Salem and found out about Allie’s pregnancy she wanted to sue for custody of baby Henry Horton (Jayna and Kinsley Fox)! Days of Our Lives viewers know that an unplanned pregnancy would create all kinds of havoc in Sami’s life, and when Sami has havoc in her life, it usually spreads quickly to all those around her! Plus, she may not be able to avoid EJ knowing because there is a good chance he too might come to Salem along with their two children, and he’ll know it’s not his baby so what kind of tale will Sami come up with to explain – that she wanted to surprise him with a new baby via artificial insemination?