British Royal Family news reveals that Princess Beatrice and her husband Edoardo Mapelli Mozzi are expecting their first baby together.

Ten months after her marriage, Buckingham Palace has shared that the royal is pregnant with the couple’s first child.

Almost a year after their wedding, Princess Beatrice – daughter of Prince Andrew and Sarah Ferguson- has announced her pregnancy.

Buckingham Palace shared via Twitter that the royal’s grandmother, Queen Elizabeth II, “has been informed,” and that both families are delighted with the news. 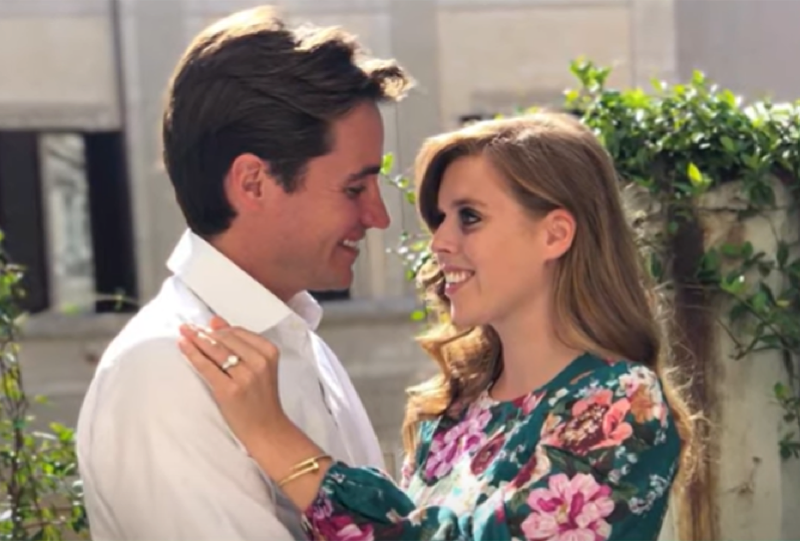 It’s reported that Princess Beatrice who married in a private ceremony last July – after the pandemic forced the couple to delay and scale down their May wedding- is due this fall. The small ceremony which was held at The Royal Chapel of All Saints was attended by The Queen, The Duke of Edinburgh, and close family.

The baby who will be the Queen’s 12th great-grandchild is Beatrice’s first child, but she is already a stepmom to Edoardo’s 4-year-old son Christopher, who he shares with former partner Dara Huang.

In March, the royal reflected on her family life and parenthood in an interview with The Evening Standard, saying “My stepson has been homeschooling. Helping him engage with stories is a great journey to inspire imagination, creativity, independence, and humor, continuing, It is amazing how in between video calls and working through technology we have had more time in the day to enjoy reading and it’s shown how important it has been to step away from the screen and jump into worlds unknown through the help of books.”