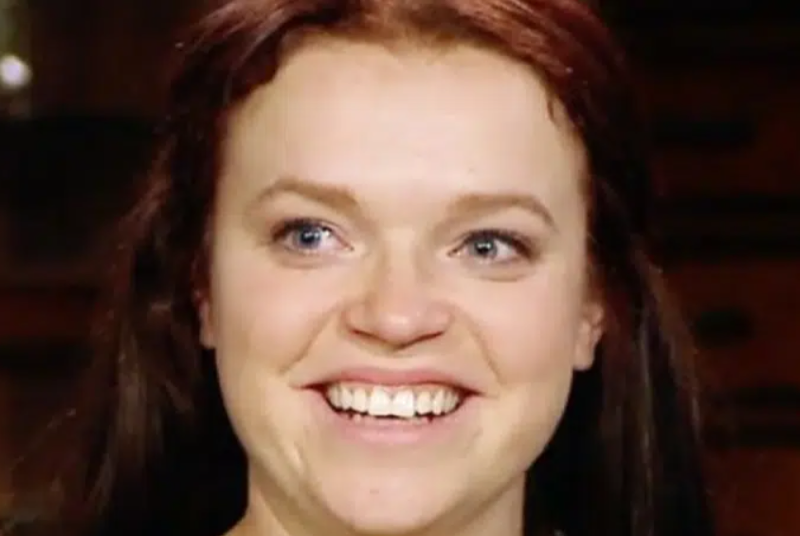 Sister Wives fans are very fond of Maddie Brown Brush and what they see of her husband Caleb also gets a thumbs-up. Well, this week, she shared a heart-melting moment that revealed her husband with the kids. Fans see that he seems like a really good dad, who always makes time for the little ones after a hard day at work. Actually, TLC fans don’t see much of him on the show, but they see enough on Maddie’s Instagram to know that she married the right person for her.

Janelle Brown’s daughter didn’t always get as many kudos from fans. Actually, some of them felt she was a bit silly as she ditched her college studies after one year to marry Caleb. Well, as her marriage went by, she produced two adorable kids, Axel and Evie. Actually, she becomes something of a parenting goal for many TLC fans. Apart from being a homemaker, wife, and mom, she also continues her education at home. Actually, she adores being a mom and shares a lot about her little family on Instagram.

Sister Wives star Maddie Brown Brush started sending both kids to school and it helps her free up time for her studies. Neither child seemed traumatized by it. Actually, two-year-old Evie seems happier than ever. Meanwhile, Axel grows into a well-rounded little boy, fans agree. And, behind that, probably lies the fact that their parents seem completely solid in their relationship. This week, when Maddie shared a heart-melting moment of the kids, it featured her husband Caleb.

Maddie Brown Brush took to her Instagram on Tuesday, December 14, and shared a photo of Caleb stretched out in front of the TV. Cuddling close, where the two kids. In her caption, Maddie said, “I prayed for this!” Then she explained that her husband was working “hard,” but he “came home to spend time with his kids.” Emotionally, she added, “My heart is full at this.” 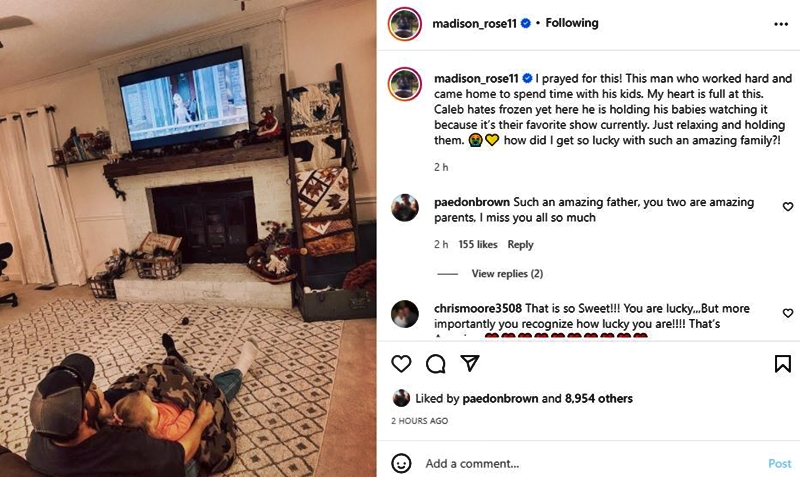 What seemed to impress the Sister Wives star the most, is that “Caleb hates frozen yet here he is holding his babies watching it because it’s their favorite show currently. Just relaxing and holding them. 😭💛 how did I get so lucky with such an amazing family?!

Sister Wives fans rushed to talk about Maddie Brown Brush and her choice of husband. Here’s a small sample of the comments:

He’s an amazing dad. I can see the love he has for his kids through tiny pictures on instagram.

Because you are amazing too and you both have grown in amazingness together. 💜💙💜

These are the moments….”

Paedon Brown, the son of Christine also commented. He said, “Such an amazing father, you two are amazing parents, I miss you all so much.”