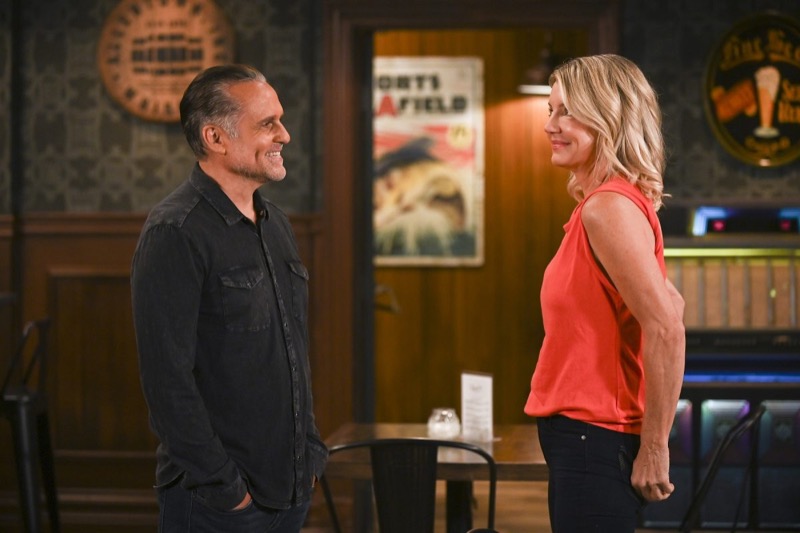 General Hospital (GH) spoilers and updates tease that Nina and Sonny continue to dance around the fact that they still have feelings for one another and we are here for it.

General Hospital Spoilers – Took A Chance And It Worked

Let’s face it. Carly (Laura Wright) and Sonny Corinthos (Maurice Benard) had been married way too long with very few problems over the last few years. Their last wedding was in 2015 and they never lasted six years before, so something had to be done to shake things up. While it was certainly cliche to give Sonny amnesia, put him in Julian Jerome’s (William deVry) plaid shirts, and stick him behind a bar (like Julian), and call him Mike, what happened after was anything but cliche.

As soon as we realized Nina Reeves’ (Cynthia Watros) former nurse, Phyllis Caulfield (Joyce Guy) had found Sonny and taken him in, we knew it was only a matter of time before Nina found him. With Carly being such raving b*&%h to Carly, we knew Nina would have a momentary lapse in judgment and decide to keep Sonny’s existence a secret. And of course, they would fall for one another. It was all predictable and expected. What was unexpected is the undeniable chemistry between Maurice Benard and Cynthia Watros. 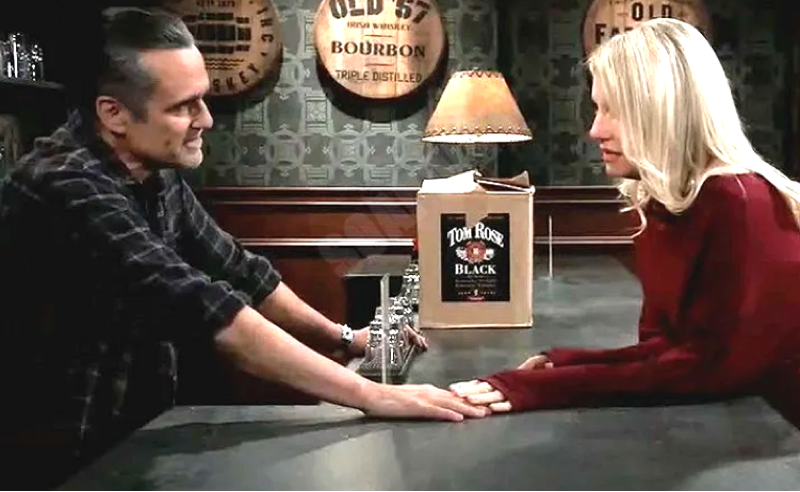 Yes, Nina was wrong not to tell Sonny about his true identity or tell his family he was alive (and no, that is not identity theft in the eyes of the law), but people have done much, much worse in Port Charles and have been forgiven for it. So, when we saw that Benard and Watros had chemistry to spare, we were all in for this pair. Yes, the Nixon Falls part went on way too long in this bar that never, ever had any customers, but things have been different since both characters have returned to Port Charles.

Sonny has integrated some of his Mike personas into himself and seems more like Sonny from the 1990s when he was with Brenda Barrett (Vanessa Marcil) than ever before. Benard seems to love playing it and it’s very clear he loves working with Watros and what is happening between Sonny and Nina as he retweets positive posts about them all the time. Now, they have this simmering forbidden thing between them that is bound to explode and we can’t wait to see it happen. Stay tuned to General Hospital weekdays to see what happens to Sonny and Nina next.