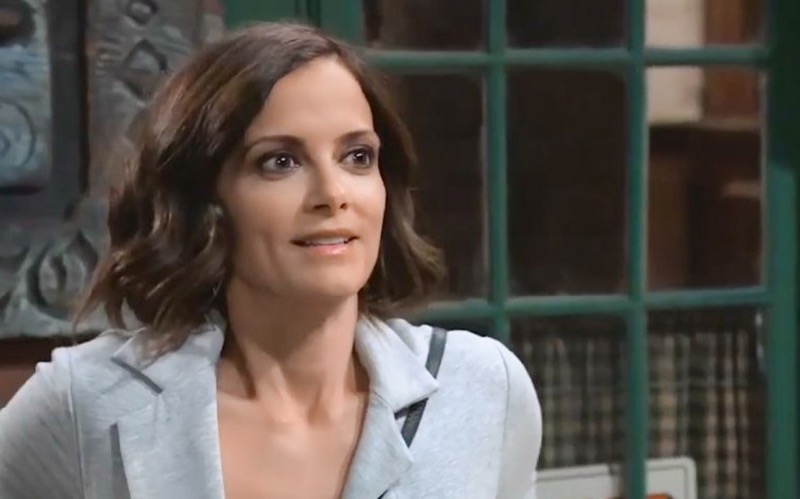 General Hospital (GH) spoilers and updates tease that all of the obstacles that were keeping Elizabeth Webber (Rebecca Herbst) from beginning a romance with Dr. Hamilton Finn (Michael Easton) were gone. Elizabeth even made it a point to take off her wedding ring and she put it away inside her home. This wasn’t easy for Elizabeth, who is still mourning the loss of her husband, Franco Baldwin (Roger Howarth), who was murdered by Peter August (Wes Ramsey). But now that it’s been several months since Franco’s passing, Elizabeth decided to go on a date with Finn.

Elizabeth was certainly excited by the prospect of going out on a date with Finn. It seems that someone isn’t quite as enthusiastic. Elizabeth’s wedding ring was in her locker at the hospital along with the new dress she bought for the date. Assuming Elizabeth didn’t subconsciously bring the ring with her, and none of her children are responsible either, could it actually be Hayden Barnes (Rebecca Budig) manipulating the couple?

Hayden has a close connection to both Elizabeth and Finn. As revealed a few years ago, Hayden is Elizabeth’s step-sister. Although the two of them didn’t get along in the beginning, they grew to see each other as sisters. Finn was also romantically involved with Hayden a few years back. Their union even produced a daughter, Violet Barns (Jophielle Love). Finn didn’t know about Violet until she was a couple years old. And when Hayden disappeared the last time, she left Violet with Finn. Violet has decided that she wants Elizabeth and Finn together! This may be more than Hayden can bear! 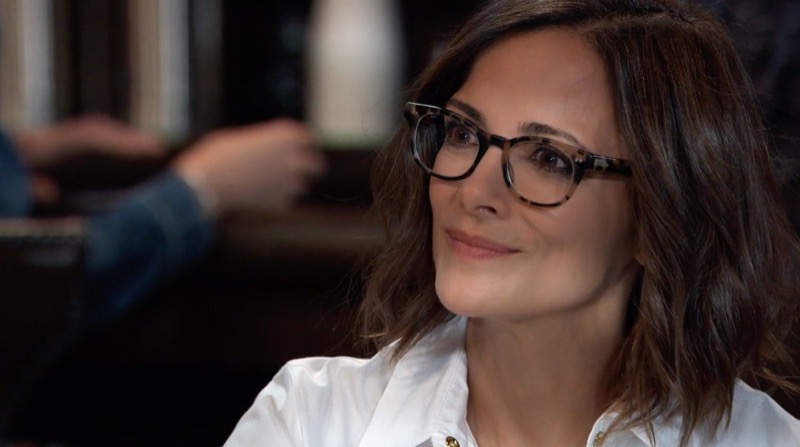 Victor Cassadine (Charles Shaughnessy) has hinted that he has done something to Hayden. She may very well have been the female that Drew Cain (Cameron Mathison) heard while he was Victor’s captive in Greece. But during Drew’s rescue attempt, Hayden may have been able to escape. She may have to hide because Victor likely wants her out of the picture since it’s his way of controlling Nikolas Cassadine (Marcus Coloma). But that doesn’t mean Hayden would be happy to see Finn and Elizabeth together. Perhaps she moved Elizabeth’s ring herself as a means of stopping Finn and Elizabeth from becoming a couple!

Did Hayden escape from Victor? Is she already in Port Charles but in fear of her life? Could she have been the one to move Elizabeth’s wedding ring? Anything can happen in Port Charles so stay tuned to General Hospital airing weekdays on ABC. And don’t forget to check back right here regularly for all your General Hospital news, information and spoilers!