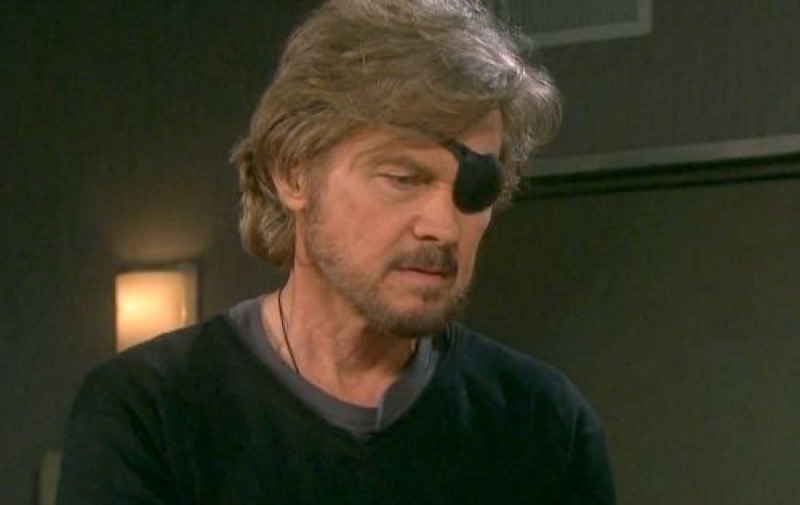 Days of Our Lives (DOOL) spoilers and updates tease that Kristen DiMera (Stacy Haiduk) uses extreme measures to avoid going back to prison. Cornering Steve “Patch” Johnson (Stephen Nichols) in his hotel room, there is an attack. Steve is seen laying on the floor and appears to be completely motionless. Is Steve dead or alive, and what has Kristen done now?

Days Of  Our Lives Spoilers – ‘Stayla’ And The Convent Scheme

DOOL spoilers reveal that Brady Black (Eric Martsolf) is no longer facing murder charges. However, he still wants to know who set him up for Philip Kiriakis’ (Jay Kenneth Johnson) murder. Brady’s best guess right now is Kristen, which prompted him to hire Steve to find the fugitive.

Steve and Kayla Johnson (Mary Beth Evans) got a lead, which is the Italian convent where Kristen and Lani Price-Grant (Sal Stowers) got close a few years ago. Steve poses as a priest and convinces Mother Superior (Ellen Crawford) to give “Sister Mary Elizabeth” a place to stay. While Steve goes back to the hotel, Kayla plans on searching the convent for clues.

Steve goes back to the hotel room. Even though he is worried about Kayla finding Kristen, he’s given “sweetness” a warning. Steve tells Kayla that if she sees Kristen, not confront her. Steve knows that Kristen is a dangerous woman, especially if she feels trapped. What Steve doesn’t realize is Kristen knows they are there and has already taken action.

Steve walks into his hotel room and standing in front of him is the devil herself. Kristen is pointing a gun at Steve. In a tough situation with a desperate and unstable woman, Steve tries to reason with Kristen. 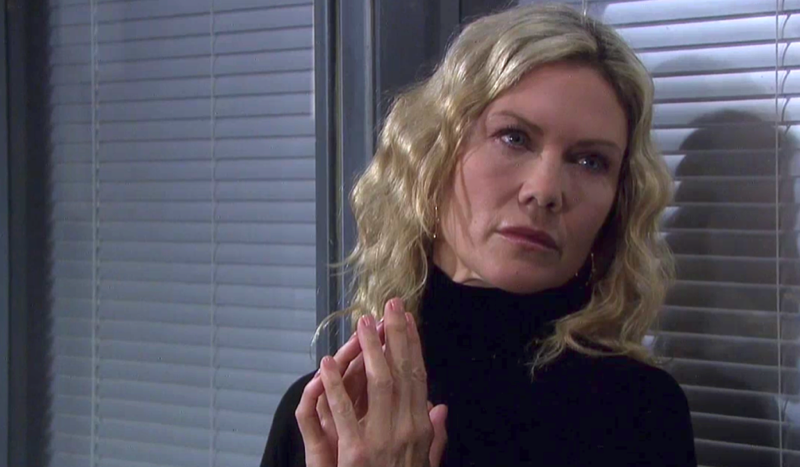 Trying To Reason With Kristen DiMera

Days of Our Lives spoilers reveal that there is confusion over why Steve has tracked her down yet again. First, Kristen thinks Steve is there for Sarah Horton (Linsey Godfrey). Then, she learns about Philip Kiriakis’ (Jay Kenneth Johnson) disappearance and Brady being framed for murder. Kristen claims not to have been involved in it.

Once Kristen realizes that Steve is there for her, she panics. Kristen will do anything to avoid returning to Statesville. Even though Steve promises he’ll go back to Salem and not tell anyone about Kristen, the fugitive knows it’s a lie.

Is ‘Patch’ Dead Or Alive?

Actress Stacy Haiduk told Soap Opera Digest that Kristen uses extreme measures to take care of her new problem. For Kristen, this means attacking Steve. When Kayla checks in with her husband via text message, she gets a reply. So, she assumes Steve is just fine. What Kayla doesn’t know is Steve is lying on the floor completely motionless. Did Kristen just knock him out or did she commit murder?