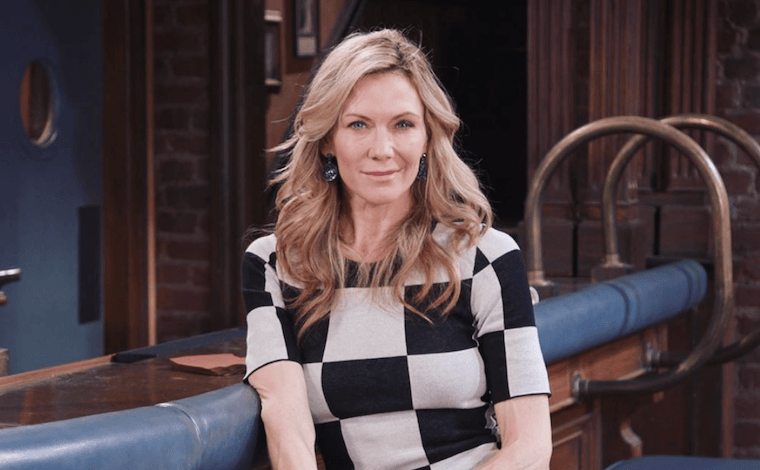 Days of Our Lives (DOOL) spoilers and updates tease that Kristen DiMera (Stacy Haiduk) will show up on EJ DiMera’s (Dan Feurreriegel) doorstep at the DiMera mansion in an upcoming episode of Days of Our Lives!

Days of Our Lives viewers will recall from recent episodes of Days of Our Lives that Victor Kiriakis (John Aniston) asked Steve Johnson (Stephen Nichols) to find Kristen and bring her in! Victor had made a deal for Justin Kiriakis’ (Wally Kurth) and Xander Cook’s (Paul Telfer) freedom with Salem District Attorney Melinda Trask (Tina Huang). Longtime viewers will recall that Kristen, in a blind fury of grief, had pushed Melinda’s daughter, Haley Chen (Thia Megia) down a set of stairs to her death at Salem University Hospital when she was told, incorrectly, that her newborn daughter had died. In reality, it was Sarah Horton’s (Linsey Godfrey) baby that died and Xander and Victor had conspired to make the switch! Kristen shows up desperate to see Rachel Black (Finley Rose Slater) who is now a pre-schooler. EJ reluctantly agrees but tells her she must stay where she’s at because the cops will get her if she doesn’t. EJ and Kristen get into a little argument over that, and Kristen being Kristen, tells her brother she’s going to do what she’s going to do and there’s nothing that he can do about it!

Days Of Our Lives Updates – Kristen DiMera Was On The Run For Many, Many Months 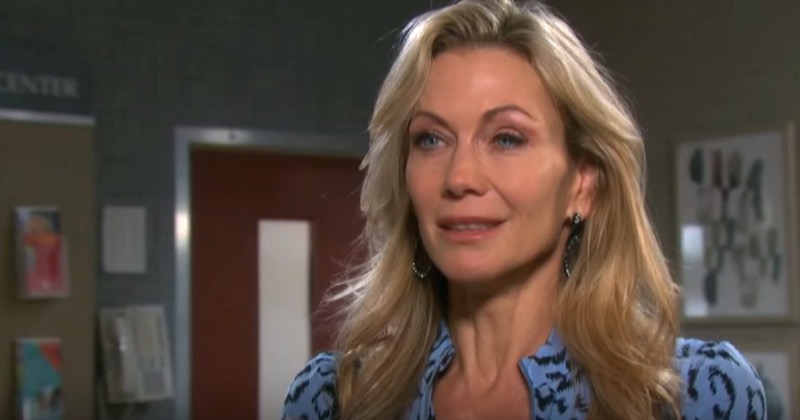 Days of Our Lives viewers will recall that after impersonating EJ’s mother, Susan Banks (Stacy Haiduk), and switching with her for several months, Kristen donned various disguises and made Sarah disappear and nearly killed Kate DiMera (Lauren Koslow)! Kristen had talked Susan into impersonating her and taking her place in Statesville Prison, where Vivian Alamain (Louise Sorel) was supposed to keep an eye on her and make sure she didn’t blow her cover. Eventually, Brady Black (Eric Martsolf) figured it out, however. Susan, as longtime Days of Our Lives viewers know, has been impersonating Kristen for years but she slipped up! At that time, Kristen slipped out of Salem in yet another disguise and was on the run ever since!

Days Of Our Lives viewers will note that little Rachel has stayed at John Black (Drake Hogestyn) and Marlena Evans’ (Deidre Hall) townhouse much of the time, while Brady has been at work. Kristen hasn’t seen her daughter in so long she may worry that she won’t remember her, and her plans are to take her on a little adventure close by since in the townhouse there is too much danger of being found. But soon Kristen will realize that EJ was right – she plans to take Rachel outside the townhouse on a little “field trip” blow up spectacularly in her face, as Steve and Brady find her there! Kristen will be hauled off to the Salem Police Department in spite of her thinking she could avoid detection in an upcoming episode of Days of Our Lives, even though she at least got a precious few minutes with her daughter!