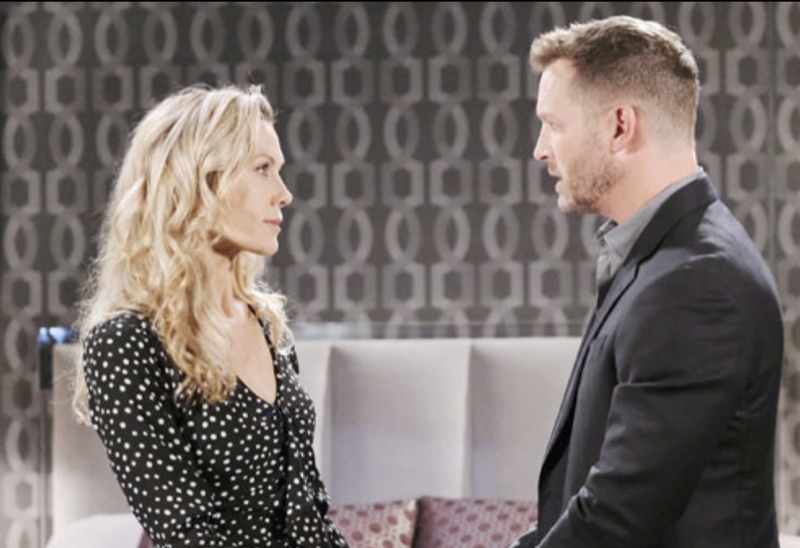 Days of Our Lives (DOOL) spoilers reveal that there is a lead on Kristen DiMera (Stacy Haiduk). Steve “Patch” Johnson (Stephen Nichols) and Kayla Johnson (Mary Beth Evans) go to Italy to search for Kristen. During a recent episode, Brady made a statement about Kristen. Could he trick his ex into revealing her location? Will “Stayla” also find Sarah Horton (Linsey Godfrey)?

DOOL spoilers reveal that during a recent episode, Brady had a conversation with Chloe Lane (Nadia Bjorlin) about Kristen. Brady said that Kristen would never hurt him despite them no longer being together. Then, he corrected himself by saying Kristen would never physically harm him.

Brady also mentioned that Kristen will always make sure he can contact her. Even though he doesn’t have a current phone number for her, Kristen will know he wants to talk to her. Just as she always has, Kristen will conveniently reach out to him shortly afterward. This could have been a big clue that Brady and Kristen have a conversation. Perhaps Brady tricks her into giving him her location.

There are a lot of people looking for Kristen right now. Kristen has escaped going back to Statesville, so she is a fugitive. Plus, the charges against Brady have been dropped. However, some Salemites wonder if Kristen was part of Philip Kiriakis’ (Jay Kenneth Johnson) disappearance and Brady being framed for the crime.

Then, there is Xander Cook (Paul Telfer), Rex Brady (Kyle Lowder), and Abigail DiMera’s (Marci Miller) realization. The three characters wonder if Kristen impersonated Sarah when she left Salem. They realize that this means if they find Kristen, they might find Sarah as well. 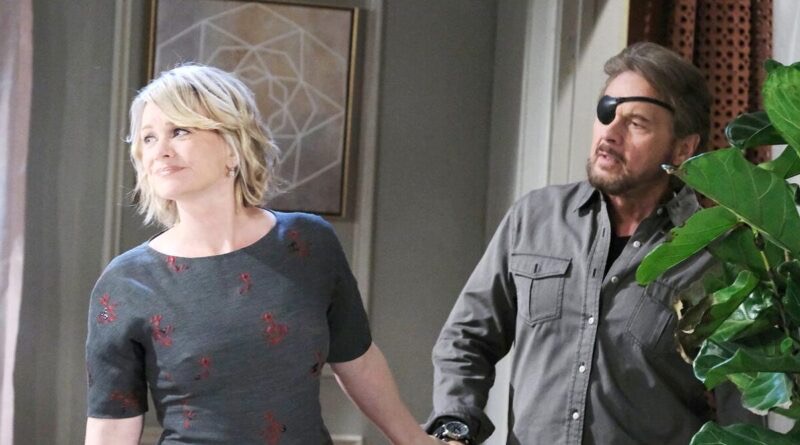 Days of Our Lives spoilers reveal that Roman Brady (Josh Taylor) asks Steve to find Kristen. Steve was able to do it once before when he was hired by Victor Kiriakis (John Aniston). So, Roman hopes Steve can track down Kristen again. However, Kayla won’t let Steve go on this search alone. The doctor insists on going with him and the two soon get a lead. Expect “Stayla” to head to Italy.

If Steve and Kayla locate Kristen, they also might find Sarah. However, what kind of condition will she be in? The last time we saw the real Sarah, she was stabbed with a powerful hallucinogen. Sarah was babbling incoherently about Xander and Kristen shoved her in a luggage trunk. Then, she impersonated Sarah to make sure no one would notice she was missing. So, will Sarah be sane or could she still be in the same condition as the last time we saw her?

The Young And The Restless (Y&R) Spoilers: Chloe Intervenes When Chelsea And Sally Tangle