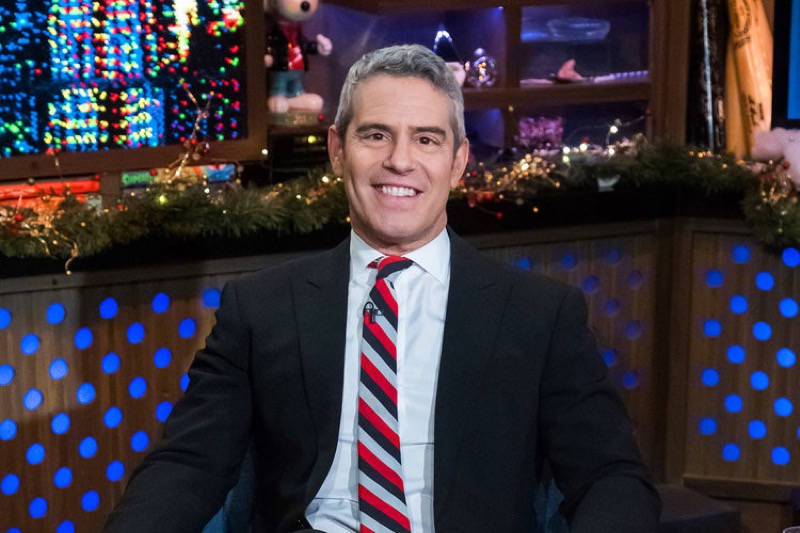 Andy Cohen upset a lot of people at New Year and CNN threatened to fire him. Well, it seems like the network changed their mind about that and loyal fans celebrate. In fact, ahead of the Live, Andy warned Cooper Anderson that he purchased “two quarts of alcohol” for the evening. While a lot of people complained as he was clearly drunk, others think the host of Real Housewives was “gold.”

Andy Cohen Wasn’t Getting The Feels For Christmas

Ahead of Christmas, the host of Watch What Happens Live spoke about how his son Ben seemed very excited about Christmas. However, on his Instagram, he seemed a bit down. He complained that New York seemed to be some sort of “limbo” and he felt “bored.” In the same post, he revealed that he caught up with CNN’s Anderson Cooper. There, he tried to cheer himself up by talking about the CNN New Year show. Actually, he told Cooper that he bought “two quarts of alcohol.” In retrospect, it seemed he wasn’t joking about that.

Andy Cohen often gets praised to high heaven for how well he parents his son, Ben. However, New Year brought no praise from CNN. Clearly disappointed and angry, news emerged that he wouldn’t be back again. Bravo fans who said “aww,” cheered up again when that decision was reversed. Andy dissed on his friend, Ryan Seacrest, said some naughty things about former New York City Mayor Bill de Blasio, and sent a message to Facebook’s  Mark Zuckerberg. Fans fed up with censorship applauded.

In the days after his appearance where he was clearly wasted, Andy didn’t regret what he did, apart from Ryan, his friend. On January 5, Real Housewives account @bravohousewives on Instagram raised the subject again. The admin noted, that he spoke out on the “Jan. 4 episode of SiriusXM’s The Howard Stern Show.” The WWHL host said, “Listen, I will not be shamed for having fun on New Year’s Eve,” adding, “That’s why I’m there. That’s why they bring me there.”

Over 5K people loved the response by Andy Cohen and a lot of people had their say in the comments. Mostly, it seems that Bravo fans enjoyed his New Year performance. Actually, it became evident that they loved his honesty, even though they felt surprised that a liberal could actually say things against the grain of the woke crowd. One Bravo fan wrote, “Bravo Andy! Say it, it’s called free speech and I love that you are lucky enough to use it!”

Instead of universal disapproval, Andy Cohen seems more popular than ever. One fan penned, “Wasted but not belligerent. Best tv of the year!” One fan who missed it and wasn’t sure what was going on asked for more info. A fan replied, saying, “it was GOLD!” Another fan who enjoyed it all said, “He is funny! I love this duo! Especially the rant, this has become my new year’s TV!”

While many fans enjoyed watching the show, others seemed a bit taken aback by it. Alcohol can detrimentally impact drinkers and their families. If you know someone who struggles with it, then help is available 24/7. You can check out the Alcohol Anonymous Hotline phone numbers  HERE.

Be sure to catch up on everything happening with the Bravo franchise right now. Come back here often for more news and updates about Andy Cohen.