Days of our Lives (DOOL) spoilers and updates tease that Patrika Darbo will be back on the canvas as Nancy Wesley, the mother of Chloe Lane (Nadia Bjorlin). Look for the exceptional actress to appear on January 14.

According to Soap Opera Digest Nancy arrives with “shocking news” about Chloe’s father. Does this mean that Craig will soon follow Nancy to Salem?

Days Of Our Lives Spoilers -Nancy Wesley Is Coming To Salem

Chloe could use a motherly visit right about now, she is up to her neck in drama. Let’s just say she hasn’t been having an easy time of it lately, romantically speaking. Her boyfriend Philip Kiriakis (Jay Kenneth Johnson) is presumed dead. That is not true, but not everyone got the memo.

Meanwhile her crush Brady Black (Eric Martsolf) is suspected of being behind Philip’s death. The reasoning was sound as Brady was found with Philip’s blood on him, near the body of water in which Philip’s prosthetic leg was discovered.

All signs pointed to Brady being the culprit of this non-crime even though the evidence was circumstantial.

Days Of Our Lives Updates – Brady Black Caught A Break

Brady caught a break when Philip’s mom Kate Roberts (Lauren Koslow) and dad Victor Kiriakis (John Aniston) took back their declaration of Philip’s death. The crafty parents realized that their son needed help after he popped back up alive and it was discovered that he orchestrated the whole death drama.

Kate slapped him upon learning of his elaborate ruse but sadly it did nothing to knock any sense into him. Not only was Kate furious that he let her believe he was dead, but she was also alarmed at the depths to which he sunk in order to get back at a love rival. Together she and Victor hatched a plan to get their son the help he needs. 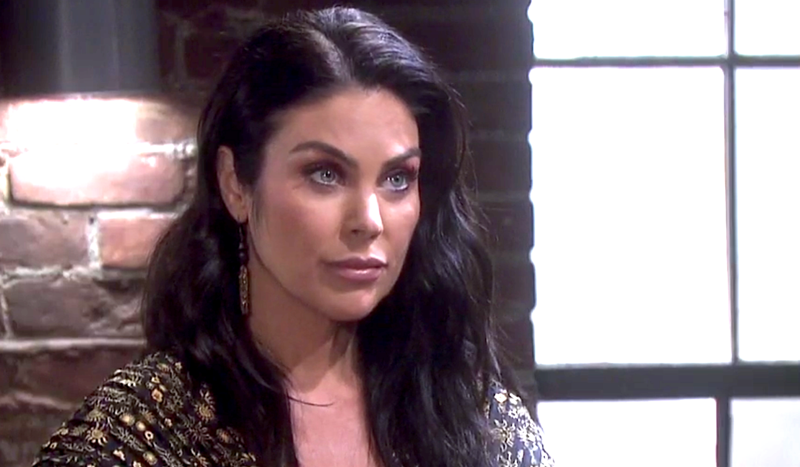 So, why is Nancy coming back now? Patrika Darbo’s Nancy was last seen in 2017. A lot has changed since then. For one thing the devil is running amok (again), at this moment in possession of Johnny DiMera’s (Carson Boatman) soul.

Nancy was last onscreen in 2017 to see Chloe give birth to Nicole Walker’s (Arianne Zucker) daughter Holly. Meanwhile, Kevin Spirtas’ Craig Wesley was last seen on the daytime drama way back in 2009. Both Darbo and Spirtas were seen during the Last Blast Reunion digital series on the DOOL App.