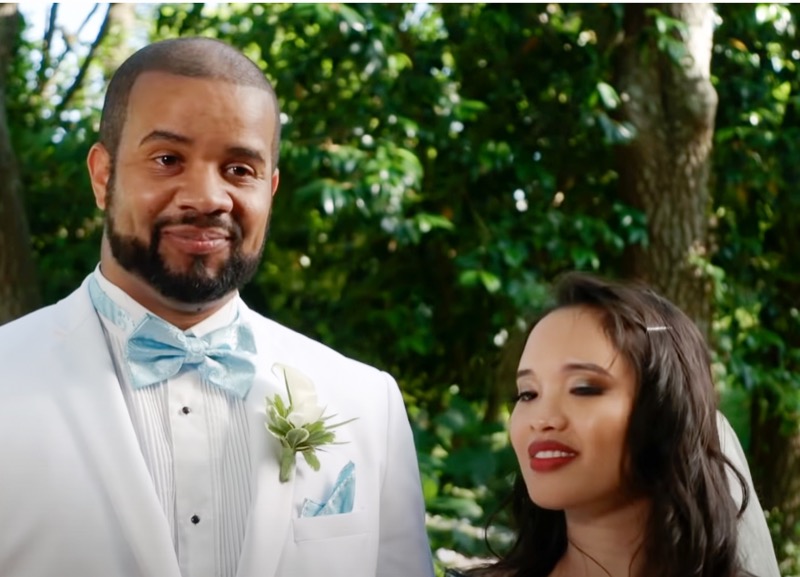 90 Day Fiance star Tarik featured with Hazel in Season 2 of Before The 90 Days. Fans later saw him with his brother Dean on Pillow Talk, but they both left that spinoff. Although Hazel and Tarik split, they got back together. However, he now revealed that she split from him and went back home.

Several members of the TLC franchise who found critics during their various seasons found a lot of favor with fans of Pillow Talk. David Toborowsky & Annie Suwa, in particular still go on it quite frequently. When they first got together, a lot of fans thought he was a pathetic loser as he chased around after much younger Annie in Thailand. Even when they both landed up in the USA, he seemed like a loser as he relied on a friend for accommodation, But the spinoff raised his profile.

90 Day Fiance fans also found a huge favorite in little Shai Brovarnik on Pillow Talk. Of course, that meant that his parents, Loren and Alexie also became more popular. The same went for Tarik when he appeared on the show in 2019 with his brother Dean. He and Hazel had split by then. In Tarik’s season of Before the 90 Days, Dean was often around Tarik and his fiance Hazel Cagalitan. When the two men left the show, fans were actually outraged and rumors come that were fired.

Tarik and Hazel reappeared in Season 8 of 90 Day in June of 2020. So, things looked good for them. However, now he revealed that it all fell apart again and she returns to the Philippines. Back in their first season in 2018, fans saw Tarik meet with her family in the Philippines for the first time. Now, fans heard the news of the split from Tarik on his Instagram Stories on December 7, they talked about it. That came when @90daythemelanatedway shared a screenshot on their Instagram. 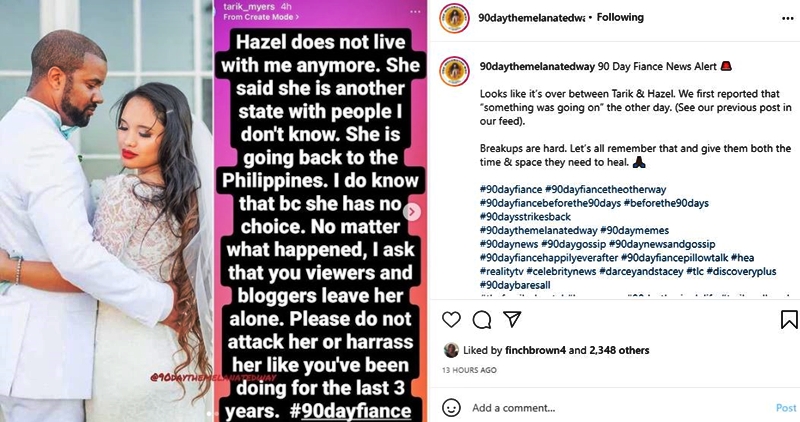 90 Day Fiance star Tarik wrote, “Hazel does not live with me anymore. She said she is [in] another state with people I don’t know. She is going back to the Philippines. I do know that bc she has no choice.” Then he added an appeal to bloggers and fans, saying,  “Please do not attack her or harass her like you’ve been doing for the last 3 years.”

90 Day Fiance fans commented on the post and one of them said, “😮. All that money 💴 down the drain when there is plenty of good women in America. I just don’t get it 🤷🏻‍♀️.” Meanwhile, he wasted his time asking for privacy and no haters. One fan noted, “Y’all reality people need to stop “asking” for “privacy”…..hell no, you gave us your lives for fame and we will devour every drop until we are full. Thank you for your service.”

Be sure to catch up on everything happening with the TLC cast right now. Come back here often for more 90 Day Fiance spoilers, news, and updates.