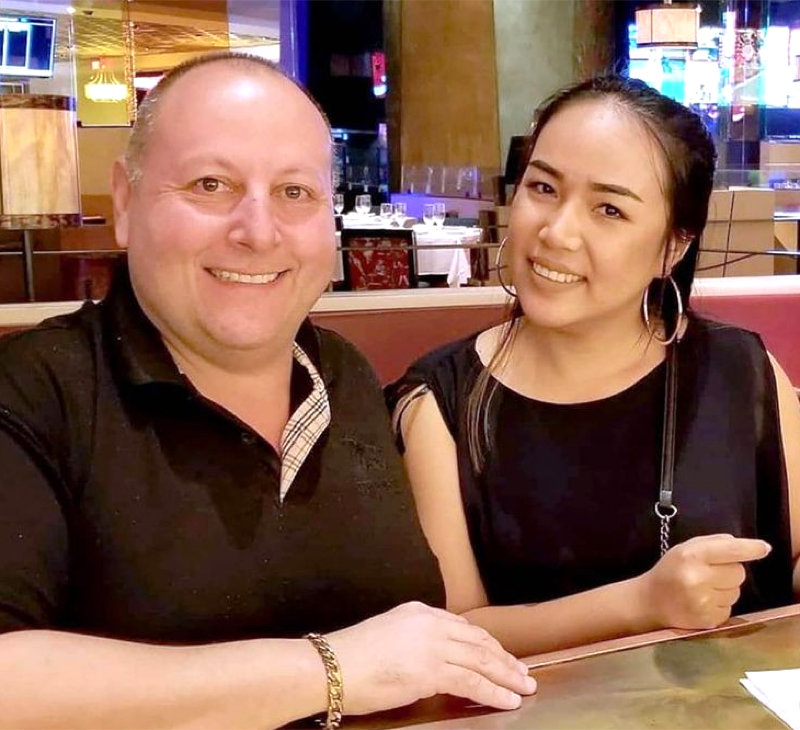 90 Day Fiancé spoilers and updates tease that stars David Toborowsky and Annie Suwan have been a fan-favorite couple in TLC for a long time. The love of the fans for the two also resulted in TLC making a spinoff just for them. David and Annie also love to share sweet stories about them online.

Now, Annie took social media to leave the fans in awe once more after sharing a wedding picture with David. The two also exchanged heartfelt messages to each other and fans can’t get enough of their sweetness.

In an Instagram post, 90 Day Fiancé star Annie Suwan shared a wedding picture of her with her husband, David Toborowsky. According to Annie, she and David haven’t had a wedding photo despite being together for almost 5 years.

Annie also shared a sweet message for David and called him “Teerak” which means my beloved or sweetheart in Thai. On the other hand, David also shared a different angle from their wedding photo on Instagram 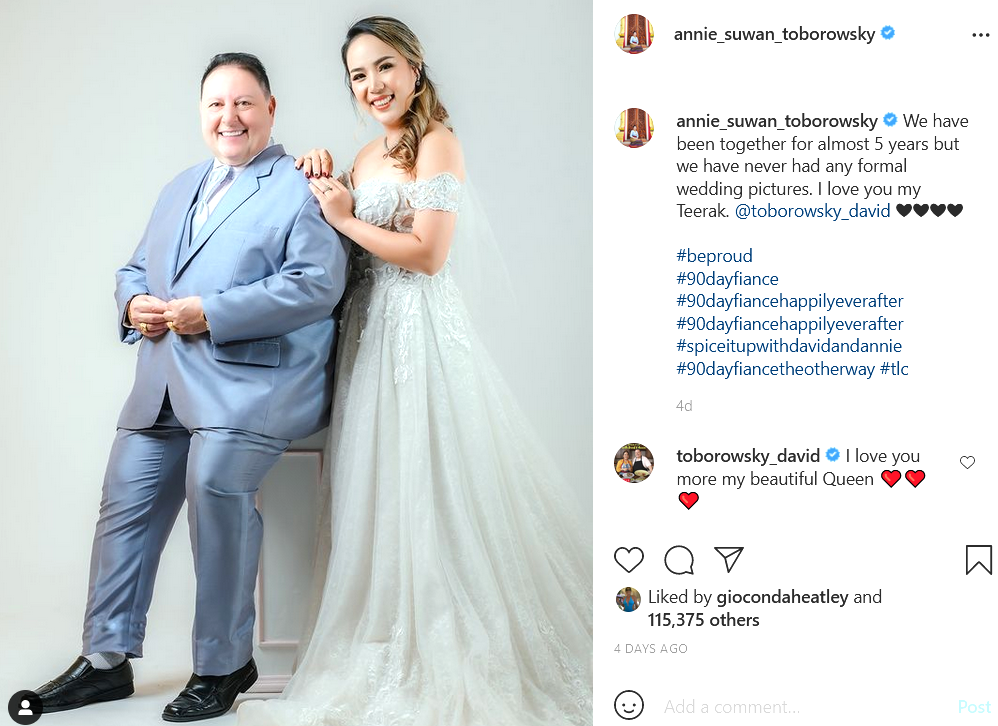 According to David, she loves Annie so much and he calls her “Queen.” The sweet exchanges of the two also left the fans in awe including several 90 Day Fiance cast members.

90 Day Fiancé stars David Toborowsky and Annie Suwan may look like a very happy couple with no problems at all. However, before they reached what they are now, the two went through a lot of challenges.

The two struggled financially back in the days to the point where they had to live in a storage unit. The horrendous living condition of the two almost resulted in their split. Fortunately, David and Annie quickly found ways to solve their problems.

Aside from that, David has been criticized for his 24-year age gap with Annie. However, despite all the criticism, the two proved that age doesn’t really matter in a relationship.

At this point, 90 Day Fiancé stars David Toborowsky and Annie Suwan have been living their best lives while also having their own spinoff show with TLC. Their show is called, Spice It Up with David and Annie, where the two cook some of their best recipes while also sharing hilarious stories about their lives.

Aside from that, David and Annie were also featured in many other spinoffs from TLC such as Pillow Talk, Strikes Back, and 90 Day Journey, making them one of the most successful couples in the franchise.