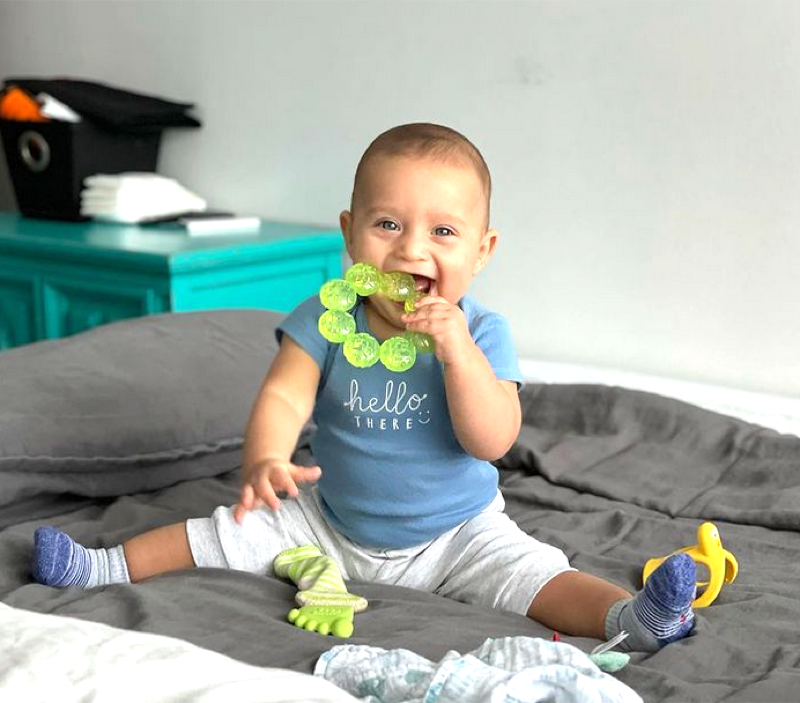 90 Day Fiancé spoilers and updates tease that stars Loren and Alexei welcomed Shai Brovarnik in April last year. Ever since then, TLC fans went crazy over the cute little guy. Actually, he might very well be one of the most popular kids on the franchise. Sometimes, fans even see him on Pillow Talk. This weekend, his mom posted up two photos of him sitting in a basket and fans think he looks so cute, like a little angel.

Shai Brovarnik brought a lot of joy to fans of the TLC franchise. However, his mom Loren struggled a bit postpartum. While she shared a lot of photos of her son, she also struggled a bit with that. Now, she and Alexei look forward to another baby. In the meantime, she keeps the photos of Shai coming and fans can’t get enough of him.

Actually, 90 Day Fiancé fans want to know everything about Shai Brovarnik. In fact, they even loved seeing a photo of him eating his nutritious snacks. That turned into a discussion about the best food to feed kids as they start on solids. Well, he always seemed like a big baby despite arriving a month early. Now his mom shared photos of her son in a basket, they agree that he looks so very cute.

On Sunday, July 18, Loren posted up two photos of her little boy. While some fans feel he looks much older than just over one, he still hangs onto his favorite little blue ring. Plus, he stayed with the blue color theme as he wore a blue tee-shirt. Lorean caption it with, “Are 👏🏼 you 👏🏼 kidding 👏🏼 me.” Plus, she reminded fans that he’s 15 months old now. Actually, it looks, like he climbed in the basket by himself, rather than posing in a staged photo. 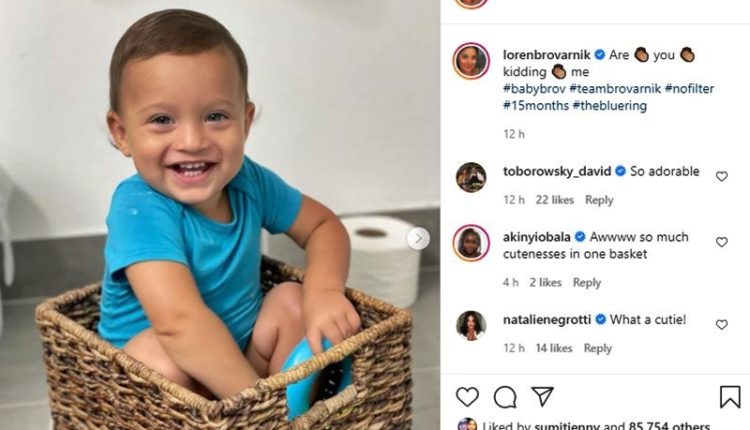 When @90daythemelanatedway share the photos of 90 Day Fiance kid Shai Brovarnik, one follower commented, “Shai looks so cute – like a little Angel in a basket. What an adorable child.” Meanwhile, over on Loren’s Instagram page, others talked about how cute he is. Co-star Akinyi Obala said, “Awwww so much cutenesses in one basket.” David Toborowski also commented saying, “So adorable.“

One fan talked about how photogenic Shai is. They wrote, “When daddy said no to mommy and didn’t let her turn him into a model. So she makes the most photogenic kid alive 😍😍😍😍😍👏👏👏👏👏🧿🧿🧿🧿🧿” If you don’t recall, in 2020, Loren suggested that he becomes a model, but he prefers jobs more closely aligned to his medic experience in Israel.

Remember to check back with us often for more news about TLC’s 90 Day Fiancé kid, Shai Brovarnik, and his mom and dad, Loren and Alexei.