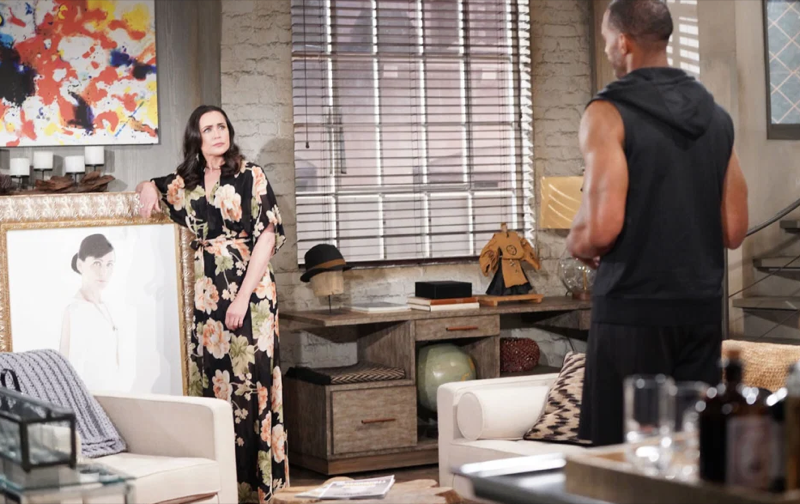 The Bold And The Beautiful Spoilers – Falling In Love

In this week’s preview of The Bold and The Beautiful, entitled “Falling In Love”, things continue to get bolder but not necessarily beautiful between the ill-fated lovers’ Carter and Quinn! Viewers of The Bold and The Beautiful will recall from recent episodes that Eric Forrester (John McCook) gave Carter another chance and didn’t fire him from his job as corporate attorney of Forrester Creations. But there was one caveat – Carter had to not only stay away from Quinn, but he also had to draw up Eric’s divorce papers from Quinn!

Carter could easily have cited conflict of interest and refused, but after offering to resign, he is just grateful to still be employed and have the friendship of the Forresters. As for Quinn, Eric not only fired her but kicked her out of the Forrester mansion and tasked Carter with disposing of her portrait that had replaced the late Stephanie Forrester’s (Susan Flannery) over the fireplace mantel in the living room. 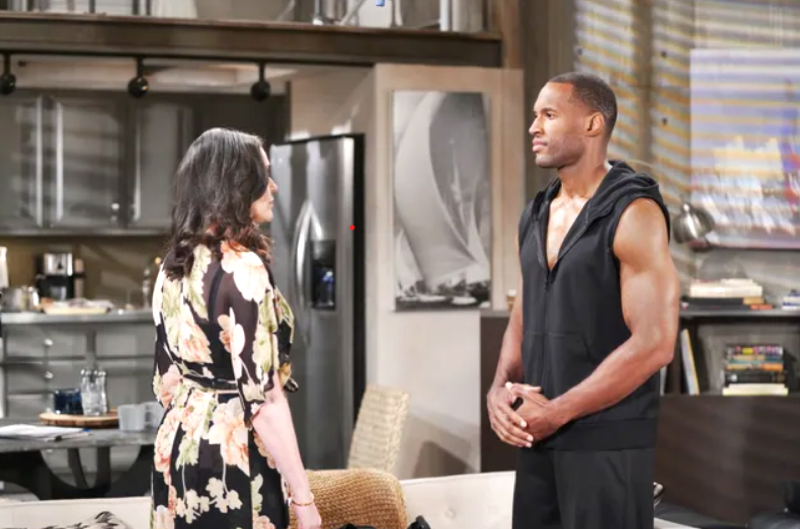 Carter brought it home to his loft instead. Staying away from Quinn is going to be very difficult – especially considering that she does not seem to be able to stay away from him! His loft is the first place she went after clearing out her office space at Forrester Creations, which is when she found out that he had her portrait and he told her the conditions for staying employed that Eric had laid out for him.

The Bold And The Beautiful Updates – Back At It Again

This week on The Bold and The Beautiful the two of them are back at it again, with the opening scene showing them wearing only a knitted afghan over the both of them, making out on the couch at Carter’s loft! That’s risky business, considering either Eric or Ridge Forrester (Thorsten Kaye) could drop in at any time, or anyone else from the company who might report back to Eric – Brooke Logan Forrester, (Katherine Kelly Lang) for instance! Longtime viewers of The Bold and The Beautiful will recall Brooke and Quinn’s years-long rivalries! Quinn tells Carter that they can’t keep doing this – as she is in what appears to be a black lace teddy and he’s shirtless.

Quinn tells Carter there is too much at stake and he cannot see her anymore! Carter tells her it’s not that easy! Quinn worries, telling Carter that if Ridge and Eric find out that they are still involved, that Carter will be a pariah! Then another scene unfolds, with the two of them dressed as he holds her close and tells her he can’t get her out of his head, and he doesn’t want their romance to end! It certainly does appear that not only will what started out as a fling continue, but at least on Carter’s part, it is turning into falling in love. Quinn tries to end things but she cannot either, and the two continue to be drawn together so it may be love for her too!