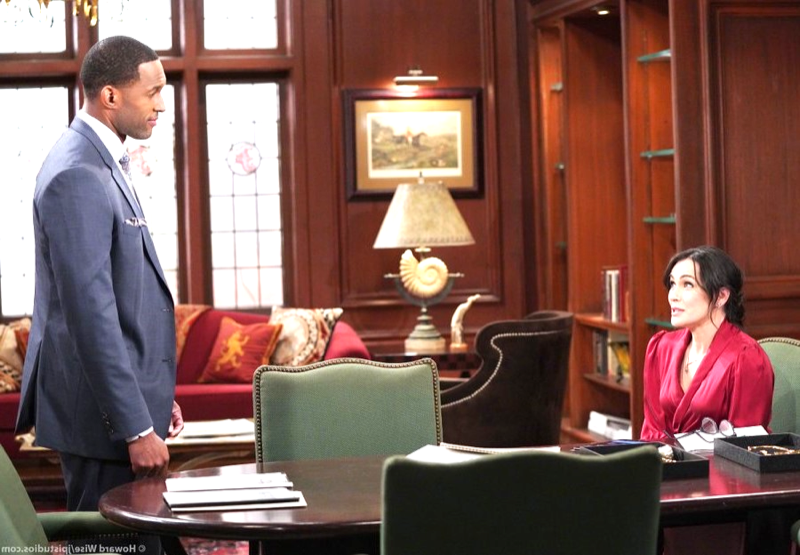 The Bold and the Beautiful (B&B) spoilers and updates tease that Carter Walton (Lawrence Saint-Victor) has long been a good guy. But maybe he doesn’t want to play that role anymore?

Quinn Fuller Forrester (Rena Sofer) is about to lose the name she added to the one that she apparently had since childhood. Eric Forrester (John McCook) gave her more than a name, however. He gave her his heart, she took that gift for granted and broke it.

Carter’s path to Quinn is one that Eric intends to block. He’s warned the man he thinks of him as a son to stay away from Sofer’s character. If Carter doesn’t, then life, as he knew it with the Forrester Family, will be over.

The Bold And The Beautiful Spoilers – How Did We Get Here?

The quick answer is that Quinn is Quinn. No one knows that better than Wyatt Spencer (Darin Brooks). But as her son, he’s also biased in favor of believing that she deserves perpetual second chances.

Eric was the seeming love of Quinn’s life. But the kisses she shared with his adopted son, Ridge Forrester (Thorsten Kaye), a handful of years ago demonstrated that something was awry in Quinn’s head.

The scheme she attempted to pull off with Shauna Fulton (Denise Richards), which proved to be a botched, fake marriage to Ridge, was the genesis of the undoing of Queric. 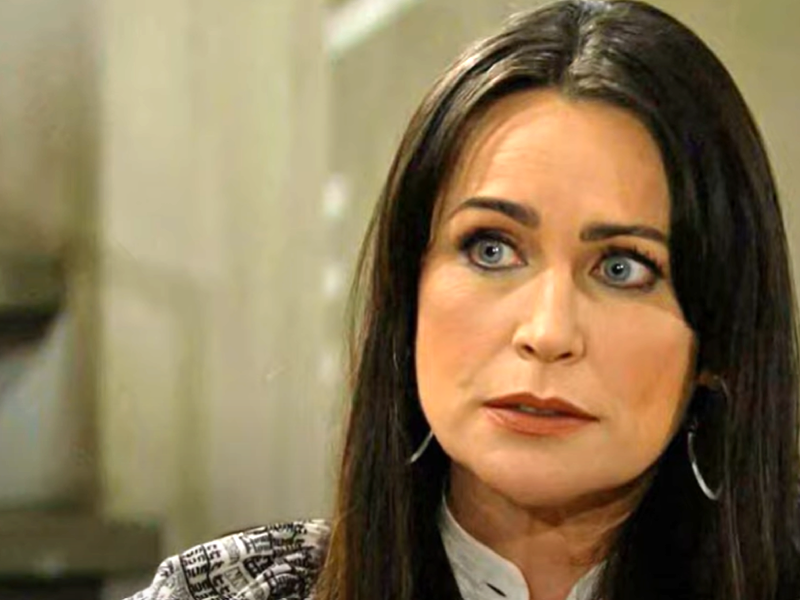 Eric arguably went well beyond what any other human being would have endured. He overlooked Quinn’s multitude of flaws in the belief that she was making progress.

But the better version of herself cliche, that exists in the modern ether, proved to be baloney. Quinn was never a better version of anything. She was as she has been, a me-first, immature human being who can’t control her impulses and doesn’t care how other people’s lives are damaged by her actions.

McCook’s character went beyond anger and made a decision to rid himself, his family, and the fashion business of all things Quinn. Brooke Logan Forrester (Katherine Kelly Lang) is feeling bittersweet satisfaction as a result.

Is Carter on the way to becoming the new Eric? That’s a fully reasonable question to ask.

As Quinn senses, she has Carter’s attention and doesn’t want to let go. With Eric out of the picture, she needs a new man.

But Carter’s choice to be with Quinn will likely lead to the loss of his position and Board seat at Forrester Creations. Eric surrendered his dignity, in the end, but not his powerful position when he coupled with Quinn. That’s the difference Carter will hopefully consider before he makes a mistake unless Quinn’s pull proves too powerful to overcome.