British royal family news reveals that it’s starting to feel like ages since the news emerged that Diana’s close friend and confidante, Jemima Khan, has left her Netflix role as advisor on their popular series “The Crown” because of their misrepresentation of the late Princess Diana.

After the news became public, several people and royal experts called on the “woke” couple, The Duke and Duchess of Sussex, to speak out against the actions of Netflix.

So far, the California-based couple is yet to break their silence on the topic and it is “deafening”.

Prince Harry shared his grief with the world, taking us back to the little boy who lost his dear mother and how he felt he had to put on a brave face for the world. He hid his sorrows from the world, resulting in many years of mental instability.

He credited Meghan for helping him seek the much-desired therapy that finally freed him of all those years of pain.

Meghan also hinted she’d get along well with her late mother-in-law, often wearing some of her jewelry in public.

Diana’s fans, however, first called for Harry and Meghan to take a stance against what they thought was a “disgraceful” portrayal of the late Princess by Netflix’s recent Princess Diana musical. 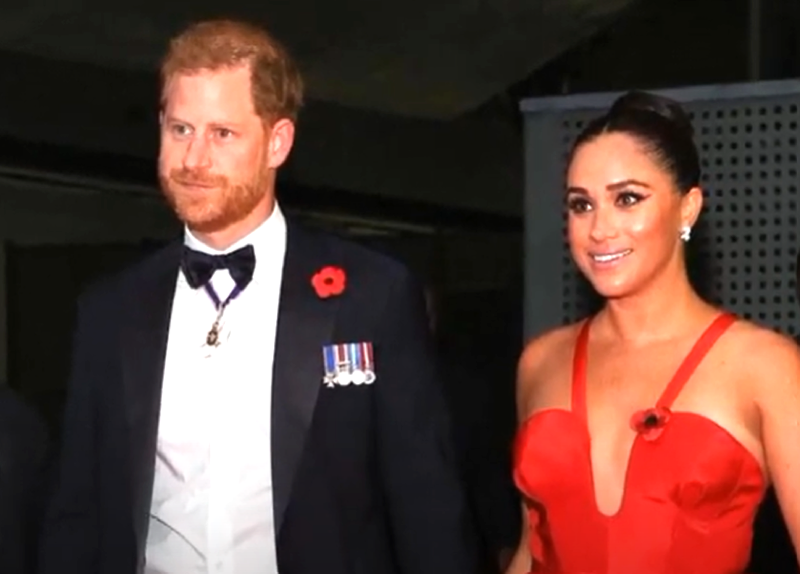 Now, fans are calling on Harry and Meghan to break their ties with Netflix after Diana’s close friend revealed that the streamer’s portrayal of Diana during her last years is disrespectful.

She also called for her name to be removed from the hit series’ credit as a contributor, saying that her friend’s story was not being “told as respectfully or compassionately as I had hoped”.

Following the news that Jemima Khan has walked away from Netflix, royal commentators asked the Sussex duo to do the same and abandon their multi-million dollar deal with Netflix in order to honor Diana, at the very least.

Harry has been, in the past, vocal about the disrespectful representation of his late mother by the media, so it remains to be seen whether he would choose his contract over his mother’s reputation and remain indifferent to the controversial portrayal of his mother by the Netflix series. William has voiced his disapproval, but Harry is yet to do so and commentators say his “silence is deafening”.

Royal Family News: Meghan Admits She Did Help With Biography Despite Numerous Denials

A senior TV Source, who has previously worked with Netflix, told Page Six: “To me, their silence is deafening.”

He continued: “It might be easier to explain their position, had we seen the fruits of their labor on Netflix, but to date, nothing has been released, which is leaving some raised eyebrows in the industry as to what Netflix is exactly getting out of their investment.”

The lack of content for Netflix is deemed almost the same as Spotify, which has so far only seen the production of a 37-minute content released last year by the couple.