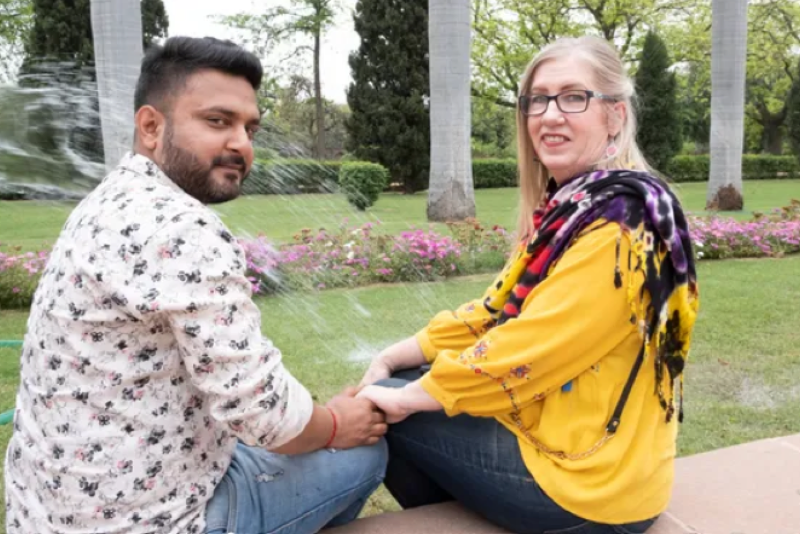 90 Day Fiancé fans currently watch The Other Way, Season 3. In the news season, Sumit and Jenny get a lot of attention as his mom and dad move in with them. Note that this article contains spoilers for the last couple of episodes. Now it looks like the couple might finally tie the knot, fans become so fed up with their long-running story that they simply don’t believe they will never marry.

Jenny and Sumit definitely signed up for the show because of the opportunity to earn money. In fact, she confessed to it in October this year. She told her fans, “I actually contacted the show because, you know, for financial reasons. Neither one of us could really get back to each other financially, so that’s what kept us apart and in a long-distance relationship.”

Now, 90 Day Fiancé fans actually think that’s why they never find closure and just get on with getting hitched. Each season, Sumit comes up with a million reasons why he can’t marry Jenny. Back in June, fans suspected that Jenny hinted they might actually land a spinoff. Well, fans didn’t take t that idea as they already saw way too much of them, they think.

In the latest teasers, fans saw that an Astrologer told Sumit’s mom, Sadhna to leave them alone and move out of their place. Did Sumit look thrilled? Actually, no, He looked very shocked, critics noted.

This week, @youreroadchuckness reposted a meme about Sumit. The admin credited a Reddit user. In it, a lot of mathematical formulas and equations were written. The caption read, “Sumit trying to figure out how not to get married.” It used to be funny to fans, but not so much these days. With Sadhna being put in her place, for now, it might open the road to marriage. However, fans are skeptical. 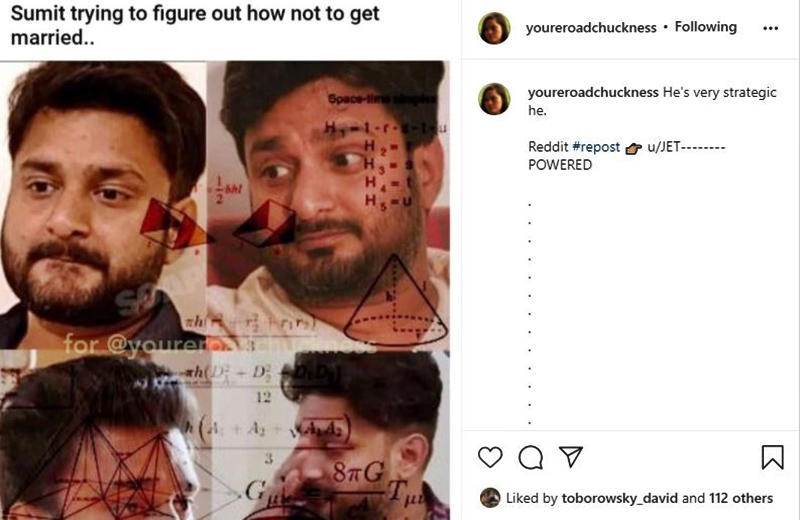 One 90 Day Fiancé critic wrote in the comments section, “They’re both stringing out this worn-out storyline just to keep the TLC paychecks coming in! @TLC needs to realize that we are all tired of them. 4 seasons is enough!” Actually, the couple starts looking a lot like Nichole and Azan who also strung out their never-ending story. Likewise, fans grow suspicious that Tiffany and Ronald Smith also start a journey of never getting things sorted out to extend their storyline.

Other 90 Day Fiancé fans also think marriage is unlikely for Jenny and Sumit. One of them noted, “Hahaha 🤣🤣😂😂Yes always makes excuses.” Then another one wrote, “Hopefully TLC is gonna lose viewers with these people that are on TV too long. I’ve watched from the beginning and I think I’m done.”

Be sure to catch up on everything happening with the TLC franchise right now. Come back here often for more 90 Day Fiance spoilers, news, and updates.