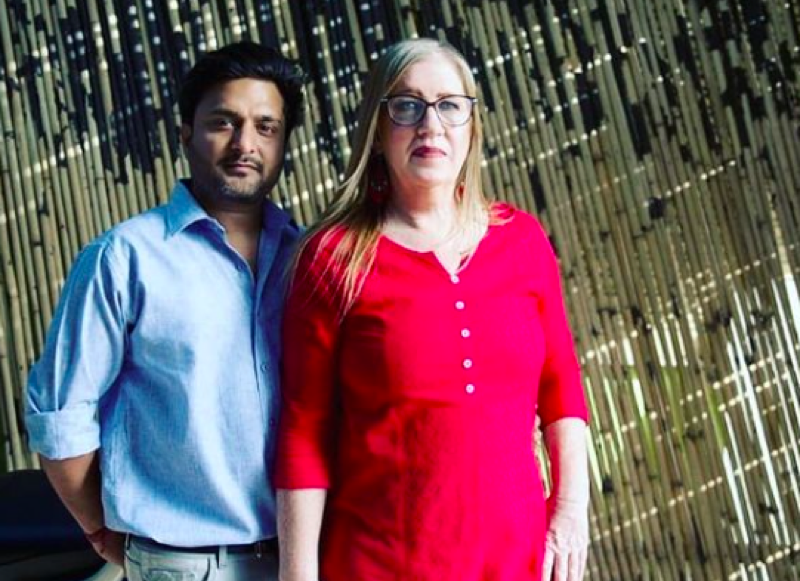 90 Day Fiancé spoilers and updates tease that fans have been keeping up with the lives of Jenny Slatten and Sumit Singh in India. Both have been particularly active on social media recently and now have dropped a major hint that they could return to the TLC reality network. Jenny and Sumit also recently revealed that they are engaged at last.

As fans of the TLC reality TV show know, Jenny Slatten and Sumit Singh have had a rough time since first starring on season 1 of 90 Day Fiancé: The Other Way. However, despite a 30-year age difference, catfishing, societal pressures in India, and more, the couple has managed to stay together. In fact, judging from their social media, they are completely happy living together in India. Even better, Jenny seems to be getting younger and younger, judging by her latest Facebook photos.

Recently, Jenny and Sumit laughed off rumors that he had married someone else, after images of Sumit wearing a smart suit did the rounds on social media. To prove their point, Jenny immediately posted a lovely selfie with Sumit, writing that they usually laugh off such rumors. However, that same image shocked their fans, as it revealed a photo of her engagement ring.

Fans will remember the finale of 90 Day Fiancé: The Other Way, where Sumit battled his mother over wanting to marry Jenny. She even threatened to kill herself should they tie the knot. However, despite that, Jenny appears to be happy and has stayed in India with Sumit. Now, however, Slatten has admitted that they did become engaged in November 2020.

In April this year, the couple both suffered COVID-19, but have both recovered. In fact, they are both looking beautiful and glowing in good health.

Since then, rumors have surfaced that Jenny and Sumit could be returning to the 90 Day Fiancé universe. According to TV Season Spoilers, Jenny responded to an Instagram fan with a hint to that fact. When a fan asked, “Why are you guys not doing any more tlc we miss you,”  Jenny responded cryptically, “stay tuned.”

Earlier in the thread, another fan asked if they had yet married, to which Jenny responded, “sorry can’t say.” This certainly makes it sound like a TLC contract is involved.

As Jenny is still in India with Sumit, fans now wonder if they will return for a third season of 90 Day Fiancé: The Other Way. What do you think, readers? Would you be happy to see Jenny and Sumit back on the little screen? Let us know by dropping a comment below.