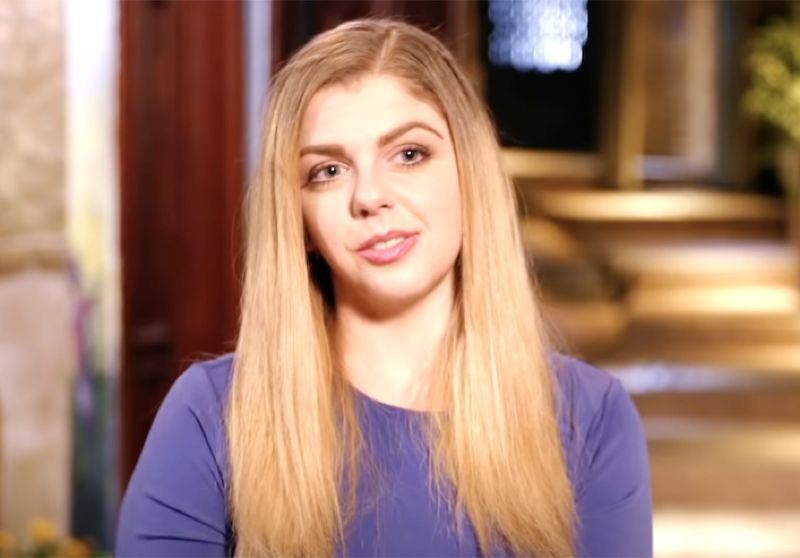 90 Day Fiancé: The Other Way Season 3 rumors emerged that Ariela Weinberg and Biniyam Shibre split. So, fans were not surprised to see the October 31 teaser that revealed she won’t ever return to Ethiopia. Well, did they split forever? Or are they still a couple? Read on to find out.

Spoilers for the show revealed that Ariela’s ex, Leandro started hanging around the edges of Ariela despite breaking up a long time ago. Naturally, Biniyam is unsettled about it. Additionally, he suspects that Leandro is trying to win Ariela back. But that’s not his only concern as Biniyam really worried that she might not return from the USA.  Once before, he was in a relationship and he lost his first child to another country.

Day Fiancé: The Other Way Season 3 fans already suspected that when Ariela went to the USA so their son Aviel could have surgery for his hernia, she’d stay there. Actually, on Instagram, fans joked about how predictable the show is sometimes. Fans know that Ariela gave him a ring and said that of course, she’d return. Still, he didn’t seem completely convinced. Well, fans who predicted she’d stay there were vindicated on October 31.

On October 31, fans saw that Ariela went off at Biniyam. She seemed super-upset and told him “You took the home that I had and you turned it into a party house.” So, she suspected that girls were sleeping in her bed, and even possibly with her man. Angry, she said that either they relocate to Kenya as a couple, or they split. However, she did mention co-parenting the kid.

Now that Day Fiancé: The Other Way fans saw that play out, they naturally wonder if Ariela split from Buniyam forever. Well, Charmaine Holmes posted a photo up on Facebook that showed them together. Next, @youreroadchuckness then shared it on Instagram. That came at the end of September, which is probably after the season was filmed.

As you can see, the info arrived that Ariela apparently still loves Ethiopia. Additionally, they only visited the USA. So, potentially, they returned to Ethiopia and possibly live happily ever after.

Hints They Are Together

Heavy.com reported that “another hint that [the] “90 Day Fiancé” stars are still together is that both Ariela and Biniyam have each other’s Instagram handles in their account bios.”

What are your thoughts about all this drama? Do you think she ever really intended to split from Biniyam? Sound off in the comments below.

Be sure to catch up on everything happening with the TLC right now. Come back here often for more Day Fiancé: The Other Way Season 3 spoilers, news, and updates.