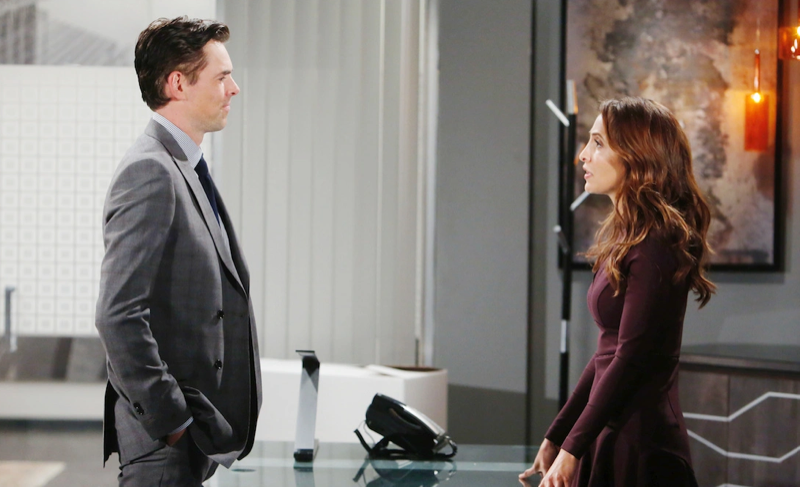 Viewers of The Young and The Restless will recall that Billy updated Lily on what Jesse Gaines (Jamison Jones) told him the day she arrived in Tuscany. She wasn’t happy that Billy brought the man to Victoria Newman’s (Amelia Heinle) and Locke’s wedding, and even less happy than he’d paid him a duffel bag of cash for his information! Locke had already come clean to Victoria on the fraudulent manner in which he stopped being Bobby DeFranco and became Ashland Locke, as well as having Jesse Gaines Sr. (mentioned character) make a phony codicil to Camilla Rhodes’ (mentioned character) will so he would inherit the money.

Locke told Victoria that Camilla was going to leave her estate and her money to what he considered phony charities such as cat sanctuaries, but that Gaines Jr. had found Camilla’s original letter and that is what he had been blackmailing him over for all those years. Victoria was shocked but didn’t have a problem with it. But Billy didn’t know that Victoria already knew – and then discovered Gaines Jr. had disappeared! Viewers of The Young and The Restless know he showed up – to confront Ashland Locke, but Victoria walked in on them and told Locke she knew how to handle people like Gaines!

The question in viewers of The Young and The Restless’ minds is has Ashland come completely clean to Victoria, or does Gaines Jr. have even more secrets? A sense of trouble looms over the wedding as Nikki Newman (Melody Thomas Scott) makes a shocking discovery! Viewers of The Young and The Restless will recall that Gaines Jr. threatened to tell all just as Ashland and Victoria are getting ready to say their “I Do’s”! 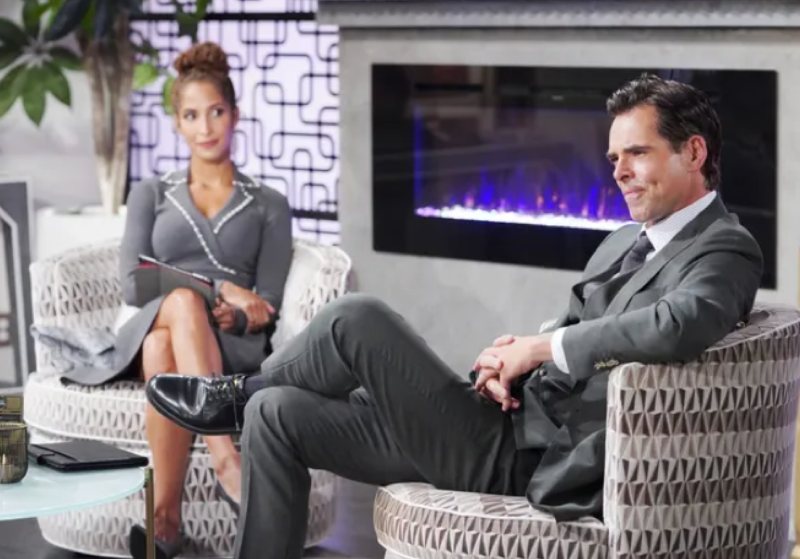 It seems that Jesse Gaines Jr. indeed has even more secrets than he will threaten to expose publicly before everything is said and done! Of course, there is a possibility that Gaines Jr. might be fishing for more money by saying he has more dirt when he doesn’t have more dirt or proof of said dirt! Viewers will recall when he first came to Genoa City that he had lost his own law license and there had to be good reasons for that!

To Cover Or Not To Cover The Story, That Is The Question

Viewers of The Young and The Restless know that ChancComm is not a rag, and Billy and Lily face an ethical dilemma when Gaines exposes even more shocking intel on Locke. What has been uncovered already is bad enough, and now Ashland Locke seems to be getting even sicker. Billy mentions to Lily how he found Locke having problems breathing and seeming in pain and he’d offered to find Nate Hastings (Sean Dominic) who is in Tuscany because he is Locke’s best man.

Locke had refused and told Billy he was okay and just needed some water, which Billy was glad to give him. They don’t really know the extent of Locke’s lung cancer and if the chemotherapy is working – if they go ahead and publish the scandal, are they ruining the reputation of a dying man, even if it is the truth? Lily mentions that will hurt Victoria even worse in the long run than it would if they let sleeping dogs lie and Locke die with his reputation intact! Viewers of The Young and The Restless will be interested to see what they decide!