General Hospital viewers know that Gladys can be infuriatingly intrusive, inserting herself into many conversations where she has no business doing so! She’s really been making Sasha and Brando Corbin’s (Johnny Wactor) life difficult, and to make it even worse, she hooks up with the bad boys, one after another. As long as she can get a sugar daddy to pay her way, she doesn’t care what they do for a living! First Cyrus Renault (Jeff Kober) and then Vincent Novak (Glenn Taranto)!

General Hospital viewers remember that Brando even asked Gladys if she had learned anything from her nearly getting killed by Cyrus! Apparently she hasn’t! Then Sasha went out of her way to get her a job that she could do so she could get out on her own. She got her a marketing position with Deception Cosmetics, which Gladys promptly goofed up by not having the right social skills to impress clients. She had an important client almost convinced at the Metro Court until she told her that she looked so much younger wearing Deception Cosmetics. That’s no way to win friends or clients or impress people – that was more like a backhanded compliment; an insult disguised as a compliment, in other words!

General Hospital viewers know that Sasha still wants to get Gladys a way to support herself and move into her own place. The baby is fast arriving, Sasha is almost at her due date. She thinks perhaps maybe Gladys and the marketing position just wasn’t the right fit. Most upsetting is Gladys’ continued quest to get Brando a job in the mob! General Hospital viewers know that Brando doesn’t want the mob life and neither does Sasha, they both know the dangers. 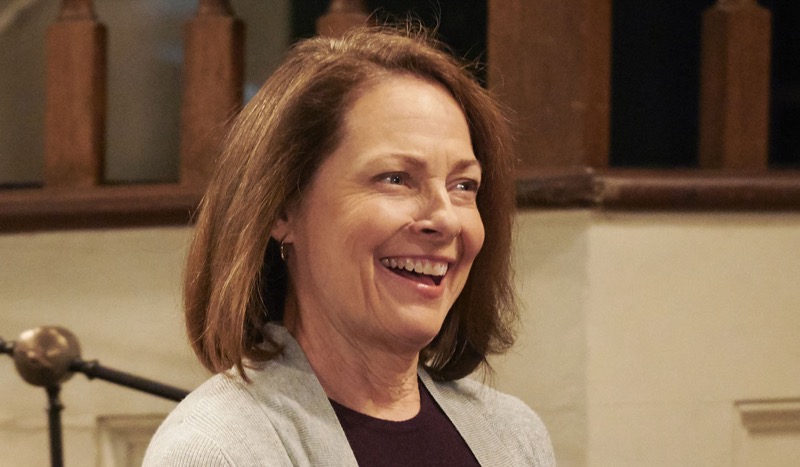 Sasha nearly died from an overdose thanks to Cyrus, and even before that, she nearly died from the bird flu when she was involved with Michael Corinthos (Chad Duell) several years ago. Then, because of her involvement with Sonny Corinthos’ (Maurice Benard) son, a mobster – she was targeted by Cassandra Pierce (Jessica Tuck)! Cassandra injected her grapefruit with the deadly virus as they were all having to breakfast on a Puerto Rican vacation!

General Hospital viewers can imagine since Sasha has to run interference, that possibly Gladys encounters another client or possibly a potential investor of Deception Cosmetics. There is also a chance that this potential client or investor is a wealthy older man – just Gladys’ type! General Hospital viewers know that many potential clients or investors are entertained and approached in The Metro Court, unarguably having the best and finest restaurant in Port Charles. It is convenient – especially if that potential client is traveling in from out of town.

Lucy Coe (Lynn Herring) always holds the fantabulous Nurses’ Ball extravaganzas there as well. It’s the perfect place to impress people into making lucrative deals! Viewers can just imagine a wealthy older client or investor being wooed into a deal, possibly by Lucy, with Sasha there and seeing Gladys hone in on him, going for the kill! Sasha will quickly get Gladys out of the vicinity and distract her away from the client, hoping to save the deal!