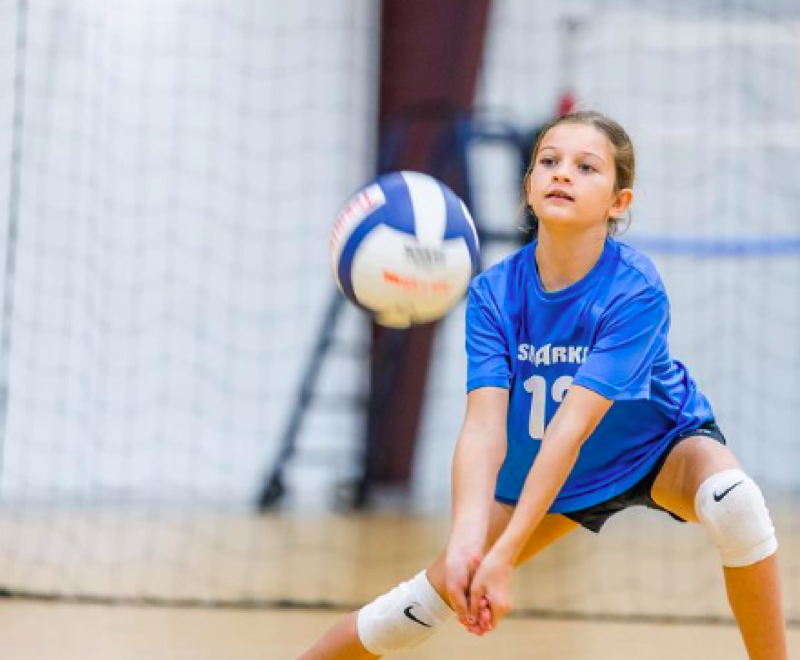 OutDaughtered fans saw that last year, Blayke Busby grew tall and athletic. Actually, she seemed to surprise her mom and dad, Adam and Danielle. All of a sudden, their baby girl grew up. Well, she went off and started playing basketball and did really well. Now, she’s playing volleyball and competed in her first tournament.

Danelle Busby loves taking the family along to watch Blayke playing in tournaments. Last year, she played some volleyball and basketball. However, this is the first tournament in which she played volleyball. As you can imagine, she looked really confident, tall, and athletic. Certainly, it seems like the beautiful young teen has the physique for excellence in sport. Maybe TLC fans see a sports star in the making.

OutDaughtered fans saw Blayke Busby learning to play basketball, and she won her first tournament. Fortunately, she didn’t go to the club alone. Her best friend and cousin, McKenzie also played the game. She’s the daughter of Uncle Dale and Aunt Kiki. With a successful basketball season behind her, will she and her team take the crown in volleyball, in 2021?

The quints, Adam, and Danielle all went along to watch Blayke Busby play her first volleyball tournament. Both of them shared some photos of their day. One of Danielle’s photos came with the caption, “LOVE watch my girl play (sic).” Meanwhile, Adam Busby who enjoys photography too lots more pictures. He captioned his photos with, “Got a few good shots of Blaykers at her first Volleyball Tournament today. Man, she is looking so grown up!😩”

The proud OutDaughtered dad revealed that Blayke wore her blue uniform with the number 12 on it. Actually, three of the four photos showed that he captured some really nice action shots. Then, in one of them, he caught her looking intensely into the volleyball game. Additionally, she looked tall and confident.

A few fans asked which sport she prefers, basketball or volleyball? Well, Adam didn’t reply, so perhaps she likes both of them the same.

Blayke Busby found a lot of fans over the years. The show tends to focus more on the cute quints. However, fans like it when Adam and Danielle share photos of their eldest daughter. One fan commented, “Great photos, dad! 👏 (she DOES look grown up!).” Then another one noted, “She is so tall for her age.“

More comments followed, and an adoring fan penned, “Blayke is sooo precious & such an awesome role model for the quints!❤️”

What did you think of the photos of Blayke playing her first volleyball tournament? Do you agree that she looks very tall and confident for her age? Sound off in the comments below.