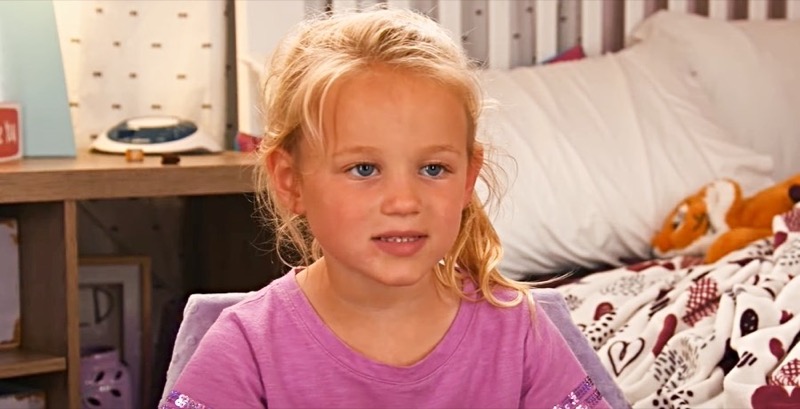 OutDaughtered star Riley Busby doesn’t always get along with her sisters or desire to do the same things as them. Actually, ever since she was a baby, she’s been very much the boss. Plus, she seems to have a mind of her own. So this week, she didn’t join the other quints, Hazel, Olivia, Ava, and Parker Kate when they had fun. Their big sister Blayke also opted out, but these days, she seems to do her own thing more often.

OutDaughtered Riley Busby And Blayke Sit Out The Fun

Blayke Busby is ten years old now, and soon, she turns 11. These days, she seems to enjoy hanging out with her cousins and friends, rather than constantly playing with her little sisters. Obviously, she loves them, but teenagers often start asserting their independence quite young. She likes playing volleyball and basketball and the quints are a bit too young for that at the moment.  Additionally, she sees her sisters every day as they all attend the same school. But when she sat out the fun, it seems she had a valid reason for it.

OutDaughtered star Riley Busby often pouts or throws a hissy fit if she doesn’t get her own way. Well, was that the reason she sat out the fun that her fellow quints enjoyed?  Fans might recall that one season of the TLC show revealed that she just about screamed blue murder when her dad wanted to do something else before they went to grab some snacks. On another occasion, she pouted for ages when her dad corrected her for being greedy at Starbucks. But no, this time, it seems she also had a valid reason and not an issue with her mom, dad, or her sisters.

OutDaughtered Quints Have A Blast

Riley Busby and Blayke stayed indoors while the rest of the kids enjoyed themselves outside. On Friday, January 29, Danielle Busby posted up a photo of four of the quints in their hot tub. Fans know that their pool has a hot tub at one end. So, it’s an ideal spot to warm up in winter. In her caption, Danielle said, “I guess it’s a hot tub “bath” for these four tonight 💗 B & Ri decided to stay inside bc its cold out …but man! a hot tub sure does feel nice when its cold out 🥶🔥🛀.”

While the OutDaughtered family lives in Texas, it can still get cold in winter especially at night. In fact, last year they experienced terrible freezing weather with power outages. So, the idea of staying warm indoors certainly has its appeal. So, no TLC fans condemned Riley for not taking part in the fun of a hot tub that doubled as a bath for the kids.

OutDaughtered fans loved the way Hazel Busby posed for the photo. Meanwhile, those people fortunate to have a hot tub agreed that it’s wonderful. Then, others mentioned that “water is water,” so if it cleans the kids, it’s no problem to substitute.

Be sure to catch up on everything happening with the TLC show right now. Come back here often for more OutDaughtered spoilers, news, and updates.