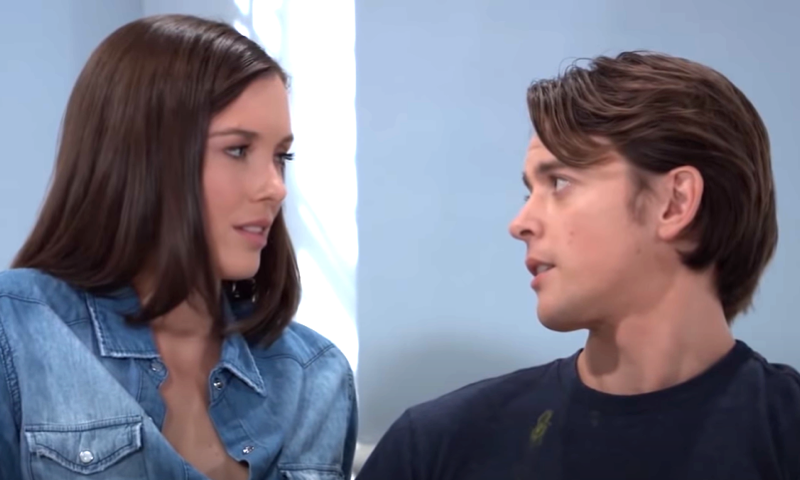 General Hospital (GH) spoilers and updates tease that Michael Corinthos (Chad Duell) may not be as committed to Willow Tait (Katelyn MacMullen) as he says he is. General Hospital viewers will recall that when he introduced her to Pennsylvania Attorney General wannabe Richard Sheridan (David Jahn) he referred to her as his son’s mother!

General Hospital viewers know that Willow has been more to Michael than just Wiley Corinthos’ (Caleb and Kyler Ends) adoptive mother, she was his wife and now his seemingly serious girlfriend! True, perhaps Willow’s annulment from Detective Harrison Chase (Josh Swickard) may not have become final yet and Michael has to take care when dealing with lawyers. General Hospital viewers will recall that Michael made a big donation to Sheridan’s campaign in exchange for formal charges of fraud and identity theft being brought against Nina Reeves (Cynthia Watros)! This was Michael’s way of keeping Nina out of Wiley’s life without having to put the tot through a custody case, anticipating that Nina might go far enough to try and gain custody of Wiley, or at least joint custody. Behind that is a lot of anger and revenge as well, for keeping Sonny Corinthos’ (Maurice Benard) survival a secret from his family for nine months!

General Hospital viewers will have noticed that Michael is consumed with anger and revenge against Nina, nearly as much as his mother Carly Corinthos (Laura Wright) is! This doesn’t necessarily sit well with Willow, who wasn’t happy with his choice of handling the “Nina situation”. The effect on Wiley is the same, if not worse; he has been allowed to form attachments with Grandma Nina during the time that he experienced a loss of Grandpa Sonny in his life, and suddenly having Sonny back when he was presumed to have died is confusing enough! 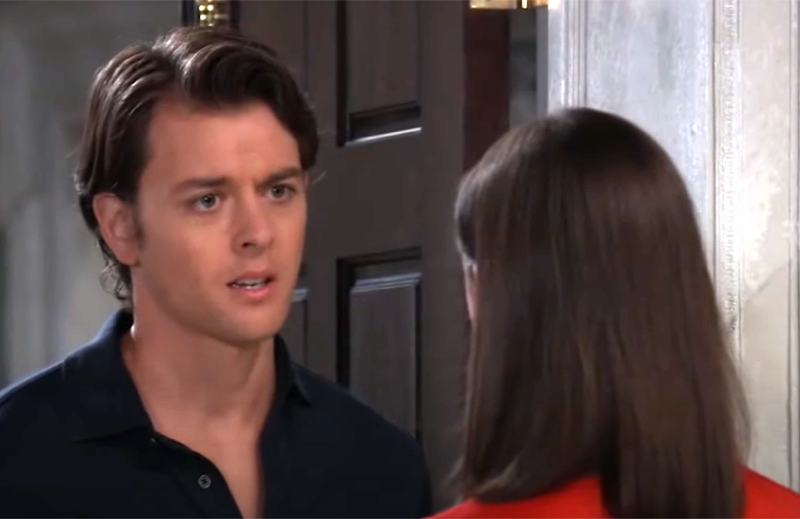 Wiley is now old enough to understand the concepts of death and loss and grief, and he could very well think that now Nina has died too with her sudden disappearance. General Hospital viewers know that Willow doesn’t support Michael in this plan of having Nina prosecuted in Pennsylvania – besides, she is not officially a resident of Nixon Falls, Pennsylvania. The whole case may be thrown out of court unless the FBI is involved due to the jurisdiction issues!

Michael Corinthos May Not Be As Committed As He Says

General Hospital viewers can see that there is already a rift starting between Michael and Willow over the issue of what is best for Wiley, and that he appears to be putting revenge over Wiley’s best interests as far as Willow is concerned! Willow may be committed to Michael, but at the end of the day, she’s much more committed to Wiley! If this disagreement is all it takes to push Michael away from Willow, then General Hospital viewers know that he is not as committed to her as he claims to be. Wiley’s well-being should be foremost in both their minds, but it seems like Willow and Michael have vastly differing opinions on what exactly his well-being is! Willow seems focused on Wiley’s attachment to Nina while Michael seems focused on keeping him safe from someone he is considering just another version of her daughter Nelle Benson (Chloe Lanier)! Willow may be fiercely protective enough to eventually challenge Michael’s own custody of Wiley she loves him so much!