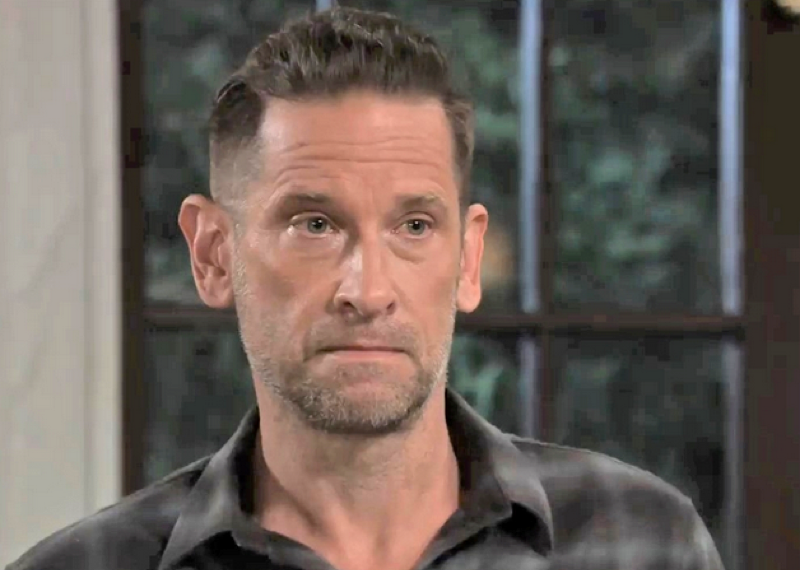 General Hospital (GH) spoilers and updates tease that Peter August (Wes Ramsey) will finally come to his end when Austin Gatlin-Holt (Roger Howarth) takes him out in future episodes of General Hospital! Austin will be protecting Maxie Jones (Kirsten Storms) and baby Louise Jones aka “Bailey Lois Quartermaine” (Harper and Scarlett Bloom) at the time!

General Hospital Spoilers – Peter August Is On The Loose

General Hospital viewers will recall that Peter August is on the loose! It was revealed in previous episodes of General Hospital that Peter had known where Maxie went nearly every step of the way, except what had happened to Louise! Peter had intended to have fake nurse Chloe Jennings (Kimberly J. Brown) deliver Louise, and Peter had passports with fake names prepared for both Maxie and Louise.

But his plans backfired when Maxie outsmarted fake Chloe and sent her to her death in a covered-over pit, and Austin found her in labor in the woods outside Pautuck, New York just in time to deliver her baby – and get conked over the head by Fake Chloe before Maxie lured her to the pit! It was when Austin was unconscious, or perhaps semi-conscious, as the case may be that Brook Lynn Quartermaine (Amanda Setton) arrived to get baby Louise and she became baby Bailey. Maxie did what she had to do in order to keep Louise safe from Peter – by hiding her in plain sight!

General Hospital viewers will recall that Peter was thought to be dead but he wasn’t. How he got out of that morgue freezer below General Hospital in Helena Cassadine’s (Constance Towers) old lab is still a mystery, but during that time he knew Maxie’s every step. He followed her to Nixon Falls, Pennsylvania, and was lurking outside the Tan-O when she went to visit Nina Reeves (Cynthia Watros) there, but he didn’t go after her any further. That was because he could see she didn’t have Louise! 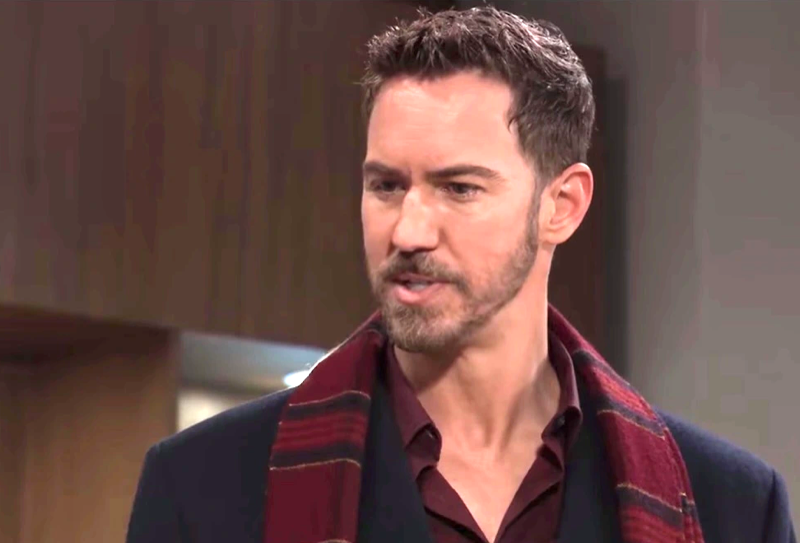 After he set fire to the Tan-O the next place he was seen was at the Cassadine Compound in Greece with Victor Cassadine (Charles Shaughnessy). Anna Devane, (Finola Hughes) Valentin Cassadine (James Patrick Stuart), and Robert Scorpio (Tristan Rogers) all went to Greece on the hunt for Peter and Louise, but General Hospital spoilers and rumors tease that he will slip out of their hands and he’ll come back to Port Charles. Valentin will be brought to the General Hospital ICU and it’s possible Peter is responsible for that as well!

Austin Gatlin-Holt Will Be Nearby When Peter August Strikes

General Hospital spoilers and rumors tease that Peter will indeed return to Port Charles, and maybe try to get to Valentin to end him when he spots Maxie with possibly Brook Lynn and fussing over BLQ’s “baby girl”. Peter will likely figure out that the baby is really Louise! It’s also just as possible that Austin will figure it out and he’ll just be spending time with Maxie and the baby or happen to be nearby when Peter strikes! General Hospital viewers hope that Peter doesn’t succeed in kidnapping Maxie and baby Louise, but he may be in the process of doing so when Austin intervenes! Considering Maxie has guards at her apartment and Brook Lynn has guards at the Quartermaine mansion, this scenario will likely play out either at the Deception offices – close to where “The Invader” was located – or possibly at General Hospital.

General Hospital viewers will remember Brook Lynn got Austin in trouble for HIPAA violations and his medical license is in danger pending a review by the medical board. That situation may be resolved by the time this plays out! Since Austin is peace-loving and wouldn’t carry a gun, he may take Peter down and kill him with a weapon of opportunity – if in GH, possibly a scalpel, or even stab him in the heart with a syringe! Or, kindly country doctor Austin may just surprise everyone with his strength and Maxie escapes with the baby while Austin tackles Peter and they struggle over Peter’s gun and he’s killed that way!