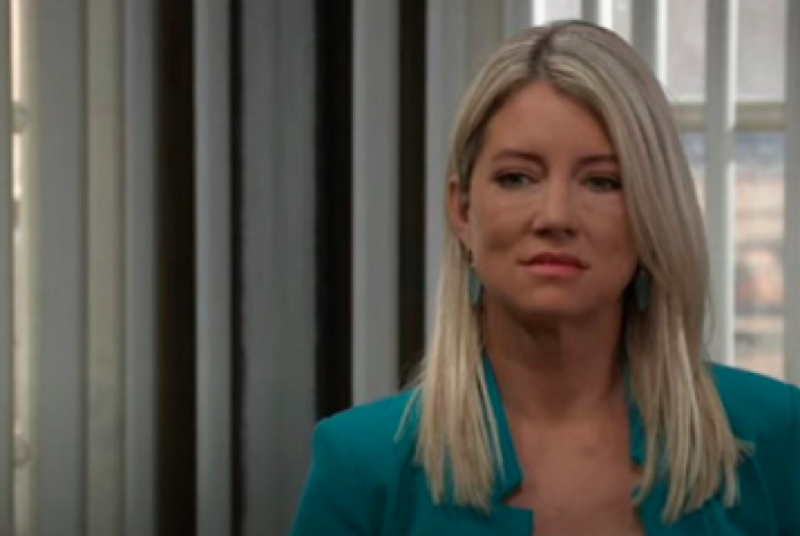 General Hospital (GH) Spoilers and updates tease that Nina Reeves (Cynthia Watros) may be under hot water in upcoming episodes of General Hospital. Nina has been making a new life for herself since she moved to Nixon Falls. When Nina learned about Sonny Corinthos (Maurice Benard) being in Nixon Falls, she was shocked at first and was going to tell Carly about him. However, after talking to Carly, she decided that she would keep Sonny being alive a secret. Sonny, not having his memory or knowing anything about his past, began going by the name Mike before Nina bumped into him.

Since the two ran into each other, they have been through a lot together. This includes the two taking down someone who was targeting Phillis’s business. This brought the two closer together to the point that they have garnered feelings for each other. Recently, however, Nina has had many unwanted visitors since arriving in Nixon Falls. This includes Jax (Ingo Rademacher) who saw a glimpse of Sonny but did not connect the dots. Trina, who brought back Sonny’s special sauce to Port Charles. Recently Maxie came to visit Nina and was quickly pushed to return to Port Charles by Nina. Lastly, Peter showed up threatening to expose everything before being sent on a wild goose chase by Nina. 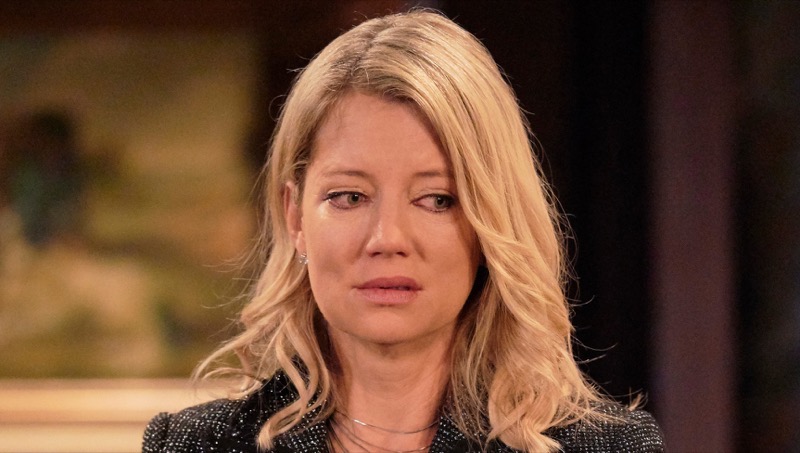 General Hospital Updates – Everything Is Going To Come Crashing Down

However, it seems that Nina’s world will soon come crashing down as her secret is threatened to be revealed. During a recent episode, Trina gave Joss the sauce that she had obtained from Nixon Falls for Joss’s dinner with Jax. Once Josslyn tasted the sauce, she realized that it tastes very similar to Sonny’s sauce. This set off alarm bells for Jax as he put two and two together and now he wants to know the truth. This will lead him to Ava as he wants to know what Nina has told her about her time in Nixon Falls.

It seems that it won’t end there as he may also go visit Nina as well to see for himself that Sonny is alive. This may lead to him trying to get her to reveal the truth or threaten to tell the truth himself. It seems that Nina will be trying to keep him from revealing the truth to the other. Jax isn’t a fan of Sonny but could he decide to tell the truth since his daughter is involved in this. Not to mention that he does not want to see Carly and Jason get married.