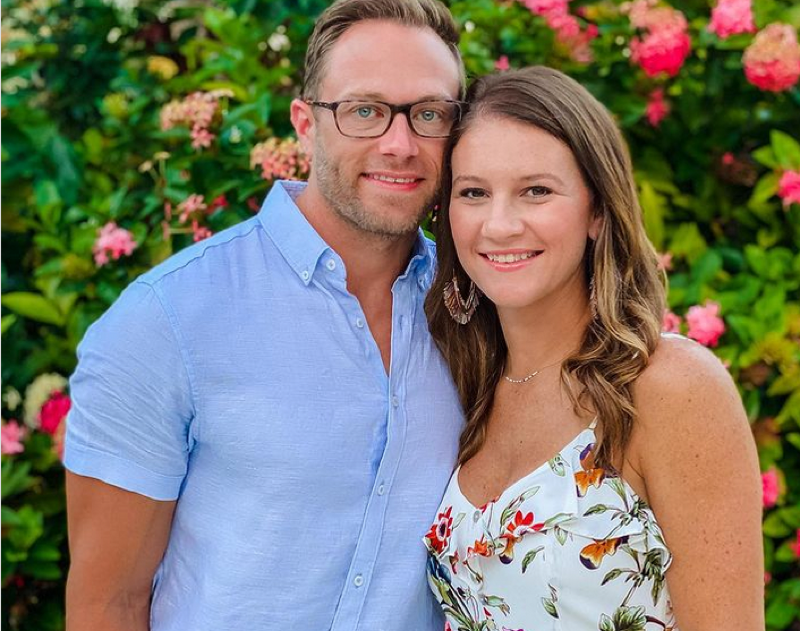 OutDaughtered spoilers and updates tease that Adam and Danielle Busby sometimes pick up a lot of criticism for the way they parent the quints. Actually, they seem like excellent parents, most OutDaughtered fans agree. When fans became helicopter parents and start telling them how to raise the kids, many TLC fans slam the commenter. However, this weekend it looks like one of them gave the couple some solid advice.

So far this summer, the OutDaughtered family never made it to the beach. However, after a couple of small trips to Splashway Water Park, they finally managed some beach time. Of course, the weather’s ideal for it, and soon it might start cooling down. So, Adam said he can’t believe how fast the summer flies by.

Adam and Danielle Busby managed a short break by themselves to Mexico. Then, Danielle met up with some gal-pals for a day or so. Actually, she took some heat for that, but Adam seems like a capable girl dad. Now, they all managed to squeeze in some time with sea, sun, and sand. Plenty of photos arrived, and of course, that brings out the parenting police. 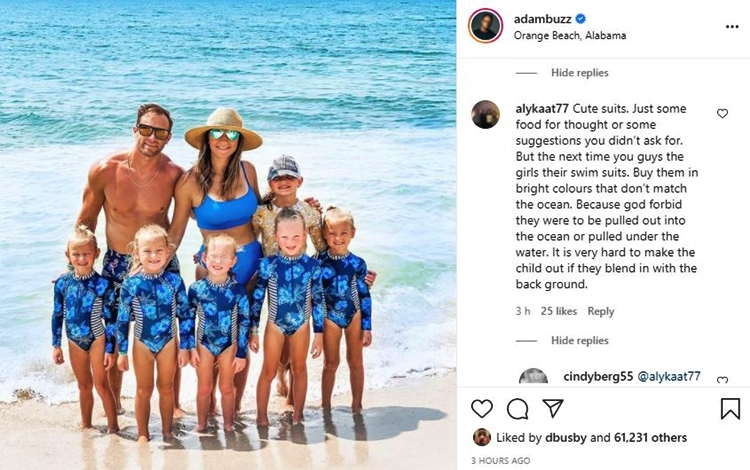 OutDaughtered Updates – The Quints With Adam And Danielle Busby And Blayke

Photos that the OutDaughtered mom shared, revealed they visit Orange Beach, in Alabama. Several of her photos show her with her bestie. And, don’t worry, the kids are there with them. Naturally, she takes plenty of selfies with her beautiful daughters. Plus, Adam shared a few photos. Danielle said that he takes the best shots of the family.

Adam and Danielle Busby posed alongside the quints and Adam wrote, “The girls in the photo are my fav, but the beach isn’t far behind.” The quints wore some really nice swimwear. It’s not clear if they were sponsored or not. However, no hard sell came with the pictures. One fan gave some advice that seemed pretty solid.

The TLC fan told Adam and Danielle Busby, “Just some food for thought or some suggestions you didn’t ask for. But the next time…buy them in bright colors that don’t match the ocean. Because god forbid they were to be pulled out into the ocean or pulled under the water. It is very hard to make the child out if they blend in with the background, (sic).” Well, that got some fans telling the commenter to stop “overthinking” everything.

However, other people of a practical mind agreed that seemed like excellent advice. Noting that sometimes, the ocean can be “brutal,” another fan noted, “It’s a solid piece of advice that comes from a place of concern. and it’s better to overthink than to underthink.“

Remember to check back with us often for more news and updates about the cast of OutDaughtered on TLC.