90 Day Fiancé spoilers and updates tease that between the big family fight between his sister and his mom in which he ended up expelling them from the family gathering, and the constant money problems, Asualu has had enough and wants to return to his home in Samoa.

“It’s just really hard,” he said, noting that he was really upset that his mom and sister accused him of forgetting his roots in Samoa.

90 Day Fiancé Spoilers –  When You Live With The In-laws

As fans know, Asualu and Kalani have been staying with her parents for a while trying to save money and make use of Kalani’s mom for babysitting.

But on the Sunday season finale of 90 Day Fiancé: Happily Ever After? Kalani’s mom, Lisa tells the couple that she is selling the house to be closer to Kalani’s father, Low.

Clearly, this has to be a big problem for Kalani and Asualu since now they have to find and afford a place of their own.

90 Day Fiancé Updates – Being “Kicked Out” Is No Fun

Asualu speaking sincerely to the camera said, “I’m really lost in my brain and my mind,” adding, “I really feel hurt about what happened with my family last night.”

He goes on to tell fans that it really sucks that Lisa and Low are kicking them out of the house, that “It’s just a tough situation.” 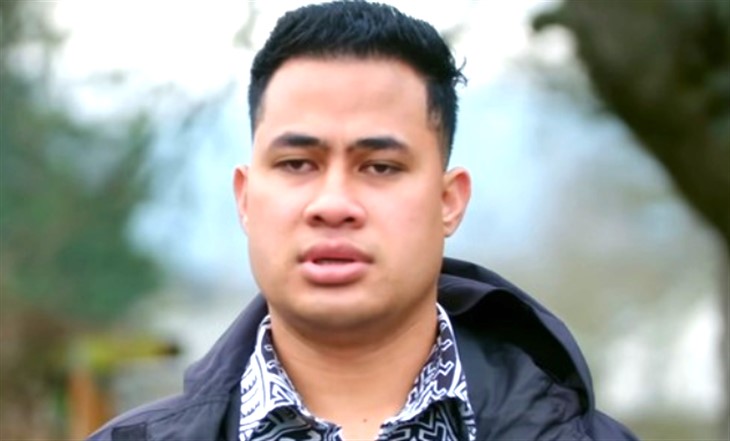 Kalani adds that they’re not really in a position to move and that money is just one problem. They really depend on the help they get from her mom, Lisa.

Kalani says she’s putting on a brave face for her mom but that she and Asualu are “not really that stable” in their relationship.

Advice From A Friend

Later Asualu sat down to have a talk with his friend from Samoa, Tui, to discuss his woes. Tui remarked that, in Somoa, “family is everything,” and that regardless of his troubles with his mom – she would always be his mom.

Asualu fought back tears as he told his friend that he and his wife didn’t have the money that his mom and sister wanted. He indicated that he wished they could see that what they were doing was causing him to “suffer.”

Tui was the one to suggest Asualu take his wife and kids to Samoa, noting that, in Somoa “You can go plant your own food, near your own land. You live free, you have no bills to pay.”

He made sure to show the distinction that, in America, if you can’t pay your bills, you end up on the street.

Kalani and Asualu are differing over the suggested move as Kalani is not prepared to be away from her family. We’ll have to wait and see how it turns out.