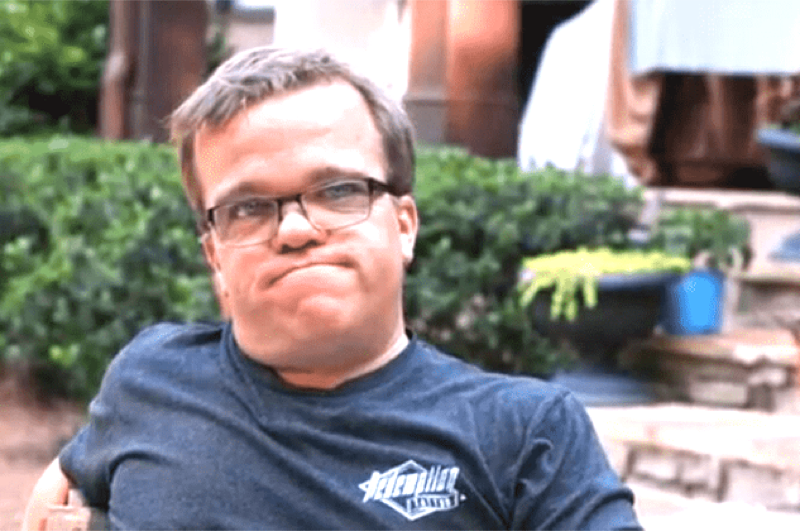 7 Little Johnstons spoilers and updates tease that fans saw in season 9 that Amber and Trent were dealing with the older kids leaving home. A lot of it focused on Anna who seemed really angry that her mom was against it. Meanwhile, it was okay if Lizzie left and set up her own place. Plus, the previous season ended with Jonah being told to move out and get a life. Well, he went for a job as a car salesman, and Amber hated it. Plus, Trent had some concerns about it. However, some fans think that he followed Johan into car sales. Did he actually do that?

Fans knew that Trent seems determined to not rely on TLC for an income. He believes in good old-fashioned hard work and he stresses about the kids. Of course, Jonah seemed like a bit of a loser. He did badly at college. Then, in Season 8, his parents got fed up with him as he seemed to have no concept of the value of hard work. Angrily, they gave him three months to move out and stand on his own two feet. Plus, they demanded that he seriously think about a decent job.

In Season 9 of 7 Little Johnstons, fans saw that Trent and Amber grappled with the idea of the older kids moving out. Apart from Anna, they seemed rather keen on it. However, it also became something of a battle of wills. After all, they seem to be very controlling parents and seemed reluctant to give that up. In fact, Trent embarrassed Lizzie’s boyfriend when he talked about the size of his daughter’s bed. Then, along came Jonah’s progress on finding a job.

Fans saw that Jonah rushed home all very excited as he landed a job as a car salesman. Well, Amber told him it wasn’t a real job. Plus, she felt he couldn’t possibly be dedicated enough to work hard at it. In fact, he seemed utterly disappointed. After all, his dad had a lot of reservations as well. In the end, he took the job despite his mom’s objections. At the time, fans thought she should rather just encourage him, and if he fails, then he learns from his mistake. 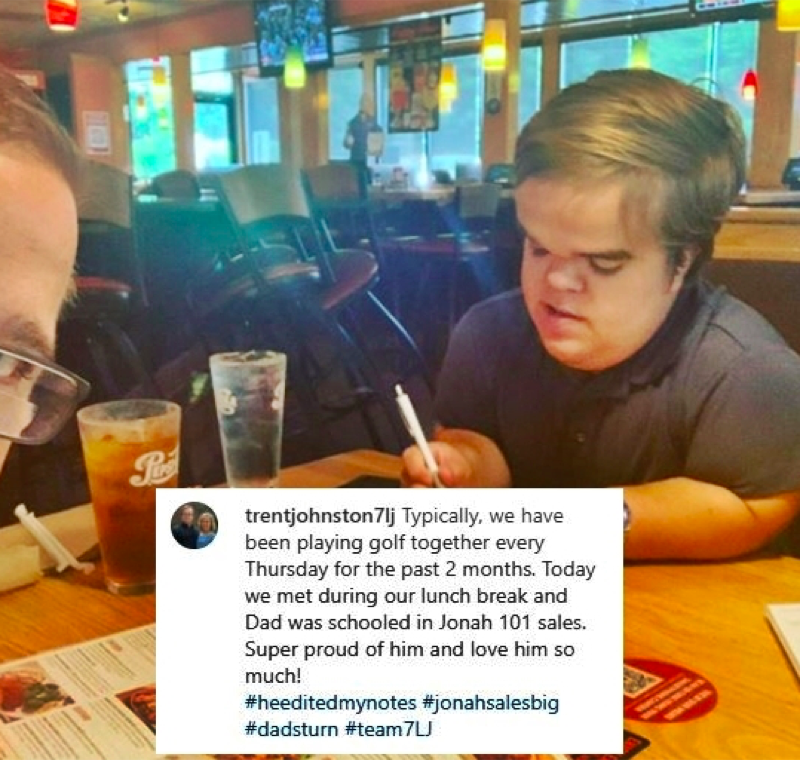 In real life, 7 Little Johnstons fans saw that Trent seemed very proud of Jonah now that he started selling cars. Trent shared on Instagram late last week, that he and Jonah got together for lunch, There, he taught his dad something about sales. He described it as “Dad…schooled in Jonah 101 sales.”

As Trent used the hashtag #dadsturn, TLC fans assumed that he also started a new job that involved car sales. 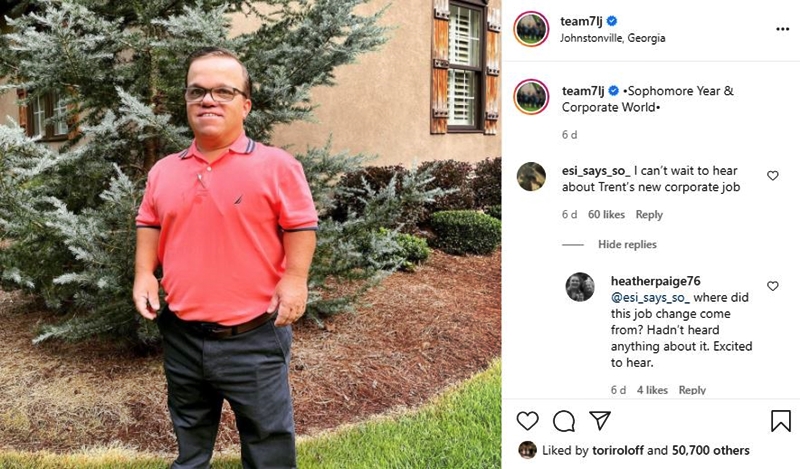 On her Instagram last week, Amber shared about the kids returning to school and about Trent working somewhere new. Bear in mind, he worked for ages as a college groundsman. She captioned it with, “Sophomore Year & Corporate World.” In the photo that showed Trent, he looked like he dressed for work in a corporate shirt.

In the comments section of the post, many fans seemed to think that he took a job with Jonah at Butler Toyota. However, his shirt logo doesn’t look like it might be from that company. Perhaps he took a job in sales somewhere else and not with Johan. Probably, a new season of the show will reveal where Jonah’s dad works now.

Remember to check back with us often for more news, updates, and rumors about the cast of 7 Little Johnstons on TLC.

Sister Wives Spoilers: Christine’s Home Is Up For Sale And Leaving Kody?